What Allison Marchetti and Rebekah O’Dell Mean to Me
END_OF_DOCUMENT_TOKEN_TO_BE_REPLACED

What Allison Marchetti and Rebekah O’Dell Mean to Me 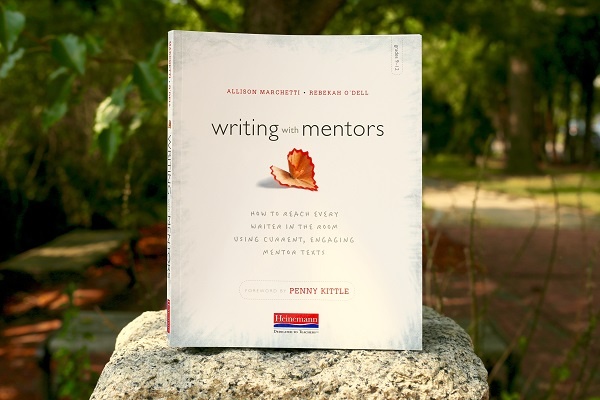 In Writing with Mentors, high school teachers Allison Marchetti and Rebekah O’Dell prove that the key to cultivating productive, resourceful writers—writers who can see value and purpose for writing beyond school—is using dynamic, hot-off-the-presses mentor texts. Today, Heinemann Product Manager Kim Cahill tells the origin story of Writing With Mentors. You won't want to miss this.

What Allison Marchetti and Rebekah O’Dell Mean to Me

That’s what I thought to myself as over a hundred guests took their seats at white-linen tables in a Boston ballroom. A wedding, no. It was actually Heinemann’s commemorative Don Graves Breakfast, part of our 35th anniversary celebration at NCTE in 2013. I looked around from the back of the room and thought, “I will never be in the same room with so many rock stars of the literacy world ever again.” Calkins, Atwell, Daniels, Beers, Kittle, Fletcher, Ray, Newkirk, Harvey, Romano, Keene... the list went on and on. These were my heroes, the giants of my world at Heinemann. As the program unfolded, and we watched the original video footage of Don’s work with children, we were reminded of writing workshop’s beginnings as the simple, gentle encouragement to “tell me more about that.” Watching those videos, in the company of those authors, was one of the highlights of my 30+ year career. But then I realized what made this moment in time truly magical: side by side with Heinemann authors sat classroom teachers from around the country who came to the breakfast because they were writing workshop die-hards. They never knew Don Graves, but they lived his message every day. Don was their hero, and they came to share in our celebration of his life and work. Allison Marchetti and Rebekah O’Dell were two of those teachers.

When Tom Newkirk ended his presentation that morning with a call to action, addressing the younger teachers in the room and challenging them to “carry the torch” of Don’s work into the future, the quiet in the room changed. I didn’t see any fist pumps in the air, and I didn’t notice anyone jumping out of their seat and cheering. It was simply too profound a moment for that—everyone in that room understood the importance of Tom’s words. Heinemann’s future, the future of the writing workshop movement, and the future of how we will support young readers and writers depends upon the “next generation” of teachers.

Tom's call to action was "a catalyzing moment."

But for Allison and Rebekah, a lightning bolt might have just as well landed in the center of the room. Tom’s call to action was, in their words, “a catalyzing moment.” Back at their hotel that night, they vowed to take him up on his challenge. They would first create a blog to showcase their use of mentor texts in the high school writing classroom. And then, they would write a book. They would begin the work of carrying the torch.

Fast forward two short months later. Our editorial team received an unsolicited partial manuscript from two unknown high school English teachers in Virginia: Allison Marchetti and Rebekah O’Dell. And it was good; good enough to hand over to editor Katie Ray for further investigation. Fast forward, again, less than one year later, and Heinemann publishes the book. Allison and Rebekah had become, over the past year, role model authors. Despite their inexperience they operated like seasoned pros, doing everything and more that was asked of them to create a Heinemann-worthy product. Their book received glowing reviews from the field: endorsements from Kelly Gallagher, Penny Kittle, Chris Lehman, Troy Hicks, Jeff Anderson, and others. A Heinemann success story? You bet.

But that is not the Marchetti/O’Dell story. Their story is that these two young unknowns from Richmond, Virginia truly get it—they get it in a throw-it-down, take-no-prisoners kind of way. They get that writing is too often a high school kid’s worst nightmare: staring down a blank page at 2:00 in the morning, with utterly nothing to say. So they close the laptop and skip the assignment. One more epic fail at trying to write. But most of all, they get that writing is too often an adult’s worst nightmare. It is our secret shame. It’s something we never really learned to do well, because it simply was not taught when we were in school. So we hate it. And we avoid it. The senior project manager who has a report due to his supervisors? He sweats the writing of the report a thousand times more than he ever sweated the multi-year, complex project itself. The PTO mom who needs to send an email out to parents and teachers? She stares in humiliation at the words she’s tried to string together, paralyzed by the fear of hitting “send.” Writing can bring even the most intelligent, accomplished, well-spoken adult to his or her knees. Allison and Rebekah know that. They get it. That’s why they teach the way they do—so that every single kid who leaves their classroom has the confidence to go out into the world knowing that they have the tools to write well when needed. They give their students the courage to write. What a gift. What a way to honor Don Graves. Can you imagine how different your life would be if you’d had teachers like this? To leave high school knowing that in any situation and for any audience, over the course of your lifetime, you can write?

Thank you, Allison and Rebekah, for carrying the torch. You make the future look brighter than we ever thought it could on that day at NCTE 2013. You stood on the shoulders of those giants, and then you leapt right off to capture your own star. Well done, my friends.

Kim Cahill is a product manager for Heinemann.

Join us in progress! 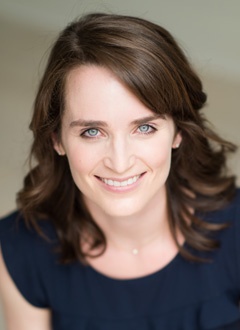 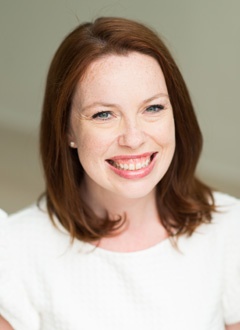 Allison Marchetti and Rebekah O'Dell teach high school English in Richmond, Virginia. Both graduates of the University of Virginia, they are experienced teachers in both independent and public schools, from inclusion classrooms to AP and IB.

Writing With Mentors: How to Reach Every Writer in the Room Using Current, Engaging Mentor Texts is available and shipping now from Heinemann.

Lighten Up Your Summer with Heinemann Audiobooks