The Teacher You Want to Be: Stephanie Jones On The Movement of Students
END_OF_DOCUMENT_TOKEN_TO_BE_REPLACED

The Teacher You Want to Be: Stephanie Jones On The Movement of Students 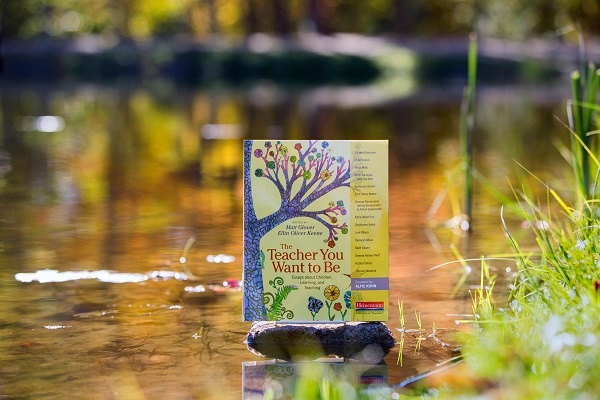 One fall afternoon when the sun dropped just enough to cool the air, I watched a four- year-old boy climb to the top of the playground apparatus and act as if he were readying himself to slide through the cylinder chute. But he didn’t.

Instead of sliding down, he struggled to get himself on top of the cylinder, grunting and pushing his small arms to their limit until he managed to get one foot in place and finally the other.

In that moment I was able to see how one expectation of how the playground equipment is “supposed” to be used could restrict imaginative being—and therefore thought and possibility. Come to think of it, how fun is it really to continually, day in and day out, climb up the steps in the same way, already knowing what the outcome will be? Even a four- year-old masters the expected use of the material playground equipment and boredom starts to set in.

My heart stopped, my eyes widened, and my mouth fell open in this moment of witnessing. Yes, as a researcher I question and challenge the ways adults restrict children’s bodies (and therefore minds), but I still struggle in these moments of whether and how to respond to a young person in action.

He landed, hard, and jumped up, laughing and smiling, and ran to the other side of the playground.

He struggled to do and be something he didn’t know for sure he was capable of, yet without my interference, he was confident enough to give it a try. It wasn’t pretty or graceful or effortless, but it was evidence of creativity, perseverance, risk taking toward the outer range of predictability, and success.

Yes, I struggled to pause, witness, and not intervene.

The struggle over the control of bodies shapes much of the relationship that exists between educators and students every day, all day long. How bodies move through the physical spaces of classrooms, hallways, front offices, and playgrounds produces a lot of uneasiness and conflict. Admittedly, so many of the body-related controls are ritualized so that adults may not sense uneasiness and conflict every day, but that doesn’t mean that children don’t experience it.

Should children be allowed to jump from slides and swings, lie down to do classwork, leave for the bathroom whenever they need to, line up in the classroom without being directed how to do so? These are relatively benign questions about controlling bodies in schools, and more radical ones might include the following: Can children move from class to class without adult escorts, play fight or wrestle on the playground, move in the lunchroom to sit by a neighbor, wear costumes to school, wiggle around while listening to a read-aloud, dance and sing, show their anger and frustration, share their disagreements with adults, or choose to sit at a table when everyone else is gathered on the floor?

Our responses to these questions reveal where we stand in political debates over children, their inherent value and rights as people, or their presumed future role in society.

The Teacher You Want To Be: Essays About Children, Learning, and Teaching, edited by Matt Glover and Ellin Oliver Keene, is out now.