The Teacher You Want to Be: Tom Newkirk On Thinking Small But Always Thinking
END_OF_DOCUMENT_TOKEN_TO_BE_REPLACED

The Teacher You Want to Be: Tom Newkirk On Thinking Small But Always Thinking 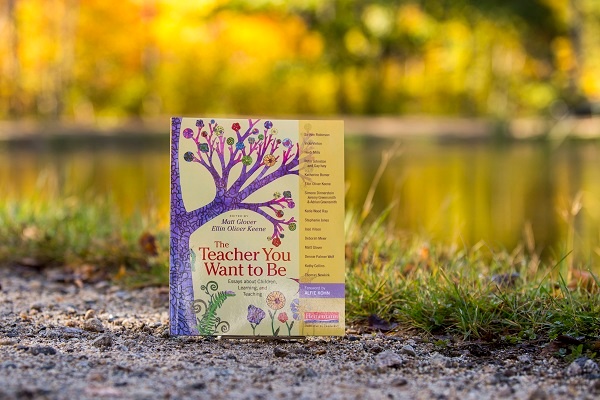 [dropcap]I[/dropcap] personally don’t find this human limitation at all something to be discouraged about. I remember years ago visiting Nancie Atwell’s classroom in Edgecomb, Maine. Her teaching practice, of course, is the most compelling method documented in American literacy education, with her In The Middle extended and modified in three editions. It’s our equivalent to Whitman’s "Leaves of Grass." She had clearly made some major changes in her teaching over her long career, but I couldn’t shake the feeling that her greatness, if you will, seemed an accumulation of small excellences, of attention to craft, intentionality at every point—the way she introduced activities, selected material, invited and extended student comments.

It wasn’t the overwhelming charisma of her personality. It didn’t seem magical, just really good at every point. And I knew that it was her attention to small and lasting improvements that drove her practice for thirty years, right up to the end. I suspect on her last day of teaching, in June 2014, she was still inspecting herself, and saying, “I could have done that better.” As so often happens to me, William James has covered this territory better than I have, and has said it better. In a letter written to a friend in 1899, he said: "I am against bigness and greatness in all their forms, and with the invisible molecular moral forces that work from individual to individual, stealing in through the crannies of the world like so many soft rootlets, or like the capillary oozing of water."

He is against “big successes and big results” and in favor of the “eternal forces of truth which always work in the individual” way. It is precisely that form of truth that I feel teachers create, working “from individual to individual.” It is the real research of practice—the creation of provisional insights, often fleeting, intuitive, and local, rarely articulated, resting on intuition and prior experience, modified by student reaction.

The Teacher You Want To Be: Essays About Children, Learning, and Teaching, edited by Matt Glover and Ellin Oliver Keene, is out now.