Tom Newkirk: On Writing Embarrassment—An Interview with Myself 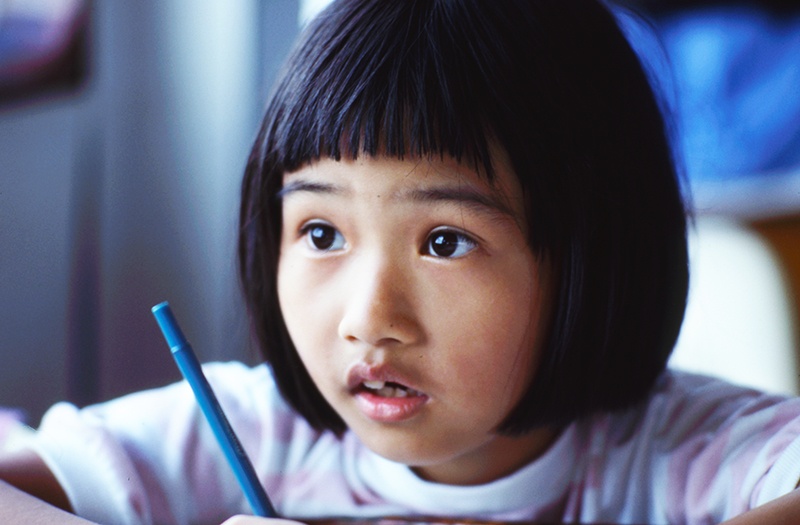 In anticipation of the September release of my new book, Embarrassment: And the Emotional Underlife of Learning, I decided to reflect on what the book can offer teachers, students, and (I hope) other readers intrigued with the topic. We met in Tom’s office, a cluttered upstairs room of his house. From his window, you can see across Mill Pond Road to the former house of his mentor and friend Don Murray, who figures prominently in the book.

In so much of what I read about education, the emotional life of the learner, particularly the teacher-learner, is ignored. We often get these rosy, uniformly successful depictions—all students are motivated, everything comes in on time, the teacher just loves every minute of her job. While I loved teaching, that was never my emotional reality. I regularly felt discouraged. I relived failures, often in the middle of the night. My successes seemed so much more intermittent than those in the accounts I read. I compared myself unfavorably with colleagues, and super-teacher authors and presenters—and I didn’t measure up.

I often felt like some kind of freak—is this just me? Or do other teachers and learners struggle with the same feelings? Do they feel this same pain? And, what can we do about it? I decided to take that on, to plunge into what I call “the emotional underlife of learning.” In the book I try to be as honest as I can be about this social and professional discomfort—and what we can do about it.

So do you use yourself as an example in the book?

Absolutely. In fact, the opening sentence is “I’ll go first.” I tried to ground the book in my stories and those from people I interviewed.

Are you worried at all that this will be a “downer”—when teachers want uplift and inspiration?

Of course I worry—that’s what I’m good at. But I’m convinced that it is far more dangerous to ignore this topic. When we don’t talk about it, we can feel we are the only ones who experience these darker feelings.

In the first chapter, I tell the story of a meeting I attended where clinical psychologists and writing teachers discussed their practices. At one point someone asked one of the psychologists, “Do you ever get bored by what your patient is telling you?” There was a hush in the room, and I was expecting him to say that as a professional he paid attention in a way that kept him from being bored.

But he didn’t say that. He said something like this: “Of course you get bored, and when you do, you have to ask yourself why this is happening.” In other words, the last thing you want to do is deny that feeling. I loved this answer, because I felt at the time—and still feel—that as teachers we experience “taboo emotions” that we have trouble admitting. It is actually uplifting to imagine that we all—every one of us—has these feelings. It’s part of being human. Inescapable. And that we have ways of dealing with them.

What are some of those ways?

One reason embarrassment and other kinds of failure are so painful is that we overrate the consequences of actions. Psychologists call this the “spotlight effect”—we imagine all eyes are on us, when they’re not. At least not usually. It’s part of our natural vanity. For example, I tell the story of a disastrous (in my mind) presentation I gave at a regional conference a couple years ago—and how I still think back painfully to it. But, realistically, I am sure it is only a faint memory, if that, for those who attended.

As I was writing the book, I came across the term “catastrophication,” which my spellchecker doesn’t even recognize as a word. But it’s a tendency to turn a mishap or a mistake into something grandiose and tragic (and permanent)—into a catastrophe. The fact that I can name this tendency helps me monitor it. I also take comfort from one of my heroes, William James, who reminds us all that “our errors are surely not such awfully solemn things.”

In one of the book’s chapters, you interview coaches and Olympic athletes. What did you learn about embarrassment from them?

I wanted to talk to athletes because their failures are so public—and I have always been impressed by the ways in which they absorb defeat and move on. So it was a real privilege to speak with some elite athletes about how they do it. As a swimmer, I was thrilled to interview Lea Maurer, an Olympic champion and former world record holder—later the women’s swim coach at Stanford.

Her mantra was “reset, reset, reset”—put the past behind, clear your mind, and focus on what you need to do now. Her support system, and particularly her longtime coach John Collins, reinforced this orientation. Lea told a story of one of her big setbacks, losing to an archrival in a big meet—and Collins took her out to eat afterward. Following the meal, he ordered for both of them a “Death by Chocolate” dessert, which is not usually a part of the diet of elite swimmers. He turned to her and said, “We will mourn the loss, enjoy this dessert, and talk of it no more.”

Is there a final takeaway for readers of your book?

I explore this in the last chapter, borrowing a question Don Murray would ask me about my writing. He’d ask me, “What is this about?” This book covers a lot of ground, but in the end it is about “self-generosity.” I’ll quote from the end of the book:

As I imagine it, self-generosity is not some feel-good way of dexterously patting ourselves on the back—of feeling comfortable and complacent. It is dynamic, productive, creative—connected with “generative” and “generation.” I imagine it as a capacity to keep going in the face of difficulty, a voice that may, for example, remind us that we have met this same difficulty before—or convince us that we have time for another try at something that is hard—or that we need to step back, relax, take a walk, and come back refreshed. It is a voice that reminds us that there is no shame in seeking help. In the face of disappointment it can be the voice of champion swimmer Lea Maurer—“Re-set, re-set, re-set.” Move on.

I believe we internalize the voices—those that help and those that inhibit—from encounters with teachers, parents, coaches, friends, as well as detractors and critics. I can hope that my voice will be internalized and heard, in some time of difficulty, encouraging my students to be bold, persist, and take a chance—because “our errors are surely not such awfully solemn things.” 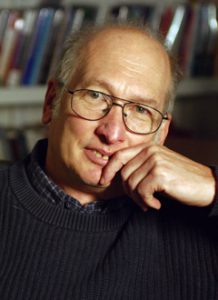 Thomas Newkirk's most recent books with Heinemann are Minds Made for Stories (2014), The Art of Slow Reading (2011), Holding Onto Good Ideas in a Time of Bad Ones (2009) and Teaching the Neglected "R" (2007, coedited with Richard Kent). His Misreading Masculinity (2004) was cited by Instructor Magazine as one of the most significant books for teachers in the past decade. A former teacher of at-risk high school students in Boston, Tom is Professor of English at the University of New Hampshire, the former director of its freshman English program, and the director and founder of its New Hampshire Literacy Institutes.