The Big 5: Katie Wood Ray Tells Us About the Five Books that Made a Big Difference in Her Professional Life
END_OF_DOCUMENT_TOKEN_TO_BE_REPLACED

The Big 5: Katie Wood Ray Tells Us About the Five Books that Made a Big Difference in Her Professional Life 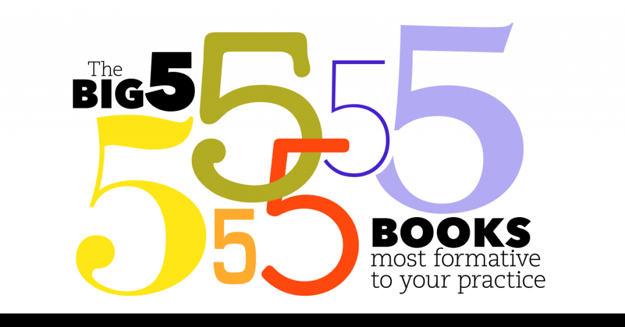 Every so often we like to ask our authors about the books that most affected their teaching, the books that served as a turning point in their practice or opened their eyes to a new way of approaching their work, thinking about education, or seeing children. In this first installment, we bring you the professional book top five of Katie Wood Ray, whose professional background includes both elementary and middle school teaching experience and two years as a staff developer at The Reading and Writing Project, Teachers College, Columbia University. She was also the coeditor of the journal Primary Voices K–6, a publication of the National Council of Teachers of English. She has authored and co-authored many titles , including  In Pictures and in Words, What You Know by Heart, Already Ready, and About the Authors. Katie spent many years as a professional development presenter, and is currently an Executive Editor of professional books at Heinemann.

I read my first professional book in 1988. It was the first edition of Nancie Atwell's In the Middle. I was in my third year of teaching, and the book was assigned reading for a graduate class. I had never seen a book like this—a professional book for teachers—and at the time I had no idea that books like this would become the mooring that tied my practice to a set of deeply held beliefs. Every professional book I have read since, and there have been many, adds another thread to the cable of that mooring, each one making it a little bit stronger.

When so many have meant so much, choosing just five books seemed a daunting challenge. But as I sat in front of my bookshelves and considered the question, something became very clear. For a small handful of books, without even opening them, I can name very specifically what it was in the book that made such a difference in my practice. I can quote the parts almost word for word that have stayed with me and guided my thinking. The words and ideas are alive inside my head.

So in no particular order, here they are, with the words I know by heart.

Lucy Calkins’ The Art of Teaching Writing shaped my teaching in myriad ways, and Lucy’s writing gave me a clear vision for artful professional writing. So many ideas from the book live inside me, but the ones that come to mind first are those about my dear friend Isoke Nia. Explaining how Isoke believes children into being the kinds of writers she wants them to be, Lucy says, “She does this not by listing her expectations on the chalkboard but by living as if they already existed” (29). There are two profound ideas here. One is the understanding that simply by living, I am teaching. Children need to see in me what I hope for in them. The other is the enormous power of acting as if. I’ve wielded this power so many times, especially with beginning writers who don’t think they can. I  act as if they can, and before long, they do!

I think my world may have tilted a little the first time I read Frank Smith’s collection of essays in Joining the Literacy Club. Smith’s words are alive not just in my head but in my writing as well. Some version of “joining the literacy club” can probably be found in every book I’ve  written, and of course “reading like a writer” is the foundational idea behind my book Wondrous Words. Here are both  ideas in a single excerpt from the book: “Once more we are casually reading, and once more we find ourselves pausing to reread a passage . . . We go back because something in the passage was particularly well put, because we respond to the craftsman’s touch. We have read something we would like to be able to write ourselves but also something we think is not beyond our reach. We have been reading like a writer, like a member of the club” (24). Every single idea I’ve ever had about craft study as classroom practice is built from the foundation of these words.

The first time I read Language Stories and Literacy Lessons by Jerry Harste, Virginia Woodward, and Carolyn Burke, I didn’t really get it—at least not at the level it was meant to be understood. This was another assigned text in a graduate class, but I had no experience around young children, so I had no context to bring to it. Years later when I began spending time in my friend Lisa Cleaveland’s kindergarten classroom, I went back to “the purple book,” as we called it, and I saw it through a completely different lens. The authors were naming what I was seeing as I sat beside beginning writers day after day, giving me theory for my actions. These words made all the difference: “the young child is a written language user long before his writing looks representational . . . the decisions which the young child makes are, both in form and in kind, like those we make as literate adults. When we confuse product with process we fail to note the onset of literacy and . . . also fail to appreciate the real literacy achievement made by 3-year-olds” (16). I like to believe that everything I have ever written about beginning writers reflects the belief I found in these words.

My good friend Ralph Fletcher may clobber me for this, but the words that live inside me from his book What a Writer Needs aren’t actually Ralph’s words: “The bigger the issue, the smaller you write” (49). It’s a quote from Richard Price, but it was the first time I’d ever heard this advice, and Ralph’s very compelling examples made the idea stick and have helped me help so many writers through the years. I also think understanding this maxim  made a profound difference in my own writing. I have an unshakable faith in the power of small, specific vignettes to illuminate big ideas about teaching and learning, so in my own professional books, the bigger the issue, the smaller I write (at least I hope I do).

Peter Johnston’s Choice Words (Stenhouse) made me so aware of every little thing I said to children and exactly how I said it. It was tedious at first to think so specifically about language, but that thinking took me to a whole new place. And like so many others, Peter’s exploration of “agency” was a game changer for me. One idea in particular was especially compelling: “Teachers’ conversations with children help the children build the bridges between action and consequence that develop their sense of agency. They show children how, by acting strategically, they accomplish things, and at the same time, that they are the kind of person who accomplishes things . . . To understand children’s development of a sense of agency, then, we need to look at the kinds of stories we arrange for children to tell themselves” (30—emphasis mine). This idea of helping children to have a narrative sense of self, in which they understand and can tell their stories of process, has profoundly shaped how I think about both conferring and the share and reflection time in a writing workshop.

I look at this list and I realize if any one of these books was missing from my reading history, my professional life would be noticeably, qualitatively different. They’re that significant. 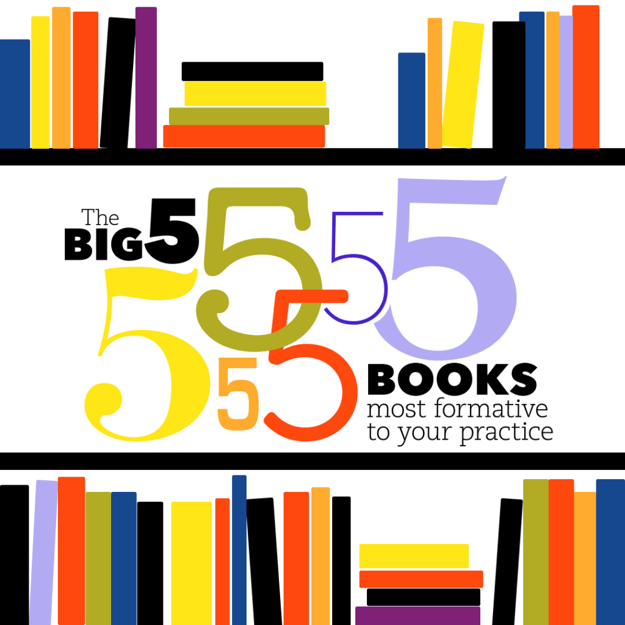 To read more from the "Big 5" blog series, click here.

How The Language of Photography Can Be Used to Teach Writing