Language Study: Answering the Call to Action in the Classroom
END_OF_DOCUMENT_TOKEN_TO_BE_REPLACED

Language Study: Answering the Call to Action in the Classroom 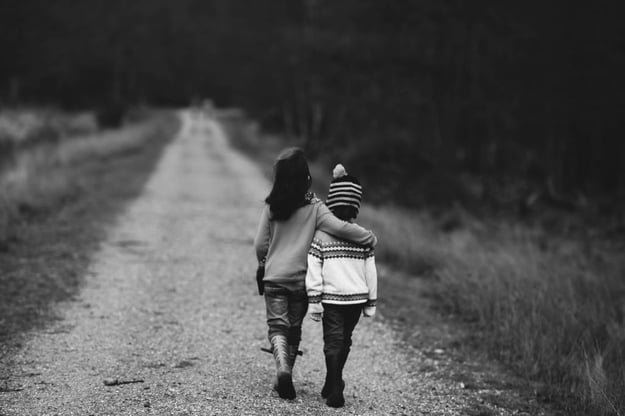 Written by: Jen McCreight based on a section from her book Celebrating Diversity through Language Study.

In today’s climate, many of our students’ families are feeling anxious. Anxious about whether they are welcome in the United States. Anxious about escalating disagreements and protests surrounding immigrants from countries near and far. Anxious that loved ones may be deported. Regardless of our own political beliefs, as teachers, we are called to empathize with, support, and love our students. We are called to respond to their social and emotional challenges as much as their academic ones. I am reminded of this each day that I open the newspaper or read about current events online, and over and over, the following story pops into my head, as clearly as if I had experienced it yesterday.

Mack finished reading aloud an excerpt from his family dialogue journal (as shown in the chapter epigraph), a compilation of letters written back and forth between families, students, and teachers as a way to share our classroom experience. This week, we wrote about people with different skin colors, asking our families, “When do you see people that look different than you in the world?” Mack’s mother, Natalie, responded, “We

all have different skin tones but can be part of the same nationality.”

As Mack read her words in his clear, high voice, his fingers grasping the sides of his journal, it was as if she were there in the room with us. As was our classroom practice, when Mack finished reading, he looked at his classmates and inquired, “Does anyone have any questions or

Hector’s hand shot into the air.

Hector’s eyes immediately filled with tears. The mood in the room became tense, as we all realized something was wrong, really wrong, with Hector.

These students and I had worked and learned together for their kindergarten and first-grade years, and we cared deeply for one another. I frantically tried to link bits and pieces of Hector’s family and home life to Mack’s journal but was unable to identify an immediate connection between Natalie’s reference to different skin tones and Hector’s mother, father, five year- old sister, and infant brother.

“Someone called my house yesterday,” Hector began. “He said that my family shouldn’t be here because we don’t speak good English, and that we should move back to Mexico. We’re moving in February.”

My thoughts began to whirl with phrases like “It’s going to be OK” and “I know that must be so hard.” Instead of saying them out loud, however, I sat silently, realizing that language, a topic that had been at the crux of our classroom learning all year, was failing me.

After a moment of silence, somehow I spoke, if for no other reason than to not allow Hector to continue facing his unusually quiet friends. “Hector, your home is here . You have a home in Mexico, but you have a home here .” I connected Hector’s pronouncement to Mack’s journal entry, adding, “You know those people whom we’ve talked about who thought people with different skin colors shouldn’t be together?”

Christopher rose from Rest Stop (our classroom spot for engaging in contemplation, deep breaths, and quiet time to recover from stomachaches or homesickness). He quickly wound his way around rectangular tables and stray chairs and raised his hand even before he sat down.

Christopher swiftly rose and gave Hector a long, tight hug. I was thankful for the simple brilliance in this action. “We all love you very much, Hector. No matter what, you have a family in this classroom.” Hector nodded bleakly, tears still on his face.

Inwardly, I wondered how Hector had heard this conversation, what threats had been made to his Spanish-speaking family, and whether I should contact anyone from his home to ask for some clarification.

Outwardly, I did the only thing I could think to do. We had a hugging party.

We would be fine.

This story highlights the tightrope my students and I walked between celebrating language diversity and recognizing linguistic bias. While Hector’s story was the first, students periodically told friends and teachers about a “bad man” who called the homes of “all people who spoke Spanish and who were from Mexico” to tell them to move back, “unless they had papers.” Families prepacked bags and mothers told their children they might be moving to Canada. The possibility of these pending moves took up conversational space from morning meeting until recess.

Each time a single child shared, others made our classroom “connection” sign with their hands, their thumbs and pinky fingers held high to indicate they had encountered something similar in their homes. Their experiences made the anti-immigration legislation sweeping across the country come alive.

In such a climate as this one, it would be easy for us as teachers to find the challenges around immigration facing our students to be too big, too complex, too far out of our control. As a result, we may do nothing, choosing to love our students but not to face their trials with them and their families. But I believe we can, and should, do more.

Language study may not seem on its surface to be immediately relevant to facing challenges around immigration and deportation. However, it is a program that addresses so much more than grammar. Language study provides options for validating students’ and families’ home languages while learning new patterns of speaking. Language study calls for teachers to build curriculum from students’ lived experiences. Language study asks students and families to find strength and empowerment through identifying a language-focused problem (such as not having enough linguistic diversity in their classroom library) and enacting a student-centered solution to such a problem. In short, language study calls students, families, and teachers to action. And in an environment where we can feel powerless to affect change, the importance of such opportunities cannot be overstated.

So let’s act, together. 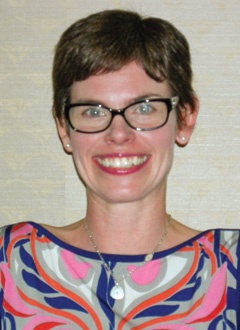 Jen has eight years of experience teaching kindergarten and first grade, and is currently an Assistant Professor at Hiram College in Hiram, OH. She teaches Early Childhood Education courses, and enjoys working with her students and area teachers to honor and build upon language diversity within elementary school classrooms. Jen holds a Ph.D in Language and Literacy Education from the University of Georgia.