On the Podcast: From Inquiry to Action by Steve Zemelman
END_OF_DOCUMENT_TOKEN_TO_BE_REPLACED

On the Podcast: From Inquiry to Action by Steve Zemelman 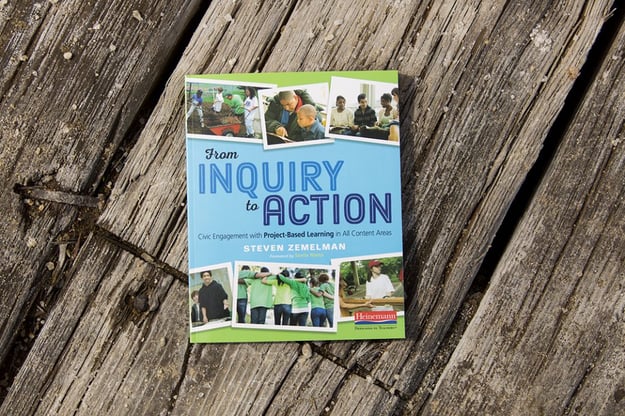 What really matters to your students? They might say the issues in front of them at school and in life. When students inquire into those issues and they’re given an opportunity for their arguments to be read by the city council or published in the local newspaper, they’re eager to research and find relevant information in nonfiction texts to bolster their claims. They become committed to writing, revising, editing and correcting their grammar. They want to think broadly about what reasoning will be effective with their audience. Whether you teach English, social studies, science, or math. 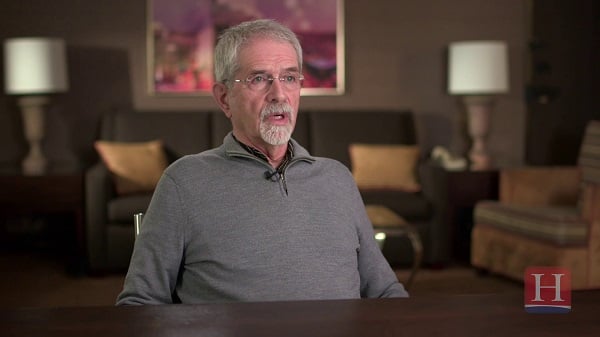 See below for a full transcript of our conversation:

Steve Zemelman:    In one classroom, high school teacher's kids were thinking about what was important to them, what concerned them, and they decided that the big issue they wanted to address was student date violence. They discovered, doing some research, that there was curriculum about this for high school classes. They looked at it, and being teenagers, they didn't like any of it. You know how teenagers are, they roll their eyes, "Oh, this is dorky." They decided to design their own, and they did. Then they piloted it with some teachers right in their school, and refined it from there. Then they went to the school board, made a presentation about this, and the school board said, "You got to talk to our CEO of schools." They went and they did that, and he agreed to make it an accepted part of the social studies curriculum in the city.

Brett:    How can a student civic engagement lead to classroom engagement?

Steve Zemelman:     When teachers look at a project like this involving civic action, they might wonder how it connects with what they're trying to make happen in the classroom, and engagement is a big part of that. When students are doing these projects, they are doing all kinds of academic work. They're researching the issue, they're researching the governmental agencies that they may be trying to influence, they're writing speeches, they're writing letters, they're finding ways to collaborate with each other, they're disagreeing about issues and finding ways to settle those conflicts. Those are all academic skills, and classroom skills that students have to develop, but they're doing it with a passion because they're concerned about that issue. They are engaged in this work, and yet it's academic work. What I want to say is that engagement in civic action is classroom engagement.

Brett:    How have you seen this work benefit students?

Steve Zemelman:     When we think about benefits for students doing this kind of work, well, classroom engagement, which I just mentioned is one of the benefits, but there are a number of others that are really, really important that make me feel like this kind of classroom work should be going on at least some of the time in classrooms in all schools, because we really need it. What are some of these benefits? Well one is that students become much more involved in school. There is one scene where a visitor was asking a child, a fifth grader, about this work, and he said, "Well, how do you feel about school doing this work?" The kid said back to her, "This ain't school, this is important." Students become more committed to school, and to what they're learning, and that's a tremendous benefit.

Another big one is that they are learning to become responsible active citizens. That involves not only commitment, but skills. They're gaining skills that they can use in their community, in their school to make it a better place. Then the larger benefit that is a benefit to them, but to all of us, is that we are gaining able, and well-trained, and active citizens. At a time in this country when there's so much cynicism about public action, about government, about schooling, about almost everything beyond individuals and work. This enables students to become people who if they see an issue in their community, are able to try to make change, instead of just complain and become cynical about it. That's a benefit to them, and to all of us, and that's why we need this done.

Brett:    With this work, what is the teacher's role?

Steve Zemelman:     Teachers have to think carefully about their roles, and the teacher's essential. At the same time, students have to take ownership, and make decisions, and sometimes make mistakes, and figure things out on their own. At least one teacher whose work is described in the book said to me, "If I do everything for them and help them with everything now, they'll never be able to do it on their own." That doesn't mean having them just suffer and become frustrated, but it does mean that the teacher has to step back, and then make decisions about when it's important to step in and help. For example, in one classroom that I was observing, the kids had a strong disagreement about what issue to tackle, and the class kind of divided into two camps.

The teacher had to decide whether to pressure them to make a decision, because she wanted the whole class to work together, but ultimately she decided, "You know what? They're not going to be happy with it," so she stepped in and said, "All right. We'll have two groups, and this group will work on its issue, and the other on it," so she made that strategic decision. Teachers learn to do that as these projects are going. Sometimes they have to step in, and help, and do a lesson, like how do you write a biography, a short biography of an active citizen in your community? Well they did a lesson on that, so the students could compile a book of activists in their neighborhood. There are times when you have to do direct lessons, and other times when you step back and let the students figure it out.

Brett:    How have you seen this work make a difference in the world?

Steve Zemelman:    The aim of these projects is to make a difference in the school, or the community, and sometimes students are successful with this. For example, one fifth grade girl in a school that I visited decided ... In that classroom, students were doing projects individually. She was concerned about students who had some disabilities, and she thought they felt isolated, and she decided that she would organize fellow students to become mentors to those struggling students. Now that is a difference. It's not in the whole world, but it certainly is right in her community. It isn't just the service, it's developing a structure to make things different in that school. Those thing are sometimes possible. Now at the same time, it often happens that the effort isn't successful because students are tackling something that's really different.

For example, in one classroom the students had learned that in courtroom trials of juveniles where there's a serious crime in Illinois, the cases are automatically reverted to adult court. They waive their right to a juvenile court. A lot of people feel that this is very unfair. In fact, it turned out, they discovered that there was a bill in the Illinois House of Representatives to change the law on that. Of course, they had to learn about how the legislature works, which ordinarily would have been something they'd read about in a textbook, take a quiz, and then totally forget. They're never going to forget this. What they discovered was that the bill was in the rules committee. What they then discovered is in, and I'm sure this is true in many legislatures, the rules committee is a place bills go to die. That's exactly what happened.

You could imagine that the kids could get very discouraged. Here they were getting all ready to try to lobby representatives on this bill, and then they discover that there's a deadline, session is over, and the bill never went anywhere and it's dead. What happened is, and I think it's the teacher who arranged this, that there was an organization working on this very issue, so the teacher brought in the head of that organization to talk to the kids about the work the group was doing. Now the kids could see that even though they hadn't succeeded in their specific effort, they could work with this group to continue on this issue. Teachers have to look for ways to help kids, because they do get discouraged, and to bring in activists who talk about, "Here's what I do when I get discouraged," and to encourage the kids, "Look, this is hard work, it won't always work out, but you're doing the right thing." The kids really believe in that.

Brett:    Steve, talk about the difference between the civic action and community service.

Steve Zemelman:    It often happens that people confuse civic action with community service. Community service is a wonderful thing, and it does help make students responsible, and realize that they're things they can do. Most community service is one off kind of effort, like say, serving in a soup kitchen, and it's a wonderful thing, and people should be doing that. The thing about it, in an example like that, is it doesn't actually change any structures in the community, it doesn't do anything that's permanent. These efforts that we see in civic action projects are aimed at doing that in small or larger ways. One example of students who, this was not so much in a classroom, it was actually a city wide committee of high school students who discovered that juveniles, teenagers, when they have arrest records, the records end up on databases throughout the state of Illinois. There are rules that allow juveniles to get these records expunged when they're eighteen years old, but nobody would do it, because it was too complicated. The students worked with some techie people and designed an app that walks people through the whole process. It's a service, but it actually changes things because it makes a structure that was available possible for people to actually use.

Brett: My thanks to Steve Zemelman for talking with us today. You can find out more about his book, From Inquiry to Action, by going to Heinemann.com. Be sure to read more of Steve's blog on Medium.com, and follow him on Twitter. If you like our podcast, be sure to go onto the iTunes store and comment or share with others, be sure to give us a five-star rating, and don't forget to share about the podcast on Twitter or Facebook, and be sure to join our Facebook page as well. Thanks for listening. If you have any ideas for future Heinemann podcasts, be sure to email it to us, socialmedia@heinemann.com. Thanks for listening. 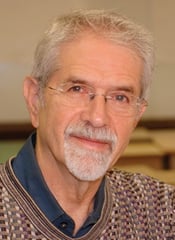 Steven Zemelman's newest Heinemann title is From Inquiry to Action, which combines two of his education passions: Choice-based inquiry approaches and civic action. He blogs frequently about the ideas behind the book and about how  educators around the US are applying them at his blog Civic Action in Schools.

Steve has worked in many capacities to promote the sustainability of innovative schools in Chicago. For eight years he directed the Center for City Schools at National-Louis University, and he is a founding director of the Illinois Writing Project. He has spearheaded the start of a number of innovative small high schools in the city. His experiences and research in these areas led to his Heinemann book 13 Steps to Teacher Empowerment, coauthored with Harry Ross.

Steve consults with schools and districts around the country and may be contacted directly at stv.zemelman@comcast.net or @StevenZemelman.