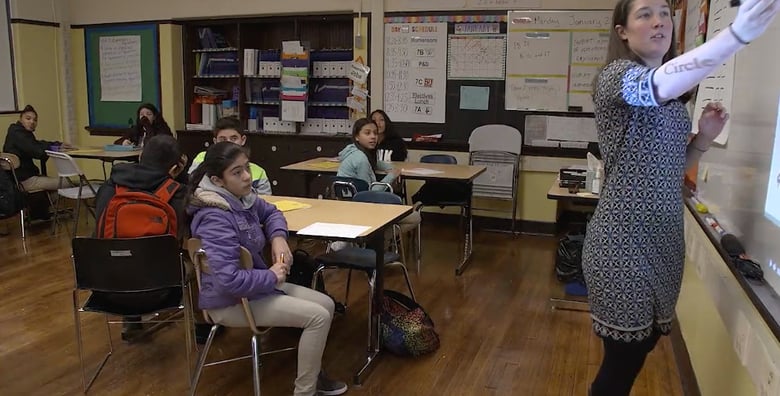 The Boston Teacher Residency (BTR) program was created as a joint initiative between the Boston Public Schools and Boston Plan for Excellence (BPE). The goal: help meet the needs of Boston’s children and families by preparing a diverse group of teachers in high need areas like math, science, and special education.

“With all this focus now on education, we have only begun to pay serious attention to all the skills and competencies and dispositions teaching requires,” says BPE Executive Director Jesse Solomon. “The question was: Are there some sort of forms to this that we could actually document and teach novices?”

See how this question led to the development of instructional routines like the ones featured in Routines for Reasoning:

“I had a very procedural understanding of math, but I was not necessarily taught how to really make sense of problems,” says teacher and BTR alumni Meaghan Provencher. “That was very new for me so at first it was really challenging…but it’s made me a better teacher.”

Learn more about the Boston Teacher Residency program at the Boston Plan for Excellence website: www.bpe.org.