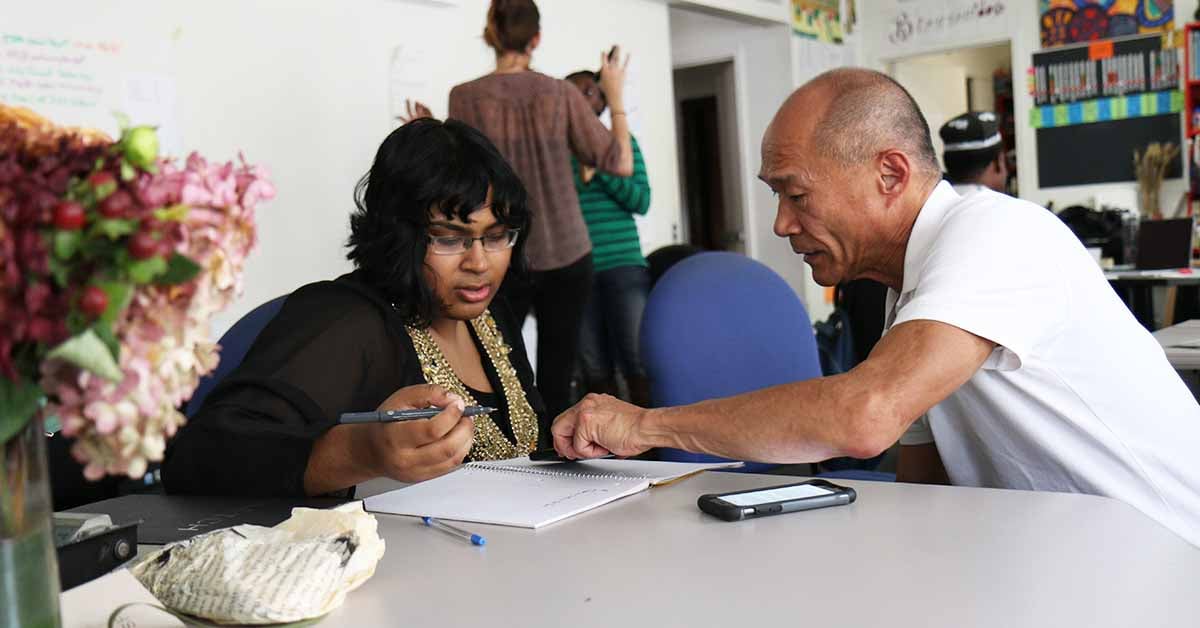 I think many of us protect ourselves from exposure. Often, our need to appear confident, competent, and in control prevents us from taking risks. But how can we ask our students to be vulnerable if we aren’t modeling it ourselves? Certainly, there are limits; we can’t overshare, and we need to be sensitive to the personal experiences of our students. But, I think we can invite opportunities to take risks.

As I begin my journey as a Heinemann Fellow, I would like the following question to guide my action research: In what ways does teacher vulnerability impact student engagement and classroom community? I’m intrigued by this question because some of the most rewarding experiences of my teaching career have occurred when I’ve risked emotional exposure and embraced uncertainty. I’ll begin by looking back on three particular memories where risks were taken, where teachers and students ventured into new territory.

Act One: A Letter About Bullying

I’d always prided myself on establishing a strong classroom community. I believed, and still do, that the most profound learning takes place when the environment is a safe one. One year, however, my sixth-grade class became divisive; there were cliques, which led to bullying, which led to exclusion. Despite my best efforts, I could not bring this group together, and the learning suffered. Unlike my previous classes, this one was not willing to openly discuss the tensions in the room.

At a loss for what to do, I wrote them a letter. I wrote about my own middle school experience, how I lost friends because I was concerned with my status, how, even at the time, I knew my behavior was misguided, but I carried on regardless. I asked my students to read my letter and respond in writing to me. I invited them to write about what they saw happening in our class, how their own behavior might be contributing to the tension. They wrote for an entire period.

When I read their papers that evening, I was shocked. Students admitted to bullying behavior, several stating that in previous years they had been bullied, and now they were the aggressors. Others explained they wanted to stand up to the bullying but feared retribution. The next day, several students thanked me for allowing them to write. Though they weren’t comfortable talking about it as a class, it felt good to share on paper. There was a new awareness, and it helped to alleviate some of the tension in the classroom. I wouldn’t say that group ever became a tight-knit community, but relationships slowly improved after the letter-writing experience.

I wondered: was it the invitation to write about bullying that helped? Or was it the fact that I shared a relevant personal story? Was it both? I can’t be certain, but I’ve always believed my quiet act of vulnerability helped to initiate change. If nothing else, in a classroom that was not emotionally safe for my students, I was able to offer them a comfortable space to share honest reflections.

Not long ago, my middle schoolers wrote free-verse poetry with strong imagery. Subjects ranged from the color of seasons to vacation highlights. There was interest, cheerful participation, but nothing close to deep engagement. Much of the writing was superficial; their poems lacked heart. I decided to ask students to write “where I’m from” poems (modeled after a George Ella Lyon activity), which offer a snapshot of their lives. I’d done this before with some success, but this year, I decided to extend the project.

We took a field trip to a retirement home where pairs of my students sat with a resident. Each student explained our poetry project and read aloud. Next, my students interviewed the residents, asking questions about their childhood, young adult, and adult lives. We recorded the interviews and, after returning to school, began drafting “where I’m from” poems about each resident. We refined our work and returned to the retirement home, where we read aloud our new creations—personal tributes to our new friends. There were tears and long conversations. Email addresses were exchanged, and everyone promised to stay in touch. Weeks later, several residents traveled to view our school musical. The next summer, we were invited to a reception, as the residents proudly viewed the poetry, now framed and hanging in their hallway. It’s been two years, and students still talk about that project as one of their most impactful school experiences.

When students shared their “where I’m from” poems with the residents, it opened a door. When the residents reciprocated with stories of their own, it deepened the connection. Witnessing the cross-generational collaboration and the ensuing joy was magical. Everyone took risks in sharing personal stories, and by the end, relationships were cemented. I had no doubt my students were deeply engaged in the kind of learning one will never forget.

Another school shooting. In the past, after such tragedies, there was quiet conversation among the students, whispers of “Did you hear what happened?” But after the mass shooting at Stoneman Douglas High School, a small group of eighth graders in our school acted. With the national walkout day forthcoming, they presented their ideas to our principal. We decided to meet in the auditorium, where volunteers read a bio of each victim. Next, interested students and staff walked outside, linked arms, and formed a circle around our school—a symbol of protection. Finally, we gathered as a whole school to reflect on the experience.

The ensuing discussion was powerful. Never have I witnessed such honesty, such a sincere sharing of worries, hopes, anger, confusion, and a fierce sense of activism. Our school is founded on student voice and shared leadership. We pride ourselves on building and maintaining a strong community. But sometimes our efforts to reach this goal feel forced. This day, however, one seventh grader stood up and said, “I know we do community-building activities every week, and they are supposed to bring us closer together. But I have never felt as close to any of you as I do today. Being able to talk about this with all of you has made our community stronger than it’s ever been.”

Allowing this kind of open sharing required courage on the part of our administrator. It took courage for students and staff to share so openly. Even for those who didn’t speak, it invited an opportunity to practice empathy for their peers who were visibly emotional. This was only possible because those in leadership positions took risks, made themselves vulnerable.

These memories resonate with me for different reasons, but they have something in common: they made me—and, I believe, others—feel something. Whether it was relief, joy, anger, or confusion, we experienced deep emotional responses, and often, this leads to engaged learning. During my career, there have been countless opportunities to walk into vulnerability, but I wonder how many times I’ve held back, resisted the opportunity to share a poem I’d written, avoided apologizing for the way I spoke to a student, or failed to initiate that crucial classroom conversation. Throughout this school year, I plan to be courageous, take risks, and pay attention to how my willingness to be vulnerable might affect the lives of my students. I invite you to follow along in my journey. In future blogs, I will share my strategies, lessons, successes, failures, and stories from my classroom. 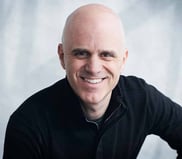 David Rockower (Boalsburg, PA) believes that classrooms should be a second home for students, where they discover and celebrate strengths, where student voice, choice, and engagement are paramount. Currently, he teaches English at the Delta Program, a small, democratic middle school in the State College Area School District. He is also a bi-monthly essayist for State College Magazine and has published articles in The Washington Post and Education Week. In 2017, David was awarded as National Middle School English Teacher of the Year by the National Council of Teachers of English. You can follow him on Twitter @dgrock