Time for Transfer! Using & Reusing Charts & Tools Kids Have Accessed Throughout the Year into Upcoming Units & Into Life, K-8
END_OF_DOCUMENT_TOKEN_TO_BE_REPLACED

Time for Transfer! Using & Reusing Charts & Tools Kids Have Accessed Throughout the Year into Upcoming Units & Into Life, K-8 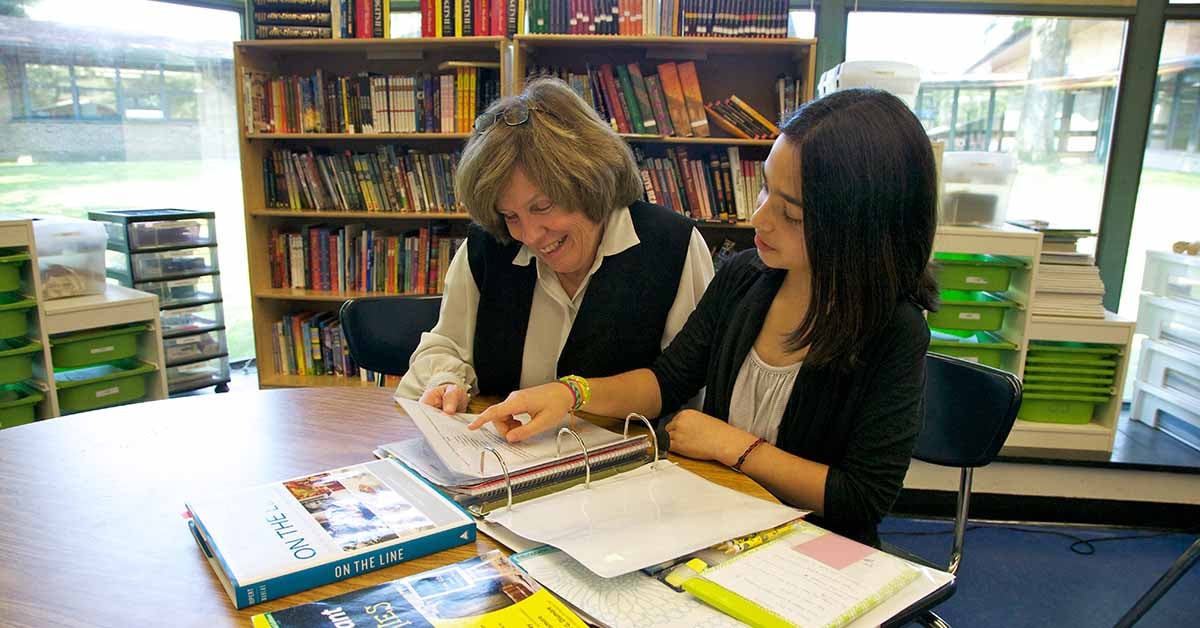 Researcher and expert teacher Grant Wiggins spoke about transfer often. A story he often told was about himself as a soccer coach. After watching his team lose many games he realized that the hard work his players had been doing during practice was not transferring to real games. He realized that his players needed more practice with the real thing, so he started including more scrimmages and matches as part of their practice–and they got better. He watched as his athletes finally began to transfer the great work they had been doing during practice to scrimmages and games, and realized that there were lessons to be learned about transfer in the classroom as well.

In literacy instruction, minilessons, conferences, and small groups is the “practice”-- and authentic independent writing is “the big game.” There are many things that can be done to help students use everything they know even when there isn’t an adult right next to them to remind them to do it.

Throughout the year, anchor charts, checklists, and rubrics can become incredibly helpful tools for students. These tools contain visual reminders of all that you’ve taught. Ideally, these charts have been slowly grown over the course of the year, adding a strategy or two at a time. By April and May, you’ve likely accumulated a collection of tools that can be revisited to help students remember what they’ve learned in past units, and transfer it to what they are currently working on.

Make Each Tool or Technique One of Many

Another tip from Grant Wiggins--as strategies are taught, it’s helpful to highlight that each strategy is just one of many ways of accomplishing the goal. Anchor charts and tools can make this visual by giving a group of strategies a title such as “Writers Can Elaborate in Many Ways,”  or “Many Strategies for Organizing Information.” When strategies are presented (visually and conceptually) as menu options, students can independently choose which strategies work best for them. This helps them to transfer a strategy to many situations independently, rather than waiting for an adult to prompt them to use a specific strategy in a specific moment of time.

The same anchor charts, checklists, and rubrics used during reading or writing workshop can be used during social studies and science, supporting students to transfer what they’ve learned in one area to another--and another, and another. Many teachers plan for this strategically, mapping out the work that will be introduced in reading and writing, and when it will be introduced in the other content areas. Rubrics and checklists used for reading and writing can easily be applied to social studies and science, so that students are held to the same quality of reading and writing no matter the time of day, and they have the opportunity to transfer what they’ve learned in one area to another.

Initially, students might rely heavily on your reminders and anchor charts to put strategies into action. Eventually, they need to be able to do the work completely on their own. The gradual scaling back of support is known as “gradual release of responsibility model” (Pearson & Gallagher, 1983). Intentionally scaling back extra support increases the amount of student independence. For example, at first you might explicitly direct students to practice specific strategies on an anchor chart, daily, with fewer and fewer reminders as time goes on, until students have practiced the strategies so often that they become habits. The strategies eventually go “underground,” and the chart is no longer needed as a reminder at all.


Each Wednesday night at 7:30 pm EST the Teachers College Reading and Writing Project hosts a Twitter chat using the hashtag #TCRWP. Join hosts Mike Ochs @readwritemike and Elise Whitehouse @ewhitehouse09 to chat about using and reusing familiar charts and tools throughout the year and beyond.

Elizabeth Moore, literacy consultant and coauthor of two books in the Units of Study for Teaching Writing and Units of Study for Teaching Reading series, has been a first grade teacher, fifth grader teacher, literacy coach, and lead staff developer at TCRWP. She has also served as an adjunct instructor in the Department of Curriculum and Teaching at Teachers College, Columbia University. Currently she lives in the mountains of northern Vermont where she finds adventure around every corner.