Rules for Engagement: Igniting and Challenging Kids’ Creativity and Empathy

In this article, middle school teacher Sam Reed shows how students who act like “they’re too cool for school” can find themselves engaged in learning. Want to share your thoughts on this? Subscribe to the Heinemann Digital Campus and join the discussion. Unlimited access to more articles like this, as well as video clips and full-length books are available on the Heinemann Digital Campus. Subscribe now: http://www.heinemann.com/digitalcampus/referenceLibrary.aspx

Rules for Engagement: Igniting and Challenging Kids’ Creativity and Empathy 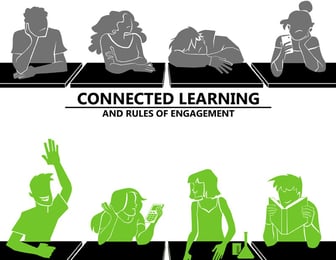 During a minilesson I was presenting on the importance of empathy, one of my “too cool for school” girls protested, “Why are you trying to teach us how to get along? What does empathy have to do with learning how to read?” Welcome to the messy and complex world of classroom teaching. Motivating students who view learning as a one-way transaction and school as generally not a fun or generative space is an ongoing challenge.

The rules for engagement require teachers to ignite students’ natural interests and passions. The hook for many of my struggling and disengaged students is a connection between “curriculum” and their personal lives. When my students began a close reading of The Odyssey, they explored the mortals, immortals, demigods, monsters, and titans of Greek mythology in the context of the exotic locales visited by Odysseus, then used this knowledge to create their own board games based on his travels.

The rules for engagement require that students use their imagination. Albert Einstein said, “Imagination is more important than knowledge.” Therefore, I need to create opportunities for my middle schoolers to play and use their imitative imagination (reconstructing past images or experiences) and their creative imagination (relying on these past images or experiences to construct sensations or conditions never before experienced). When students tinker, try new ideas, and collaborate, they learn more than just content, they produce something of which they can be proud. To sustain my students’ interest in The Odyssey, I designated time both in and after school when they could construct facsimiles of Greek gods and goddesses, weapons, and other elements important to the story. Without prompting, nearly twenty “too school to be cool” kids showed up at the after-school session. A boy in a group of male students who were creating a statue of Athena out of cardboard said, “It’s cool that we get to work on whatever we want to make.” This freedom to “make stuff” is also a cornerstone of highly successful companies like Google.

The rules for engagement presuppose a classroom that promotes risk taking, embraces learning from mistakes, and emphasizes that process is as important as product. Many of my students are not accustomed to an inquiry-infused, collaborative curriculum, and tensions naturally arise. I had my class watch and discuss Steven Johnson’s YouTube video Where Good Ideas Come From:

We learned that effective collaboration requires an appropriate space, adequate time, and empathy.

After we discussed what collaboration looks and sounds like, student working groups, or pods, created their own board game prototypes. Some of their ideas were very creative; I was impressed by their thorough knowledge both of game concepts and the content their games incorporated.

A collaborative classroom does not happen overnight. My students had an “aha” moment during our character study of Odysseus, in which we explored the tragic results of Odysseus’ arrogant and nonempathetic behavior. I was delighted when I overheard the girl who asked the question with which this essay begins tell her fellow pod members, “This is why Mr. Reed was trying to teach us about empathy; look at how Odysseus’ cocky behavior caused problems for his comrades.” Eureka! The realization that individual behavior influences group behavior had major impact on our class dynamics and learning.

The rules for engagement require that students be treated as fabricators, designers, and real-world problem solvers. We live in creative economy, and our students will have to be creative problem solvers, know how to collaborate and communicate, in order to compete in the global marketplace. Therefore, it is critical that students share their work and knowledge outside the classroom. After my students designed their own board games and cardboard creations, I had them demonstrate their knowledge of The Odyssey by creating multilevel video games on Gamestar Mechanic’s website. Working in pods of three or four, students brainstormed game concepts, created storyboards and prototypes, and solicited feedback to improve their design ideas. Later, one of the alpha males in the class asked, “How did you know we would like doing this?” He and many other students came to see the value of connected learning, not just learning for learning’s sake. The work we were doing in class was useful outside the classroom.

Crafting Effective Communication and Rhetorical Skills
The rules for engagement work best when students have authentic purposes and audiences. The Common Core standards emphasize argumentative reasoning. My mostly emerging writers were highly motivated to craft, revise, edit, and publish persuasive letters to share with the Gamestar Mechanic community. In their Odyssey Game Design Persuasive Letters and video game pitches , they used sophisticated rhetorical tools (logos, pathos, ethos) to elicit reader response. They also demonstrated their understanding of The Odyssey. Hard-core “too cool for school” students were among those most excited when real gamers and educators responded to their video game concepts. To wrap up our unit, students wrote and published argumentative essays discussing fate versus free will. They used quotations from The Odyssey and experiences from their own lives to present compelling arguments for which is more important: fate or a person’s own choices and decisions.
Connected Learning Gets Results
My students’ initial audience was their classmates and I, but they also had the option to submit their work to the 2014 Scholastic Art and Writing Contest. They submitted over forty persuasive essays, short stories, poems, art pieces, and game designs. Their productive engagement was the result of the personal connections, empathy, and entrepreneurial transactions that had occurred during the unit.
Resources
1. Ancient Greek Mythology Board Game Handout – Tips for helping students create their own Greek Myth board games.
2. WragsInk- Interactive Card Games  – Sample Greek Myth educational game card
3. Imagination Foundation’s, Global Cardboard Challenge  – Tips on how to organize A Cardboard Challenge event for schools or after school programs.
4. Gamestar Design Process Project Handout - Tips for helping students design and make prototypes and storyboard for video game projects
5. Sample Video Game Design Pitches and Responses JR’s Pitch and Response to JR,  ACJ’s Pitch and Response to ACJ  DB’s Pitch and Response
6. Fate Vs Free Will Argumentative Essay Project Sheet – Tips for helping students develop argumentative essays – important Common Core skill and competency.
7. Scholastic Art and Writing Contest-  The Alliance for Young Artists & Writers identifies teenagers with exceptional artistic and literary talent and brings their remarkable work to a national audience.
8. Boys Write Now Art and Writing Video – An art and writing workshop collaboration.
9. Video Gaming in Education Infographic - A Visual depicting how video games are changing education. 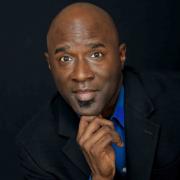 About the author:
Samuel Reed, III, a teacher consultant with the Philadelphia Writing Project, is an active member of the Teacher Action Group (TAG Philly) and has been teaching middle school students to read, write, and think for more than 15 years. His passions include arts in education, media literacy, and understanding youth culture. He blogs for the Philadelphia Public School Notebook and his work has been published in University of Pennsylvania GSE Perspective of Urban Education and the journal On Common Ground by the Yale National Initiative. He can be reached at sriii2000@gmail.com. Samuel Reed also recently won the prestigious 2014 Black Male Leader Award (BMe) F or more information on the award: http://thenotebook.org/147383/beeber-middle-school-teacher-among-10-black-men-philadelphia-receive-10000-award#.U6RR7_M4Xmw.twitter
You can also follow Samuel on Twitter here: https://twitter.com/sriii2000

Take a First Look at The Listening To Learn Math Interviews and Join The Conversation!