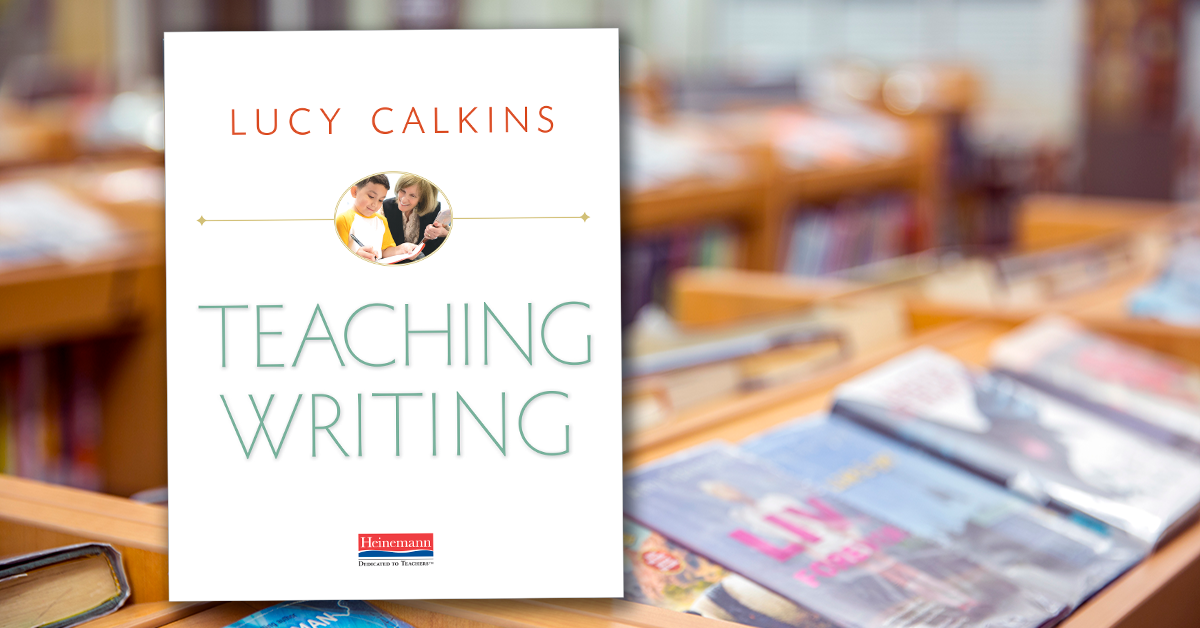 The following has been adapted from Chapter 1 of Lucy Calkins' highly anticipated new professional book, Teaching Writing. To read Chapter 1 in its entirety, download the sample chapter.

I want to introduce myself by letting you know that I’ve been at this work for a long time, since the field’s beginnings, really. It happened serendipitously, as life often does.

The Invention of Writing Process Instruction: My Early Story

As a youngster, I longed to find a way to make a difference in the world. That led me to tutor kids in a settlement house near the Bethlehem Steel plant on the shores of Lake Erie, working under the leadership of my church’s youth pastor, a man named Donald Graves, a man who went on to become a great leader in the field of teaching writing.

So I grew up to be a teacher, and I taught and learned in some amazing schools, including the British primary schools—a highly renowned system at the time. I couldn’t keep all I was learning to myself, so I began writing articles for educational journals. Writing led me to read A Writer Teaches Writing by another Don—Don Murray (who won the Pulitzer Prize for his work at the Boston Herald). I was enthralled by his book about the writing process. I used that book not only to improve my own writing, but also to transform my own elementary school classroom into a very early iteration of a writing workshop. The work my students did in that early form of writing workshop further fueled my own writing. Soon, I was published enough that when I attended conferences people would read my name tag and be startled that I was only in my twenties; they told me they had seen my name on so many articles about teaching writing that they had imagined “Lucy Calkins” would be an elderly Southern woman. (Why “Southern,” no one explained!)

After several years, I finally gathered my courage and wrote to Don Murray himself to tell him how his ideas had inspired my teaching. Then the great miracle of my life happened: Don Murray took me under his wing and began coaching me in writing.

Meanwhile, by some strange twist of fate, Don Graves, my former pastor, became a professor of education at the University of New Hampshire—the very same university where Don Murray, my writing mentor, now worked as a professor and as a researcher of the writing process.

The two Dons were now colleagues. Murray’s work was generating a great deal of excitement and it would lead to a large-scale, national reform of college writing and composition courses. Graves’s work was also generating interest, and he was awarded the National Institute of Education’s first major grant to study writing development in children. I was at the intersection of these two great men at this critical time in their work. I moved to New Hampshire, became a researcher with Don Graves on the NIE study, and formalized my apprenticeship with Murray.

The above has been adapted from Chapter 1 of Teaching Writing by Lucy Calkins. To read the rest of Chapter 1, download the sample chapter.