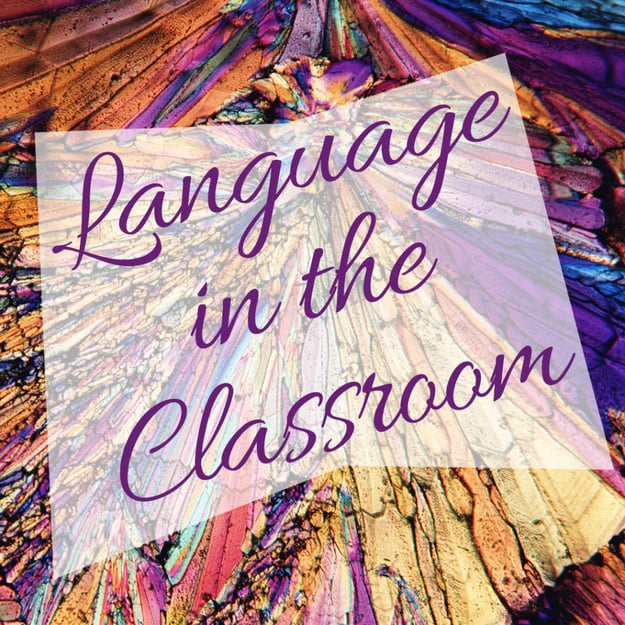 This week on the Heinemann blog, we’re sharing a series on Language in the Classroom. The series was inspired by an article published by NPR on Sunday, Oct. 23, 2016, on the ways we teach English Learners in our country. While the NPR article was specific to English Learners, our hope is to use that as a jumping off point to broader topics of language instruction in the classroom. Each day this week we will feature articles, excerpts and insights directly from Heinemann authors and affiliates that further the conversation surrounding language diversity in the classroom, the challenges it presents, and what we know works.

Students: “Miss, we can’t be speakin’ in class like we speak in the hood. We leave that stuff at the door”

Students: “‘Cause it’s not proper”

“I refuse to accept a world where my language is deemed worthless in the classroom while it clearly has the power to garner billions for a private corporation.” --Me

What if I told you that the way you use language every day in your classroom, regardless of content area, has the power to either reinforce or disrupt inequality? The day my 2014 TED Talk, “3 Ways to Speak English,” was released, detailing my unapologetic pride in the 3 varieties of English I am fluent in, I received hundreds of messages from people of every race, class, and creed across the world. Most of the messages were long testimonies about how painful it has been to navigate the tensions between “Standard” English and the varied forms of English that mark their communities. The word “shame” was used a lot. The word “fear” was used a lot. My heart was warmed and deeply disturbed at the same time. There was something here… 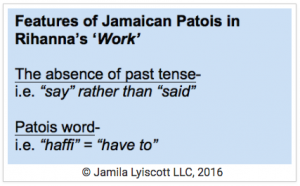 Fast forward to 2016 when Rihanna’s hit, “Work” began topping the charts. Not surprisingly, a barrage of articles, tweets, etc. accusing her of speaking “gibberish” in the song followed close after. Then…madd posts (especially from Black Twitter) came to her defense callin’ people out and assertin’ that Rihanna, was in fact, using creolized forms of Jamaican English with West African roots called, Patois. In just one line of the song, “he say mi haffi work work work work work work,” the absence of past tense, and the word “haffi,” unique to Patois, are a few features of the complex rule-governed  linguistic practice that was casually dismissed by too many as “nonsense.”

What is Liberation Literacies Pedagogy?

Every literacy practice is a powerful container full of culture and history about the people who use it. For example, in Trinidad and Tobago, the land  of my people (Boop! Boop!), the Creolized Caribbean English used in everyday life is often peppered with the word “Oui.” My father be like “Wayyyyy. De man gon’ quite down de road, oui!” (translation: “Wow. The man went really far down the road.”). The use of the word “oui” in Trinidadian English is a residual of the French settlement in Trinidad during the French Revolution!

The failure of the masses to understand and value diverse forms of expression that come from People of Color…the fear my students harbor in their spirits that if they speak the “wrong” way in the wrong place they will be looked down on as “ratchet”…the way negative attitudes toward Black forms of language and expression run parallel to negative attitudes toward Black bodies in our society…and equally as important, the enrichment we rob ourselves of when we fail to value what diverse forms can add to our world…are some of the many reasons why over the past 2 years I have been working with dozens of early career educators to implement what I have termed Liberation Literacies Pedagogy into their classrooms. Together we’ve used this approach to center hip-hop, spoken word, digital literacy, and non-standard forms of English and watched the transformation of both students and teachers.   It is a framework that demands every teacher to create space for student voice and action by equipping their classrooms with multiple literacies toward:

It is a framework that sustains the literacies, interests, and cultures of students that are traditionally labeled “nonsense”…as not intellectual…as valueless in their quest for education. Simultaneously, though, the famous McDonald’s slogan, “I’m lovin’ it” utilizes a feature of African American English called consonant variation…the same feature that African American students are taught is “wrong” in their classrooms even as they watch its power to effectively help McDonald’s gain mass appeal.

I refuse to accept a world where my language is deemed worthless in the classroom while it clearly has the power to garner billions for a private corporation. So Liberation Literacies pedagogy creates collaborative contexts where content MUST BE engaged through literacy practices relevant to students and their communities for intellectual development, critical consciousness, and social action against the educational injustices that directly affect their lives.

This is the first part in a two-blog series. The second part focuses on strategies for using Liberation Literacies 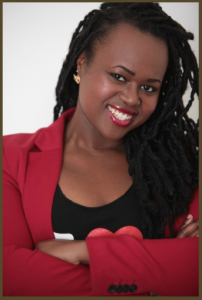 Jamila Lyiscott is currently a Postdoctoral Fellow at the Institute for Urban and Minority Education (IUME) of Teachers College, Columbia University, and a professor at Long Island University where her work focuses on the intersections of race, education, and social justice. The recently awarded Cultivating New Voices among Scholars of Color fellow also serves as a public speaker, community leader, and educational consultant locally and internationally. Her scholarship and activism work together to prepare educators to sustain diversity in the classroom, empower youth, and explore, assert, and defend the value of Black life. Jamila's recently featured TED Talk, "3 Ways to Speak English," was viewed over 3.5 million times. She has also been featured on NPR, Huffington Post, Upworthy, The Root, Radio New Zealand, Lexus Versus and Flow, and many other media outlets and her scholarly work has been published in several peer-reviewed journals. As a testament to her commitment to educational justice for students of color, Jamila is the founder and co-director of the Cyphers For Justice (CFJ) youth, research, and advocacy program, apprenticing inner-city youth and pre-service teachers as critical researchers through hip-hop, spoken word, and digital literacy.

All About the Complete Comprehension: Expansion Packs for Fiction and Nonfiction