Steve Leinwand: Just Ask Them "Why?" 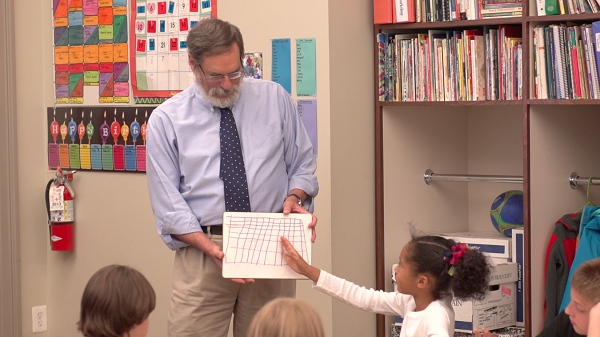 “Consistently following up most answers with a request for an explanation conveys the powerful message that good mathematical thinking begins with an answer.” —Steve Leinwand

If you’ve ever heard Steve Leinwand speak, you know he is energetic and opinionated. More importantly, he is fiercely devoted to the best possible mathematics instruction for all students. In today’s blog, which is adapted from his bestselling book Accessible Mathematics, Steve talks about why he wants “Why?”, “How do you know?”, and “Can you explain?” to become mantras in all of our classrooms.

Failing to follow up a student’s answer with “Why?” or “How did you get that answer?” or “Can you explain your thinking?” is a serious missed opportunity I observe in classroom after classroom. It’s as though we’re programmed to receive the “right answer.” Once it is received, often from as few as a handful of students, we assume that all is well and that it must be time to move on to the next question. More specifically, here’s the classroom dynamic I often hear: “Aida, what kind of triangle is this?” Aida correctly responds “isosceles.” The teacher, smiling or nodding, responds “good” and moves immediately to “And Max, what kind of triangle is this?” I’m left silently screaming, in utter exasperation, “But why is it isosceles, Aida?”

Or think about any of the hundreds of two- or three-word or one-number answers that pass for discourse in the typical mathematics class: “A proportion,” “Eighty-five,” “The square root of three,” or “They’re congruent.” Fine, but what we also want to know—in fact, what we need to know—in all classrooms is “Why do we need a proportion?” “How did you get eighty-five?” “Why isn’t it the square root of five?” and “Can you explain why they’re congruent?”

Consider what emerges from the simple scenario of asking Aida “Why?” Not uncommonly, she will respond with something like “Because it has two equal sides,” which now serves as the perfect launching pad for the teacher to ask, “Anyone else?” This in turn is likely to elicit statements such as “Because it has two congruent sides” and “Because it has two sides of equal length” and “Because the base angles are congruent.” Such discourse reinforces your commitment to a language-rich classroom. It opens the door to a classroom culture of justifying all answers and to an atmosphere that respects and encourages alternative answers.

When we reflect on our classroom dynamics or observe our lessons on videotape, we see that rarely are more than half the hands raised when we ask a question and that rarely does more than a quarter of the class regularly call out answers. That leaves a lot of room in every class for students who don’t know the answer, aren’t certain of the answer, are wary of volunteering what might be a wrong answer, or simply don’t care. Creating an environment where all students in the class get to hear explanations or justifications and where multiple explanations are valued makes it far safer for students to take intellectual risks. Beyond providing critical insight into students’ thinking and understanding, these classroom dynamics often result in unexpected, yet still correct, answers.

For anyone unsure of the power of just asking “Why?” or unaware of how rarely it is employed in many classes, consider what happens when you dare to question the correct answer proposed by one of the brightest students in your class with something as simple and innocuous as “Really?” The student’s typically flustered response “What did I do wrong?” suggests that he or she is only questioned for wrong answers and is almost never asked to explain correct answers.

But perhaps most damaging is how incorrect answers are commonly responded to. I hear teachers responding, often with the best of intentions to provide appropriate feedback, “No,” “Wrong,” “Not quite,” “Come on, James, think,” or any number of variations of what I suspect, based on body language, is interpreted by the student as simply “You’re dumb.” And then we wonder why we have such a serious motivation problem with so many students!

Accordingly, any time a student provides a correct answer, when the answer is greeted with “Why?” or its equivalent:

And any time a student provides an incorrect answer, when that answer too is greeted with “Why?” or its equivalent:

In all of these cases, consistently following up most answers with a request for an explanation conveys the powerful message that good mathematical thinking begins with an answer. It supports a thinking curriculum that values justification and serves as a foundation for building a language-rich classroom. Moreover, implementing this strategy conveys the expectation that students can learn from each other as well as from their teachers and thereby helps to build an effective classroom community of learners. All this because of the simple, consistent use of “Why?”

Did you miss part 1 of our recent interview with Steve? Click here to read it now. 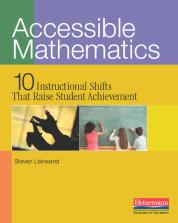 Steve Leinwand is Principal Research Analyst at American Institutes for Research in Washington, D.C., where he supports a range of mathematics education initiatives and research. Steve served as Mathematics Supervisor in the Connecticut Department of Education for twenty-two years and is a former president of the National Council of Supervisors of Mathematics. Follow him on Twitter @steve_leinwand.