Educators around the nation are grappling with so-called “anti-critical race theory” laws that are cropping up around the nation. What’s going on here, and how should educators respond to this development? Civil rights law and policy expert and Heinemann author Bob Kim breaks it down for us here:

What is critical race theory?

Critical race theory (or “CRT”) is a school of thought that explores and critiques American history, society, and institutions of power (including government and legal systems) from a race-based perspective. An intellectual outcropping of the critical legal studies and feminist legal theory movements of the 1970s, the CRT movement has contributed to a deeper understanding of how race has been constructed in and impacted the United States.  It also poses key questions, such as: Has the American legal system and traditional civil rights litigation been effective at achieving racial justice? And if not, what should be done about that?

What are “anti-CRT” laws?

As of July 2021, 26 states have proposed legislation or executive actions banning or limiting the teaching of principles attributed to CRT in public schools. (To be clear: these proposals don’t have all that much to do with actual critical race theory.) So far, those bills have been signed into law in six states (Idaho, Iowa, New Hampshire, Oklahoma, Tennessee, and Texas), and four other states (Georgia, Florida, Montana, and Utah) have issued executive rules or memos with a similar purpose.

While the proposals vary in scope and content, one common goal is to discourage or prohibit staff training and/or curriculum and instruction in public K-12 and/or postsecondary schools that “stereotypes,” “scapegoats” or causes “discomfort or guilt” among members of a particular race or sex (or the government) by suggesting they are responsible for racism/sexism or are “inherently” racist, sexist, or oppressive. Some proposals prohibit additional actions, such as “promoting or advocating the violent overthrow of the United States government”; “promoting division between, or resentment of” people of different races or classes; or even suggesting that “the advent of slavery in the territory that is now the United States constituted the true founding of the United States” (a direct response to the 1619 Project).

Where did this “anti-CRT” movement come from?

Many state “anti-CRT” bills contain provisions similar to those found in documents issued by the former Trump Administration. In September 2020, the Trump Administration issued a memo to federal agencies directing them to identify and cancel any staff training programs that focus on “critical race theory” or “‘white privilege,’ or any other training or propaganda effort that teaches or suggests either (1) that the United States is an inherently racist or evil country or (2) that any race or ethnicity is inherently racist or evil.” Weeks later, President Trump issued an executive order that purported “to combat offensive and anti-American race and sex stereotyping and scapegoating” by restricting the federal government and its contractors from conducting diversity training that examined systemic racism, white privilege, and other issues involving race and gender bias. This executive order was revoked by President Biden on his first day in office, but its contents have since been replicated by state legislatures.

Can I still discuss and teach issues pertaining to racism or sexism in schools or staff trainings?

Yes. However, depending on whether an anti-CRT law is in effect where you teach or work or not, there may be a few restrictions on how you teach or provide training on these concepts. Check with your school administrator — and take a moment to look up your state to get clear on the rules of the road.

A scan of the provisions in states where anti-CRT legislation has passed reveals that educators and school training facilitators still enjoy wide latitude. For example, in Texas, educators can (and may be required) to teach topics related to the “history and importance of the civil rights movement” and “the history of white supremacy, including but not limited to the institution of slavery, the eugenics movement, and the Ku Klux Klan, and the ways in which it is morally wrong.” In Idaho, any curriculum that was allowed before is still okay as long as no student is “compelled” to adhere to certain tenets ascribed to critical race theory. In Iowa, any otherwise prohibited content is allowable in staff diversity trainings if those trainings are voluntary — and even in mandatory trainings, trainers are allowed to respond to questions related to critical race theory (as described in the statute). And Iowa and New Hampshire educators or diversity trainers can still teach or train about “the historical existence of ideas and subjects” related to race and gender; “the inherent humanity and equality of all persons”; “sexism, slavery, racial oppression, or racial segregation”; “promote racial, cultural, ethnic, or intellectual diversity or inclusiveness”; or teach any topic otherwise prohibited in the legislation “as part of a larger course of academic instruction.” (In fact, many of these “anti-CRT” bills contain similar provisions that allow educators to continue teaching topics related to racism, sexism, history, the civil rights movement, and anything that is prescribed under state academic content standards.)

Are the anti-CRT laws legal?

That’s a good question. States do have the broad discretion to control the content of classroom instruction or school employee trainings.  But they can’t enact laws with a discriminatory purpose (for example, if they are directed harmfully at specific racial or ethnic populations). Laws can’t be so vague that it’s impossible for educators or state-funded contractors or trainers to decipher what’s allowable or what’s not. And laws that unduly restrict academic freedom or the ability of students to receive a diverse range of information and ideas may violate the First Amendment.

Remember also: Public school educators enjoy free speech protections when they choose to speak out on issues of racism, sexism and other matters of public concern in their personal capacities (i.e., on your own time). That said, in our highly connected world, even personal speech may impact the school community; in general, for public school educators, the more unconnected to work your speech is (as indicated by what, where, when, to whom, and how you communicate), the greater your right to speak freely. Government employees do have a right to speak out at work, but this right is more limited than when they are speaking in their personal capacities.

What can I do to address anti-CRT laws?

These “anti-CRT” laws are creatures of state legislatures and/or governors. If you are experiencing a problem or unnecessary restriction related to your job, report it to your local or state elected representative (or your union representative, if you have one). That’s your right. You may also wish to pay a visit to civil rights advocacy organizations defending free speech or educators’ rights. (As a former ACLU attorney, I always appreciated calls from educators; they helped me to understand how laws or policies impact practitioners on the ground — whether or not I later represented them in court.)

At the school and community level, you may wish to raise the topic of “anti-CRT” laws at a staff or supervisory meeting. Your goal is to understand clearly what’s prohibited and what isn’t. (See above: there are a LOT of loopholes in these laws!) School trainers may wish to have a dialogue with school administrators prior to conducting professional development sessions to clarify permissible versus prohibited content. Get this in writing! And remember to keep the language of the anti-CRT provision front and center in these conversations. 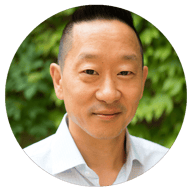 A former civil rights attorney, Bob is the author of Elevating Equity and Justice: Ten U.S. Supreme Court Cases Every Teacher Should Know,  co-author of Education and the Law, 5thed. and Legal Issues in Education: Rights and Responsibilities in U.S. Public Schools Today (West Academic Publishing, 2019 & 2017). He also wrote Let’s Get Real: Lessons and Activities to Address Name-calling & Bullying (Groundspark, 2004) and has advised thousands of educators on civil rights and school climate issues in public schools.

Invite Our Virtual Consulting Authors to Your School

On the Podcast: Robert Kim, Cornelius Minor, and Kass Minor on ForwardED, Sustaining a Commitment to Inclusive Education in a Politicized Climate

Today on the podcast we have another conversation from our new ForwardED slow conference series. Today’s ...
Sep 2, 2021 3:45:00 AM

On the Podcast: Bob Kim and Liz Kleinrock on Anti-Asian Racism and Special Considerations for Educators