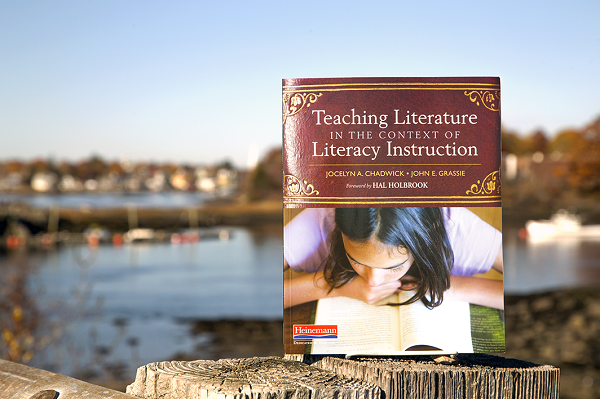 by Jocelyn Chadwick and John Grassie

Our previous Blogs have addressed the importance and continued relevance of canonical literature, the immediacy and relevance of modern literature, and the necessity of our acknowledgment of technology and our students’ use and ease and reliance on it. Of course, the next logical phase in our conversation emerges with what we call in in our book, Using Literature in the Context of Literacy Instruction, “the so-what factor.” Just how do all of these components fit and just how do we utilize them in our classrooms to maximize impact, relevance, life-long literacy inside and beyond the walls of our schools?

A day without technology is unknown to our students.

It surrounds them. They make and construct meaning with it and through it. Psychologists and sociologists describe our students as the “truly first global citizens” because of the capabilities technology affords them. They can travel around the world, explore the planet, meet different cultures on different continents—all from the comfort of their favorite spaces at home, in community, school, the mall, wherever. Our challenge as ELA teachers is how do we leverage this digital landscape and its inhabitants to further our teaching literature—both canonical and modern. Essentially, the question is: how can we take Ulysses, Virgil, the Wife of Bath, the Lady of Shalott, Oliver, Hester Prynne, Celie and Shug Avery, Willie Loman, Tituba, or any other literary character and text and make them engaging and relevant to these digital global citizens who, with a fingertip, can see live-streamed the presidential campaign, the Olympics, and the fate of the Twin Towers—as they happen and happened?

We have found that with Apps, databases, and scans we actually can leverage students’ interests—their curiosity, thereby creating a new and innovative learning/instructional pathway. For example, many students have never even thought about period newspapers, interviews, speeches, letters, diaries/journals, historical documents, illustrations, photographs in relation to the literature we assign. Museums—exhibits and collections become a touch away. Virtual tours of writers’ and artists’ homes and communities where they create are a “swipe” away. We tap into their predilection for the tactile and visual, while still anchored in the text. As an added outcome, we can introduce other pieces of literature—canonical and modern—as the conversation evolves. Surprising themselves, students are eager to drill deeply into the assigned text and the period that engendered it.

So often, a text or an author will fall away from ELA curricula because it has been deemed “out of touch,” “dated,” “too difficult for contemporary students to navigate,” or “too sensitive.”

With this present generation of students, who are literally “cutting their teeth “on events such as 9/11, the Great Recession, social and class upheaval, a more visceral, even more fundamental approach to what they read and experience merge. These young readers always seem “on the hunt,” an intellectual hunt, for meaning beyond the pages of the text. They seek meaning, depth, and a relevance and identification to and with themselves, their community, their environment, regardless of when the author penned the text. In addition, this audience eagerly seeks to establish connections among seeming disparates, thereby enlivening conversations and sharings of texts. Essentially, what we have witnessed and in what we have participated is a literally wrenching and readjustment of the traditional conceptual function of audience, purpose, occasion, as the author initially envisioned. These students are curious to understand the author’s intended audience, occasion, and purpose, but then they extend the power and vibrance and universality of the text so that it speaks to them.

As we thought about this blog post, we decided to select a recurring theme that has emerged as an important one to the myriad of students with whom we have worked since 2012: family. What we find so keenly interesting and illustrative, as well as instructional, emerges with students’ agile ability, imagination, and critical curiosity to see and think beyond the selected author’s rendering of family to evaluate, analyze, and pose new, contemporary issues and ideas onto the text. The result of such interpretations are decidedly not interpolation but substantive and deliberate critical inquiry toward meaning.

Students' imaginations can fire on all thrusters without limits

Throughout the historical literary timeline, we experience many artistic and real renderings of family: the Oedipus trilogies, The Odyssey, The Arthurian Legends, Elizabeth Barrett Browning’s poetry, Ann Plato’s poetry, Iola Leroy, Or Shadows Uplifted, The Scarlet Letter, “A True Story Told Word for Word As I Heard It,” Adventures of Huckleberry Finn, Washington Square, A Raisin in the Sun, Death of a Salesman, God Help the Child, for example. These are but a concentrated nugget of this expansive theme, but the nugget does provide an historical literary timeline—a timeline of literature many of our students read, often more than once. At the core of these texts is the author’s rendering of family—with many varied iterations.

Incorporating the kind of technology we have described above, students’ imaginations can “fire on all thrusters” without limits in that they can conjure what they imagine a scene or place or geography or even document to look like. Adding primary resources—images, documents, speeches, art—for example, as complements to their reading enables students to see, to “witness for themselves” what artifacts fueled the author. We have even had students take the text and begin to pose queries about the author herself/himself in their effort to drill into the author’s motivations and even lifestyle. So what happens? How does this 21st century blending substantively change a student’s reading and thinking experience with assigned literature, and how does this blending affect our teaching and learning experience with our students?

Below: What Literacy Means Today

Whereas Nathaniel Hawthorne does present Hester as an atypical woman—a single mother wronged by the cowering child’s biological father, the students we have encountered take her actions a bit further, using the embroidered, scarlet A, Hester’s “carriage” as she walks among her judges, Hester’s devotion to Pearl, her child, foregoing any sort of future freedom and happiness in the traditional sense. These students, female and, surprisingly, male, see and hear Hester as an independent survivor; a “modern” single mother, charting her own course in her own way, transcending and reforming the constraints and context her judges thought they had imposed. The images we used were works of art created by Tim Rollins and K.O.S. (Kids of Survival)—all young middle and high school students in New York’s tough South Bronx neighborhood, along with digitized newspapers and magazines, discussing the role and place of 19th century women.

With Henry James’s Washington Square and Mark Twain’s “A True Story” and Adventures of Huckleberry Finn, the idea and stereotypical perceptions of family are turned on their head. Widower Dr. Sloper and his daughter Catherine appear to enjoy the lifestyle of the Gilded Age’s rising, upper middle class—appear to be. As students read, however, they discover what they perceived to be true, isn’t; Sloper detests his own daughter—her looks, her stature, her mind—everything. At best, he tolerates her. In contrast, Aunt Rachel in “A True Story” and Jim and his real family, Jim and Huck in “Huck Finn,” present students with atypical interactions of families—what one wonderful student described as “dysfunctionally functional.” While I was personally processing and pondering this new notion and interpretation, the other students totally understood and were running with the description, expanding it with specific examples on which they could draw. The technology we incorporated here to complement the reading included digital primary sources of images of Washington Square then and now, articles and images from women’s magazines at the time discussing the “woman question”: The Lily (first newspaper for women, 1818 and Woman’s World 1888, Frederick Douglass’ newspapers, three Bills of Sale, images of a real boarding house, to which Jim refers in his definition of harem.

Transformations occurred with the students and with us because of our leveraging the available technology to enhance the reading experience—theirs and ours.

In no way did students want to forego their reading; on the contrary, they wanted to reread passages already read and were anticipatory about what was to come. Their penchant for the visual and digital has rather emboldened us, too, to think outside the traditional box of teaching literature and the historical context into which it fits because it is the students themselves who are our audience, occasion, and purpose. So, as conversations have progressed with students, we are always prepared with our tablets loaded when intense and probing conversations move to “possible” events, people, situations that continued to spark authors and their texts. Here is an example illustrating our approach: We placed side by side Frederick Douglass’ Fourth of July Speech with one by Mark Twain on Independence Day within the context of Aunt Rachel’s being reunited with her son and with Jim’s wanting to be reunited with his family makes for a rich, deep, critical thinking dive into assigned texts. And it is the students who drive the inquiry.

With the aid of technology, we have been afforded the opportunity to create a unique learning pathway of providing rare and historical primary source references for the students and teachers with whom we work. Essentially, the rare library collection comes to them. Teachers and students need not worry about special passes to a private collection or traveling to a remote location to pay access to stunning and rare exhibits or try to gain access into rare book rooms at any university or trying to scrape up financial support for field trips that may or may not happen.

In the end, the goal is to utilize technology as a tool to take students and us back into a text by providing visual, aural, and psychological “prompts.” At the same time, as students revisit these texts, the link between the themes authors explored in the past and the world of today becomes clearer, makes a bit more sense, removes the sting and belief of their being “the only one,” and therefore, alone. And, after all, isn’t this intellectual curious inquiry and verisimilitude why we teach and love literature? And isn’t this process with these students the very definition of life-long literacy?

Yes, with this instructional pathway, we have seen literature COME ALIVE!

Click here to learn more about Teaching Literature In The Context of Literacy Instruction. 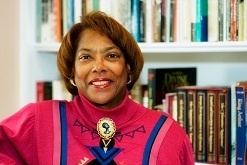 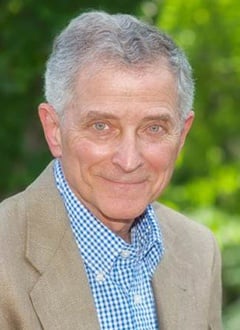