What The U.S. Supreme Court DACA Case Will Mean for Thousands of Teachers and Students
END_OF_DOCUMENT_TOKEN_TO_BE_REPLACED

What The U.S. Supreme Court DACA Case Will Mean for Thousands of Teachers and Students 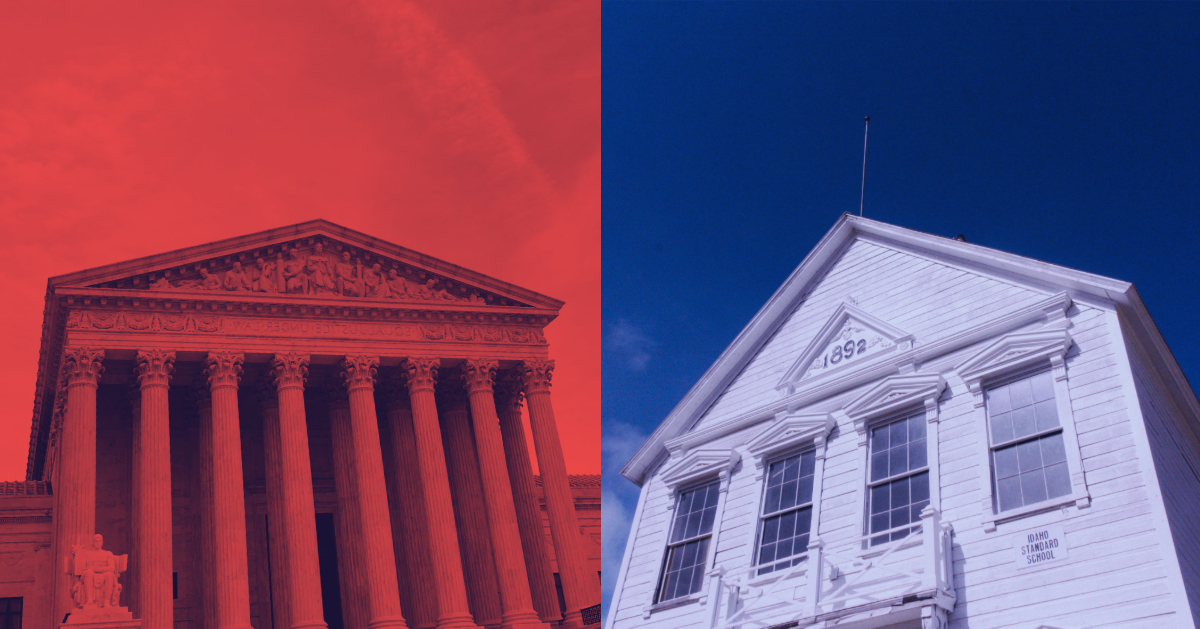 The U.S. Supreme Court rejected attempts to dismantle the Deferred Action for Childhood Arrivals program protecting undocumented immigrants brought to the United States as children, a reprieve for nearly 700,000 DACA recipients who, along with those supporting the DREAM Act (legislation that would provide a pathway to citizenship), are known as “Dreamers.”

Read the full decision, Department of Homeland Security v. Regents of the University of California (“Regents”)

Writing for the majority, Chief Justice Roberts held that the manner in which the Trump Administration ended DACA violated a federal law that requires government agencies to engage in “reasoned decision making” and not act in a manner that is “arbitrary” or “capricious.”

The Court explained that it was arbitrary and capricious for the government not to consider and explain why it was ending both parts of DACA — the eligibility of DACA recipients to receive certain benefits (like work authorization and government-provided health insurance and retirement income) and the protection of DACA recipients from deportation — before ending DACA in its totality. The Court also explained that the government failed to consider how rescinding DACA would impact DACA recipients who had gone to school, found jobs, purchased homes, or gotten married and begun raising children in the U.S. as a result of becoming a DACA recipient.

Several of the dissenting justices made several points believed that the Trump Administration was correct in rescinding DACA because DACA itself was unlawfully created by the Obama Administration. Had their view prevailed, it is likely no future U.S. president would have been able to continue or restart the DACA program.

What’s the immediate impact of the Regents ruling? First and foremost, an estimated 700,000 DACA recipients, many of them K-12 and college students, have been at least temporarily spared the risk of immediate deportation, not to mention the loss of their current education, jobs, and benefits. This includes an estimated 20,000 immigrants with DACA-protected status working as educators.

But the battle is not over. The Regents case does not prevent the government from ending DACA; it only required that it do so in the right way. In the immediate wake of this decision, the Trump Administration announced that it plans to provide a more complete justification to rescind DACA. Whether it can do so and clear all legal hurdles before the possible inauguration of a new president in January 2021 remains unclear. In the meantime, people who wish to renew their DACA status (or apply for DACA for the first time) still face uncertainty. They will likely require the advice of legal and policy experts, who will be closely tracking further developments in the courts and the federal government in the coming months.

Finally, it’s worth remembering that DACA itself does not provide a pathway to permanent resident status for undocumented immigrants; it merely “defers” the deportation of DACA recipients from the country. Only Congress can provide that pathway through federal legislation. That effort will continue, regardless of the fate of the DACA program.

For educator resources, including lessons, toolkits, video and dialogue guides related to immigrant students, visit the websites of iNation Media or Teaching Tolerance or American Federation of Teachers.

**The following was originally published on November 8th, 2019**

On November 12, the U.S. Supreme Court will hear oral arguments in a case, Department of Homeland Security v. University of California, that will determine the fate of thousands of immigrants to the U.S.—including students and teachers—under the Deferred Action for Childhood Arrivals program, or DACA.

DACA was established by the Obama Administration in 2012 to allow undocumented immigrants who came to the United States as children and who meet certain criminal history and educational or military service requirements to apply for two-year renewable periods of “deferred action” (i.e., protection) from “removal” (i.e., deportation) from the country. DACA did not confer any legal path to citizenship or permanent residency for those receiving deferred action; only the DREAM Act, which has been stalled for years in Congress, can do that. But DACA did allow deferred action recipients to do things like go to college, pursue work and government benefits — in short, live their lives — without the constant risk of deportation. There are currently nearly 700,000 active DACA recipients.

On September 5, 2017, The Trump Administration moved to end DACA on the ground that it believed the policy established by President Obama was unlawful because only Congress, not the executive branch, has the power to confer a sort of quasi-legal status on undocumented immigrants, through legislation. DACA was terminated for new applicants. But with respect to existing DACA recipients, Trump’s action was challenged by a number of different plaintiffs — including the NAACP, a DACA recipient named Batalla Vidal, and the University of California — whose cases have been consolidated into the one now before the Court. Basically, their argument is that, while the Trump Administration has discretion to end DACA, under federal law, it has to provide a satisfactory explanation; it can’t just summarily leave thousands of DACA recipients stranded by the roadside with a bare-bones legal rationale.

How will the Supreme Court respond in this case? There are several possibilities. It could let DACA survive, at least for current DACA recipients, on the grounds that the President’s decision to end it was arbitrary and capricious. It could rule narrowly that the President and his cabinet agencies have the discretion to end DACA (i.e., courts should mind their own business) — which would still allow DACA or similar program to be resurrected in the future. Or it could rule broadly that DACA was unlawfully created by the Obama Administration — which could prevent this or any White House occupant from creating DACA or DACA-like programs in the future.

And how will the Supreme Court’s decision affect schools? The stakes are high. For one thing, there are an estimated 20,000 immigrants with DACA-protected status working as educators. The rescission of DACA would cause thousands of teachers to disappear from K-12 schools or else risk deportation; this would in turn upend the families of those teachers, exacerbate teacher shortages, and traumatize many thousands of students and colleagues in school systems nationwide.

In addition, a Supreme Court ruling that DACA is unlawful will disrupt the lives of thousands of students, including current DACA recipients and DACA-eligible recipients (should a different president open up DACA to new applicants in 2021; an estimated 365,000 high school and 241,000 college students are eligible for DACA). Superintendents around the country describe DACA as critical to encouraging students to finish school and not drop out, to go to and finish college, and to just plain do their best, because they see a purpose to their education. Conversely, without DACA, undocumented students face a life of living in the shadows, seeing little purpose to staying in school — and feeling afraid that they could be apprehended and eventually deported on the way to or from, or even at, school.

The constant fear of being detained by immigration customs officials is debilitating not only to undocumented students, but to the larger school community. A UCLA study showed that teachers experience enormous stress and secondary trauma from having to manage and respond to the threat of immigration enforcement targeted at their students.

So, while the Supreme Court proceedings on November 12 may feature a lot of non-school-related back and forth about statutes and the role and powers of the three branches of government, make no mistake: the Court’s eventual ruling on DACA, which should come sometime in June 2020, will be deeply felt in schools.

To get a rundown of the oral argument, turn to Twitter. Follow the hashtag #SCOTUS or tweets from experienced Supreme Court followers like @AHoweblogger. Or you can visit www.supremecourt.gov to view a same-day transcript.

For more information on services and resources for students and families, visit:
Immigration Legal Resource Center or Immigrants Rising.

For educator resources, including lessons, toolkits, video and dialogue guides, visit the websites of iNation Media or Teaching Tolerance or American Federation of Teachers.

To learn more about the U.S. Supreme Court: 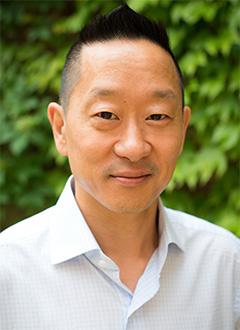 Welcome to Water for Teachers, A Heinemann podcast focused on engaging with the hearts and humanity of th...
Mar 4, 2021 3:45:00 AM