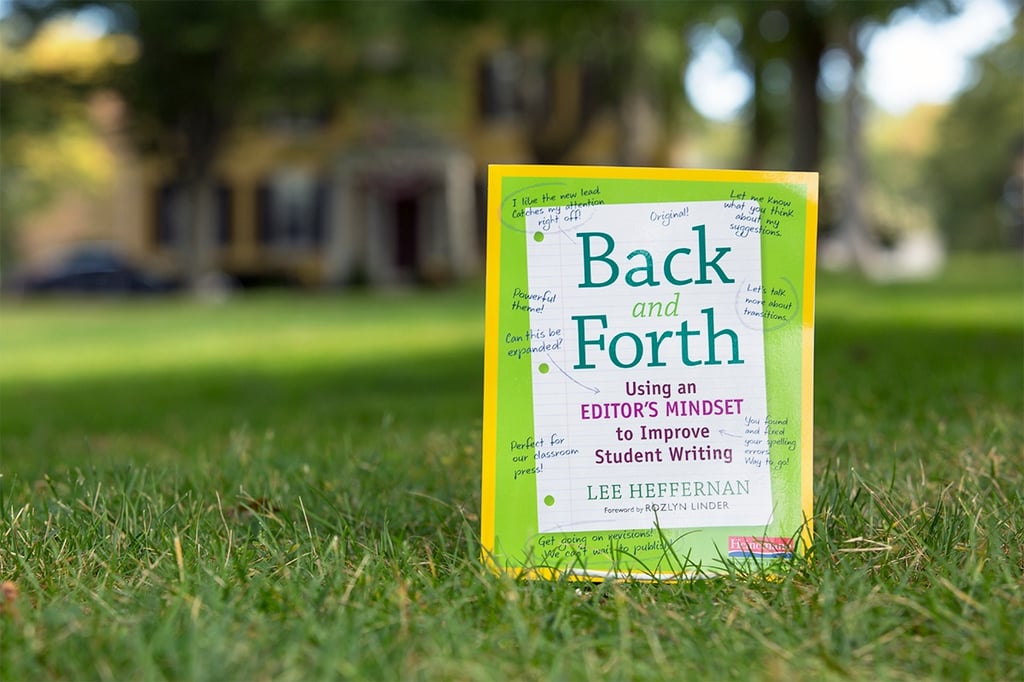 In her new book Back and Forth: Using and Editor's Mindset to Improve Student Writing, Lee Heffernan encourages teachers to go from giving writing feedback to students as their teacher, to giving feedback as students’ editor. Here, excerpted from her introduction from Back and Forth is the origin story of her thinking:

One Sunday morning, I was relishing some time with coffee and the newspaper when I came across an article that took my mind straight into my classroom. The article was about one of my favorite authors, Roald Dahl, and his work with his editors. Dahl had a reputation among editors for being difficult when it came to revising his texts. Just that week I had worked with quite a few young writers who I might describe as a wee bit difficult when it came to revising. I thought about my inability to help students who didn’t want to make changes to their texts. I also reflected on my concern about students who simply jotted down the first revision that came to mind so they could move on to the next step in their writing process.

The article about Dahl piqued my interest. It surprised me to hear that his editors requested changes to his manuscripts. I wondered, “How much revision would Roald Dahl really need to have to do? He’s Roald Dahl!” It turns out this famous author actually had to do a great deal of revising before his books were published and he had guidance and support with his revisions from several editors over the course of his career.

What did Dahl’s editors know that I didn’t know? Why was it so difficult to get my students to make even minor revisions? Where Dahl’s editors were asking for passage rewrites and chapter deletions, I was asking about small changes, an added detail here or a bit of dialogue there. Though Dahl and his editors sometimes argued about revisions, his books were revised extensively as Dahl and his editors passed his manuscripts back and forth over long periods of time. The description of Dahl’s involvement with his editors made me wonder, How could I engage my students more effectively in a process of revision? How could I become more of a partner to them as we worked to publish their writing?

To learn more about Back and Forth, and to download a sample chapter, visit Heinemann.com.