The Role of Culture in Teaching
END_OF_DOCUMENT_TOKEN_TO_BE_REPLACED

The Role of Culture in Teaching 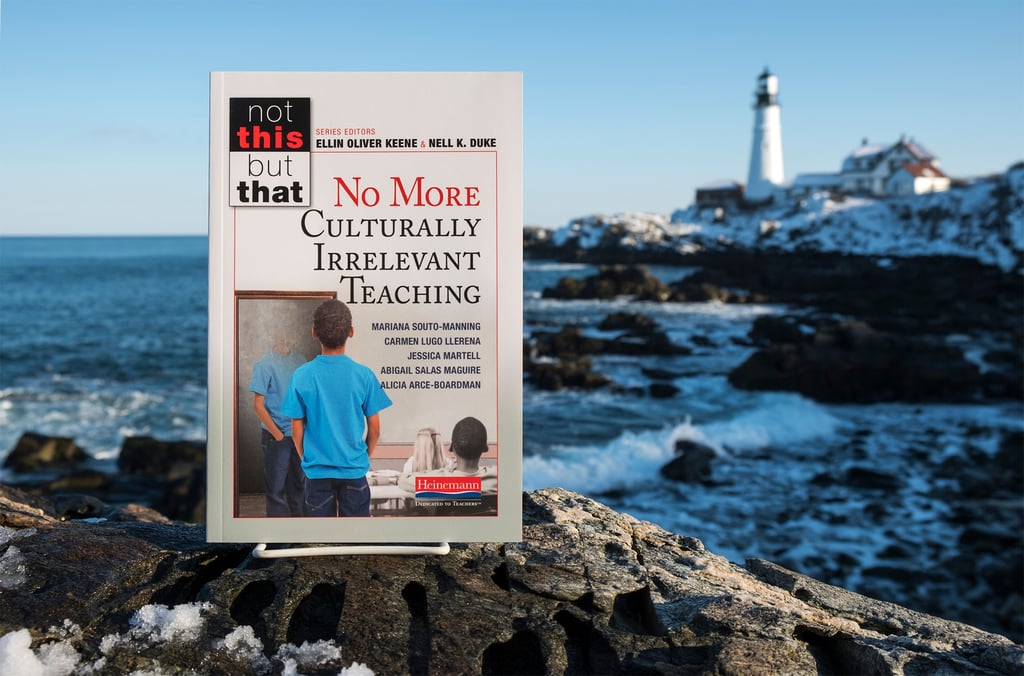 The following is adapted from No More Culturally Irrelevant Teaching by Mariana Souto-Manning.

In all subject areas, what we teach in schools is permeated with culture, and all curricula represent a particular way of seeing the world. For example, depending on where you grew up, you may think that the first pioneers to fly were the Wright Brothers . . . , or that Alberto Santos Dumont was the first. A common question such as “How many continents are there?” may result in different answers (all correct!) depending on your culture and upbringing. You may believe there are five continents (common in countries such as Brazil and Costa Rica) or seven (a common understanding in the United States). Instead of judging the answer as incorrect, it is important to understand that the knowledge students and their families have is culturally situated— not wrong.

Students of color make up over 50 percent of the population in today’s U.S. schools (National Center for Education Statistics 2014), and this percentage is expected to continue rising. Yet, adopted curricula rarely include or center on the histories and experiences of minoritized populations. I use the term minoritized instead of minority because “minority is stigmatizing and numerically inaccurate. . . . Minoritized more accurately conveys the power relations and processes by which certain groups are socially, economically, and politically marginalized within the larger society” (McCarty 2005, 48).

In many schools, the mismatch between the adopted curriculum and the student population it serves fosters cultural injustice (Au 2014). Throughout history, “[s]cholars of color played major roles in contesting stereotypes and misconceptions about their groups by creating transformative and oppositional knowledge. . . . [and] constructed counternarratives and contested mainstream narratives that were detrimental to students and communities of color” (Banks 2016, 12). Nevertheless, problems of errors, stereotypes, biases, and invisibility persist in curriculum and teaching today.

A review of social studies textbooks commissioned by the Texas Freedom Network (2014) found that there are many problems related to cultural bias. Textbooks “include serious distortions of history and contemporary issues on topics ranging from religion and democracy to the free enterprise system and affirmative action, according to scholars” (Texas Freedom Network 2014). Here are four highlights from the findings shared by Valerie Strauss (2014) in The Washington Post:

And these examples are not the exception. James Banks (2016) explains that historically, textbooks forwarded the myth “that African Americans had not contributed significantly to the development of American history” (12). Brown and Au (2014) reviewed textbooks and found that they overwhelmingly tell the histories of White men. Minoritized populations, such as Native Americans and Chinese Americans, were portrayed from an inferiority or cultural deficit perspective (Au, Brown, and Calderón 2016; Goodwin et al. 2008; Valdés 1996).

Culturally irrelevant curriculum fosters monocultural competence— honoring and prioritizing one culture while excluding all others—and it can have serious consequences for all students including, but not limited to, those whose cultures are not represented. It cultivates White superiority and fosters prejudice.

Ignoring the role of culture in teaching and curriculum effectively privileges the culture of power, sanctioning it as the standard against which performance, knowledge, and learning are measured.

To learn more about No More Culturally Irrelevant Teaching and download a sample chapter, visit Heinemann.com.

Mariana Souto-Manning, a former classroom teacher, is Associate Professor at Teachers College, Columbia University and Chair of the National Council of Teachers of English (NCTE) Research Foundation. You can find her on Twitter at @soutomanning.

A Mindset for Culturally Relevant Teaching

Why Does Culturally Irrelevant Teaching Persist?

The following has been adapted from No More Culturally Irrelevant Teaching by Mariana Suoto-Manning
May 21, 2018 7:17:00 AM