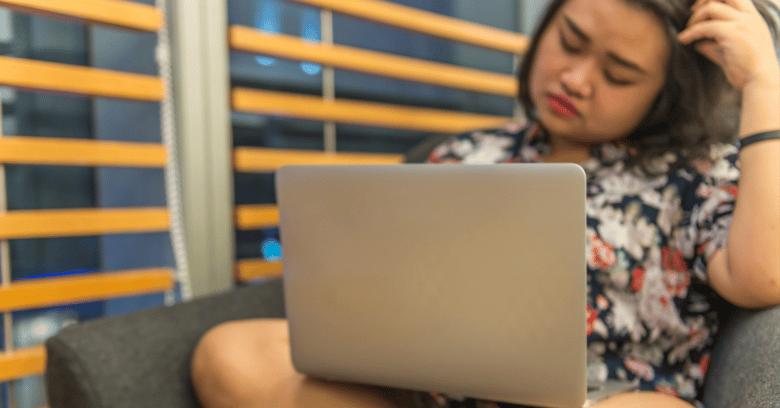 The following is an excerpt from The Confidence to Write: A Guide for Overcoming Fear and Developing Identity as a Writer by Liz Prather.


Why Teaching Fortitude to Support Writing Identity is Necessary
We rarely talk about the social-emotional resilience needed around the act of writing. I’ve always been fascinated about how important identity is to the development of literacy skills, yet how infrequently identity is addressed or discussed in the classroom.

Think about what we ask of students when we ask them to write: look inside your life and yank out a significant event, interpret that event, and then communicate its implications with clarity to a make-believe audience. Or form an opinion strong enough to argue a claim while building credibility, weaving in research, and touching the hearts and minds of nameless, faceless readers. And if the technical demands of writing aren’t hard enough to master, we’re also asking them to forge past the voices in their heads saying You’re a bad writer.

All these tasks require more than just knowing the rules of writing. They require agency, writerly decision making, an authoritative stance. They require, in short, an autonomous consciousness separate from school and teacher, a consciousness born from the writers’ self-identity and social identity and from their ability to make effective writing happen. In short, they require a writing identity.

Think about how different the year would be for students if we started by asking students not just “Who are you?” but “Who are you as a writer?” That question taps a self-concept, letting students know you already regard them as writers, yet you’re asking them to skill up their writing game. For this reason, teaching students their fears are normal and even necessary during the writing process is not only important, but essential. Teaching students strategies to subjugate their fears in the service of their writing goals is giving them not only the gift of fortitude, but a means to define, expand, and declare their writing identity.

“Trying to deny, avoid, numb, or eradicate the fear of writing is neither possible nor desirable,” writes Ralph Keyes (1995) in The Courage to Write. “Anxiety is not only an inevitable part of the writing process but a necessary part. A state of anxiety is the writer’s natural habitat”. The goal, then, is not to master the anxiety or shutter the fear, but to learn to write with the fear and anxiety present. When students have practiced this over and over—feeling the fear that writing produces and overcoming it with healthy strategies—their writing identity soars, and they are fortified to face the next writing task with a greater degree of autonomy and power.

It’s essential to have anxiety when you write, just as it is essential to be nervous before you go on stage. In this sense, the page is a kind of stage where students perform as a writer. If an actor doesn’t feel nervous and keyed up before the lights go up, the performance will be flat. Yes, stage fright can be debilitating, but the positive energy of excitement and anticipation gives a stage performance its vitality. Our goal is to help students harness what Keyes calls “the power of positive anxiety” in a way that augments their writing, not diminishes it.

Students who have a writing identity are just as likely to fall prey to the fears that beset students who are only writing for a grade, but they have a greater fortitude to write with the fears instead of letting the fears shut down the process. The more students recognize their identity as a writer, the greater degree of control they have over the writing fears that formerly would have sidetracked their goals. Because they write from ownership and not from compliance, writing becomes a pronouncement of self onto the world, a reward larger than any grade on a report card. Developing a writing identity helps to shift writing away from a teacher-directed activity to a student-pursued one that lasts a lifetime. 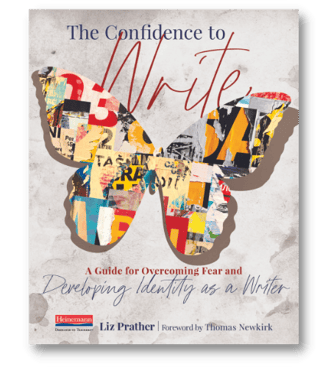 To learn more about this title visit Heinemann.com. 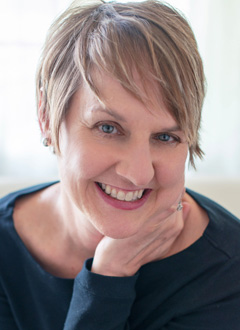 Liz Prather is a writing teacher at the School for Creative and Performing Arts, a gifted arts program at Lafayette High School in Lexington, Kentucky. A classroom teacher with 21years of experience teaching writing at both the secondary and post-secondary level, Liz is also a professional freelance writer and holds a MFA from the University of Texas-Austin.

Liz is the author of Project-Based Writing: Teaching Writers to Manage Time and Clarify Purpose, and Story Matters: Teaching Teens to Use the Tools of Narrative to Argue and Inform.

Procrastination: Is it a Good Thing, or a Bad Thing?