Powerful Interventions for Kids Who are Stuck at a Reading Level, 3-8
END_OF_DOCUMENT_TOKEN_TO_BE_REPLACED

Powerful Interventions for Kids Who are Stuck at a Reading Level, 3-8 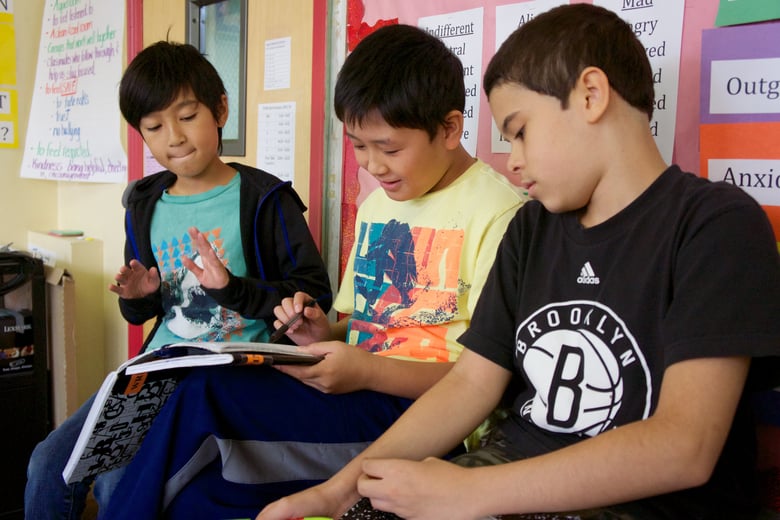 In the upper grades, students don’t often move up reading levels as quickly as they do when they are younger. For example, in first grade, it’s not unusual for students to move up six or seven levels, across the school year and sometimes even more. But in fifth grade, students might only move up two or three levels, and still end the year on benchmark. Further, an upper grade student might spend weeks or even a couple of months in the same level, and still be growing by leaps and bounds as a reader because of all the complex work there is to do at the higher levels.

When thinking about levels in the upper grades, it helps a great deal to have a sense of which levels are similar to the one before, and thus don’t require as much effort to move into, and which levels are larger jumps from the previous one. Upper grade levels can be grouped into bands of levels, levels that have similar characteristics.

The bands of levels are as follows:

At this week’s TCRWP Twitter chat, Shana Frazin and Marie Mounteer will lead a discussion on powerful interventions for upper graders who are stuck at a reading level. Don’t miss what is sure to be an informative chat to help even your most stuck readers.