Susan Engel on The Children You Teach
END_OF_DOCUMENT_TOKEN_TO_BE_REPLACED

Susan Engel on The Children You Teach

Adapted from Prologue of The Children You Teach by Susan Engel

To be a good teacher, you need to be smart, energetic, and knowledgeable, and you need to really like kids. The best teachers are also genuinely interested in children: what they feel, how they think, and who they are. I don’t mean merely an interest in the particular lives and quirks of your particular students, though that is wonderful. I mean a curiosity about what makes children tick—how and why they change as they grow.

I taught young children well before I studied them. When I was practically still a child myself, I was hired as an assistant in a summer program for children ages three to eight. I discovered I was good at it. And I loved it. I was one of those lucky people who, as my grandmother used to say, had a way with kids. Even though I was just a teenager, I knew how to take charge, and children were drawn to me. We came to life around one another. But even so, when my college advisor urged me to take a course in developmental psychology, I resisted. Then, in my sophomore year, I took a course on language development. It changed my life. I was transfixed by studies that examined children’s thought processes, identified the mechanisms by which they learned to talk, and explained how their abilities changed over time. I loved the cleverness of the experiments. Stories about children that might, at one time, have seemed merely cute or simply mundane suddenly became fascinating.

I found it so intriguing to think about what it took to get inside a young child’s mind. I was hooked and decided that I would be a developmental psychologist. There was one thing I adamantly rejected during those first years of my love affair with developmental psychology: I refused to think that my work as a teacher, something I had done with ease and by instinct, had anything to do with my new skills as a social scientist. Studying children and working with them remained two separate parts of my life. During my last two years of college, I taught part-time in two public schools in New York City. Meanwhile, at college, I carried out experiments looking at how children used metaphors, and I wrote papers on important shifts in children’s emotional lives. But in my mind, teaching in those two schools and the psychological research I was doing in college had nothing to do with one another.

After college, I went straight on to graduate school so that I could keep doing the work I now felt was my life’s calling: developmental research. Two things happened in graduate school that changed my thinking forever.

The first was a dawning insight, rather than a sudden light bulb. My professors—all active researchers—rarely stepped inside a classroom. When they did, it was only to pull “subjects” out for an experimental session. More typically, graduate students collected the data, which meant that the actual living, breathing kids were only data points on a graph to the people writing the scientific papers.

The same was true in reverse. The teachers I worked with were smart and really loved kids. But they seemed to know little about current research—its methods or findings and equally little about the processes and mechanisms that had shaped the students they dealt with. I could see that it hampered them; they had to rely on hunches, old habits that might or might not really work, advice that was good only some of the time, and whatever rules had been established by the administration. I began to feel an urgent need to get these two smart, knowledgeable groups of people to talk to one another.

The second thing that changed my thinking occurred in my final year of graduate school, when I had my first child. The moment Jake was born, the worlds of teaching and research were transformed. I suddenly took all of it personally. Some of the things Jake did were uncannily like the research I had read. At other times he did things that totally contradicted the research.

Theories that had intrigued me in a scholarly way now came to life as I watched my little boy crawl, put things in his mouth, watch the world around him, and change in surprising ways. But very soon that also altered the way I thought about the children I taught. They were complex, vulnerable, and roiling with inner lives— full persons, with lives far richer and more dynamic than was visible through my daily encounters with them in the classroom. Suddenly it seemed imperative to me to connect real children with theories and studies from developmental psychology.

This book is a collection of stories about real children and teachers. But it is also about children’s development. Each chapter tells a story about one particular child, teacher, or classroom dilemma. No child can be understood just by thinking about one issue at a time (for instance, moral development or friendship). No classroom challenge can be solved only by looking at how mathematical knowledge is acquired, or by tracing the steps that lead to literacy. So, each chapter integrates several topics, which, when put together, can illuminate the classroom or the child.

Any teacher reading this book will identify with some of the teaching practices and might be put off by others, thinking, “I would never do that.” I have described a wide range of actual teachers and approaches, not just the best ones. I think that conveys a more realistic picture of real teachers and real schools. You may encounter suggestions for approaches you’ve already been following for years, perhaps without knowing the developmental science that explains why they work. My goal here is not to romanticize or demonize teachers, but to provide a clear-eyed look at how the practice of good teaching can and should be based on a rich understanding of what goes on in classrooms and how children develop.

Once you have finished the book, I hope you will look at and interact with your students and classroom in a new way. But what I hope most is that it will help you to think differently about the children you teach. 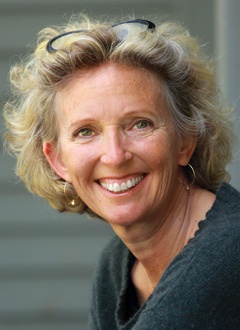