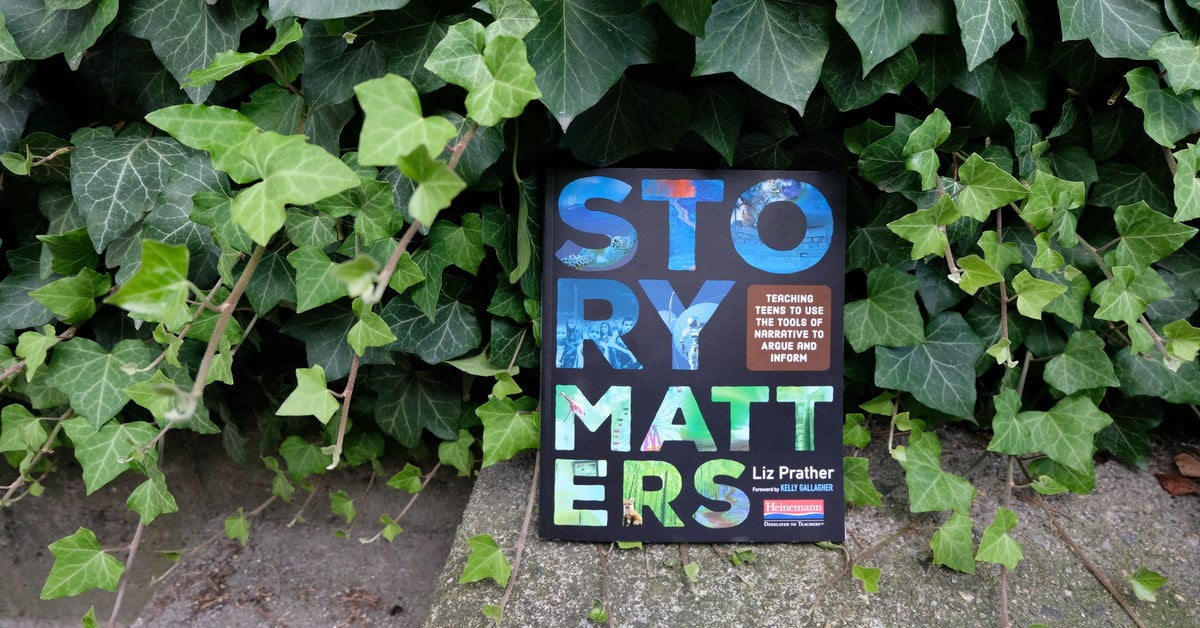 Early in my teaching career, the United States invaded Iraq in Operation Desert Storm, and my students—some of whom had already committed to joining the military after high school—were anxious and eager to understand the first major foreign crisis of their young lives. I sensed an opportunity to engage them, so I made the on-the-fly decision to put our upcoming study of Hamlet on the back burner and, instead, I sat at home all weekend excitedly planning a war unit. I pulled together a number of interesting artifacts for them to study, and to anchor this unit, I decided we would read Erich Maria Remarque’s classic war novel All Quiet on the Western Front.

I arrived fired up to class on Monday morning. By now, my students had heard that Saddam Hussein, ruler of Iraq, had been accused of using poison gas on civilian populations. I decided this was a good entry point; it would be interesting to show them the horror and devastation inflicted by the use of poison gas when it was first used in World War I. I can’t remember the exact encyclopedia passage I had dug up from almost thirty years ago for them to study, but it was similar to this current entry found on Wikipedia:

Chemical weapons “. . . were primarily used to demoralize, injure, and kill entrenched defenders, against whom the indiscriminate and generally very slowmoving or static nature of gas clouds would be most effective. The types of weapons employed ranged from disabling chemicals, such as tear gas, to lethal agents like phosgene, chlorine, and mustard gas. This chemical warfare was a major component of the first global war and first total war of the twentieth century. The killing capacity of gas was limited, with about 90,000 fatalities from a total of 1.3 million casualties caused by gas attacks.”

I found this information fascinating. My students didn’t. They dutifully asked a few perfunctory questions, feigned minimal interest, and, despite my interest, made it clear they were ready to move on. As they walked out the door at the end of the period, I remember being perplexed by their indifference, by their disengagement—I mean, c’mon people! Soldiers were gassed!

Flash-forward one year. Same unit. But instead of having students read the encyclopedia entry, I shared a firsthand account from William Pressey, a WWI soldier who had experienced the horror of being gassed. Pressey writes:

I was awakened by a terrible crash. The roof came down on my chest and legs
and I couldn’t move anything but my head. I thought, “So, this is it then.” I
found I could hardly breathe. (Carey 1998, 473)

My students perked up a bit in their seats. I continued reading as Pressey recounts regaining consciousness while others forced a gas mask on him. He recalls choking, suggesting that he resembled a fish with its mouth open gasping for air. Pressey remembers his lungs shutting down and his heart pounding hard, and his last memory before blacking out was glancing at a comrade placed right next to him who had green stuff oozing from the side of his mouth.

I paused, and then asked my students to finish reading the soldier’s horrific account. While they read, it became eerily quiet. The good kind of quiet. The kind of quiet that left no doubt students were glued to the text. And when they emerged from their reading, we had a spirited discussion about the ethics of weaponry in war. All these years later, I still remember the heat of that conversation.

This experience early in my teaching career taught me one very valuable lesson: Human beings learn deeply through the power of story. Yes, my students understood that poison gas was used in WWI, but they did not really understand it until they read the history from the soldier’s point of view. It was his story that deepened their understanding and appreciation of history.

Yet, here we sit, many years later, and the reading, writing, and study of story is still not getting its proper due in our schools. It has been disrespected by the Common Core and by many states that have developed and adopted their own standards. Curriculum directors, who often see narrative writing as “softer” than argumentative or analytical writing, have devalued it. And some English teachers, who believe their job is to teach the traditional literary analysis paper ad infinitum, have discounted it.

This shortchanging of story has deep and lasting consequences. It deprives our students of developing critical key writing skills, it weakens their agency, and it silences their voices. For these reasons—and others—we need to reestablish the importance of story in our classrooms, and this is where I am hopeful that Liz Prather’s excellent new book, Story Matters, will serve as a catalyst for a shift in our thinking about the teaching of narrative.

The book’s superpower is that it clearly demonstrates how the weaving of narrative elements strengthens all kinds of writing, from arguments to informative and explanatory papers. As Prather points out, “You would be hard pressed to find any text that didn’t employ some narrative technique” (3). Narrative is everywhere, and recognizing this is the first step to stop treating it as a separate, stand-alone discourse. In these pages, Prather shows us how to weave narrative into other genres in ways that makes student writing come alive. This book is smart and makes a compelling argument, but beyond that, it is also practical, and I particularly appreciate its numerous exercises and mentor texts I can use in my classroom to enable my students to tap into the power of story.

Story Matters also reminds us that strong writing “moves” are not genre specific. A student who develops a strong voice, or a knack for vibrant sensory detail, or who uses dialogue effectively while writing a narrative piece, will use these same skills when later writing an argumentative or an expository essay. This is why I always start my school year with a narrative unit. Yes, I’m seeking the engagement that is generated when students are given an opportunity to tell their stories, but beyond that, I know that if my kids begin the year by learning to write narratives well, they will acquire writing skills that can be applied to all
writing situations. These skills are foundational and universal; they are not tied to a specific genre.

I also appreciate that this book encourages teachers and students to move away from formulaic and scripted writing. Prather recognizes that students do not learn to write well by practicing “hamburger” paragraphs or by writing five paragraph essays. Instead of these approaches, she notes students need lots of mentor texts to read, analyze, and emulate so that they develop “an awareness of the possibilities of expository architecture.” They also need lots of coaching while they practice, practice, practice.

In other words, learning to write well is hard. There are no shortcuts, and I like how this book embraces this hardness in a way that helps break the unhealthy codependency that young writers often develop with their teachers. Generative writing is not the same thing as compliant writing, and if students make this shift toward generative writing, they need to make the shift toward generating their own decisions. This book is a blueprint on how to make this critical shift: Find texts that expertly weave in narrative elements, have students closely study and emulate them, write alongside your students, model students’ thinking, and encourage young writers to make key decisions as they draft and revise. This is the real work of writing teachers.

As I write this foreword, I sit at my desk with only ten days of school remaining, and I am in that state of zombie-like tiredness familiar to teachers during this time of year. Yet, while rereading Story Matters this morning, I feel an energy—a buzz of excitement—that comes whenever I read a professional development book that is more than just another “strategies book.” Story Matters is much more than that. It asks you to reconsider your definition of genre, and after you have done so, it will provide you with the tools needed to unleash the potent power of story in your classroom.

They say that a good story should change you. The stories Liz Prather tells in these pages will change my classroom next year. They will change yours, too. 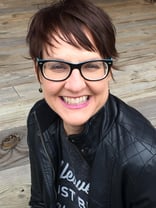 Liz Prather is a writing teacher at the School for Creative and Performing Arts, a magnet arts program at Lafayette High School in Lexington, Kentucky. A classroom teacher with 21years of experience teaching writing at both the secondary and post-secondary level, Liz is also a professional freelance writer and holds a MFA from the University of Texas-Austin. Find her on Twitter at @PratherLiz

From Instinctual to Intentional: My Transition to Online Learning

On the Podcast: Revisiting Narrative Writing with Liz Prather