Late one night during the first month of the school closure, I found my husband TJ, a kindergarten/first-grade teacher, sitting with an open beer on one knee and his iPad on the other. He was playing a Seesaw video one of his students had posted.

On screen a girl in a fancy, blue polka dotted dress and sparkly shoes held a peach-colored balloon upon which she had drawn two big black dots for eyes. She had made it to look just like one of the salmon eggs she had watched hatch in the tank in his classroom. Looking into the camera, bouncing the balloon between her hands, she said, “Mr. O’Donnell, how are the salmon eggs doing?” The film ended.

TJ took a swig of his beer and pressed play again.

His class raises salmon eggs every year. In a partnership with the Alaska Department of Fish and Game, they are given fertilized silver salmon eggs on the bank of the Tanana River and incubate them in a chiller tank in the classroom. All winter they watch them. Just before winter break, his students were excited to see the black eyes appear in the pink orbs.

They got to see the eggs hatch just before spring break. Alevins, the larval stage of salmon growth, emerged. They look like needles with eyes and small pink balloons attached. According to TJ, it was a strong hatch, and his class was on its way to having a lot of salmon fry swimming in the tank.

If everything had gone as scheduled, the alevins would have grown into fry—full-fledged, albeit tiny, juvenile salmon—just after spring break. And shortly after that his students would have gone on an ice fishing field trip and released them into a lake. Waving goodbye, they would have rooted for some of the baby salmon to grow big enough to be caught on a rod and reel.

But no one came back from spring break.

At first TJ thought he would be able to visit his classroom alone and feed the salmon as they outgrew their yolk sacs. He would make videos and share them with the class. Then teachers learned they would get one appointment alone in the building to clean up their classrooms.

The program director at Fish and Game gave him a couple options. He could wait a few days and then bring the salmon fry to the office where they would be fed to bigger fish, or he could dispose of them himself. Either way, he was going to become the kindergarten-teacher version of the destroyer of worlds.

By the time he was briefly allowed back into his classroom, the Fish and Game office had also closed to all visitors, so he drained the tank, scooped the alevin out, and washed the gravel.

He had hoped in the midst of everything, his students might not ask about the salmon. He hoped he would be spared having to tell them what happened.

And then his student posted the video.

I’m an instructional coach. I’ve been trained to ask questions and avoid giving directives, but I said, “You need to stop watching that.” As his partner, I knew this particular binge-watch wasn’t going anywhere helpful.

In March we all struggled with the sadness of the school closure: teachers, parents, students. At my kitchen table, I observed it play out day by day for one kindergarten teacher. One day he made a phone call to a student who had dropped out of contact to find that voicemails were being rejected by a full inbox. Another day, singing “Happy Birthday” felt crushing with Zoom’s out-of-sync audio and the palpable lack of cupcakes. Another day a car hit a power pole; most of his students who live in Goldstream Valley lost their electricity and internet exactly when they were about to get to wave to their friends.

And on top of it all he was stuck at home married to an instructional coach who was home all day too. The only classroom I was in for the spring semester was his, which was also my kitchen table. I video-conferenced, chatted, called, and texted the teachers I support, but anything human filtered through plastic and wire is not the same.

Yes, we had to keep going this spring. But we also had to acknowledge our professional grief. It might have hit some of us as we packed classrooms in preparation for deep cleaning. Or in understandable silence that came in response to check-ins on a student we were trying to reach. Or in watching attendance drop on Zoom as the weeks dragged by. For TJ, it manifested as a beer-on-the-knee Seesaw-watching session.

In education, consultants who refer to themselves as keynotes offer aggressive positivity as a solution. Glossing over necessary critiques of systemic issues, they pretend that if teachers simply act excited enough and sign up for enough edu apps, students will do better.

Teaching requires both an acknowledgment of hard truths and a willingness to keep going in the face of them. Real change takes hard work, deep rethinking, restructuring, personal commitment, and humility. Our students deserve that, and it’s our job next year to make it happen whether it’s online, in-person, or something in the middle.

Teaching requires both an acknowledgment of hard truths and a willingness to keep going in the face of them. Real change takes hard work, deep rethinking, restructuring, personal commitment, and humility. Our students deserve that, and it’s our job next year to make it happen whether it’s online, in-person, or something in the middle.

This week, our district began to offer plans for the fall: modified schedules, partial days, and a reminder that we could go back into a strict closure at any time. The Zoom for parents had over one thousand people online. We all want information, but we can’t know what’s going to happen. Step one is acknowledging our frustration, sadness, and fear around the ongoing unknowing. Naming it, we can go forward with clear eyes and do what’s best for our students.

So much has changed and will keep changing. When the change feels overwhelming, I take solace in the fact that at least feelings are impermanent too.

Back in April, TJ did stop pressing play and got himself off the couch. He figured out what he had to do. He tempered the truth by telling his class that he had taken the baby salmon to the Fish and Game office where they became the food for the bigger salmon. Next, he set chicken eggs in an incubator in our kitchen. Again uncertainty. He couldn’t know for sure that nothing was going to go wrong in the incubator, but he got lucky. Nine of the sixteen eggs hatched.

The girl in the sparkly shoes didn’t get to see the baby salmon again, but before school ended, she did get to see the chicks hatch on Seesaw. And on the last day of school, the whole class cheered as TJ held a chicken (now named Periwinkle) up to the camera.

When school opens in whatever form it can, we will figure out what to do next. It will take more than aggressive positivity. The 2020–2021 school year is going to demand a lot. We need to begin by acknowledging the difficulty of teaching in these times. We need to push back where students need our advocacy. We need to support each other as educators, because in the midst of all of it, each of us needs to maintain our own will to keep going. 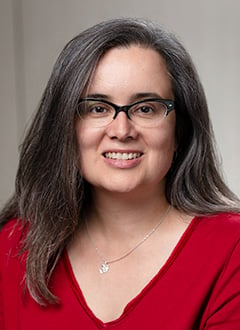 Nicole Stellon O'Donnell currently teaches English and serves as Head Teacher at Golden Academy, a school housed within a state juvenile detention facility in Fairbanks, AK. In her teaching there, she strives to keep her students at the center of her practice by honoring and fostering their engagement. She believes in the power of being an active literary citizen to shape strong leadership and teaching. She has led by example in publishing poems, articles, essays, and is the author of two forthcoming books. She has received numerous awards and honors, most recently her book Steam Laundry was the 2018 statewide Alaska Reads Selection. Follow her on twitter at @SteamLaundry