On the Podcast: Robert Kim and the School to Prison Pipeline
END_OF_DOCUMENT_TOKEN_TO_BE_REPLACED

On the Podcast: Robert Kim and the School to Prison Pipeline 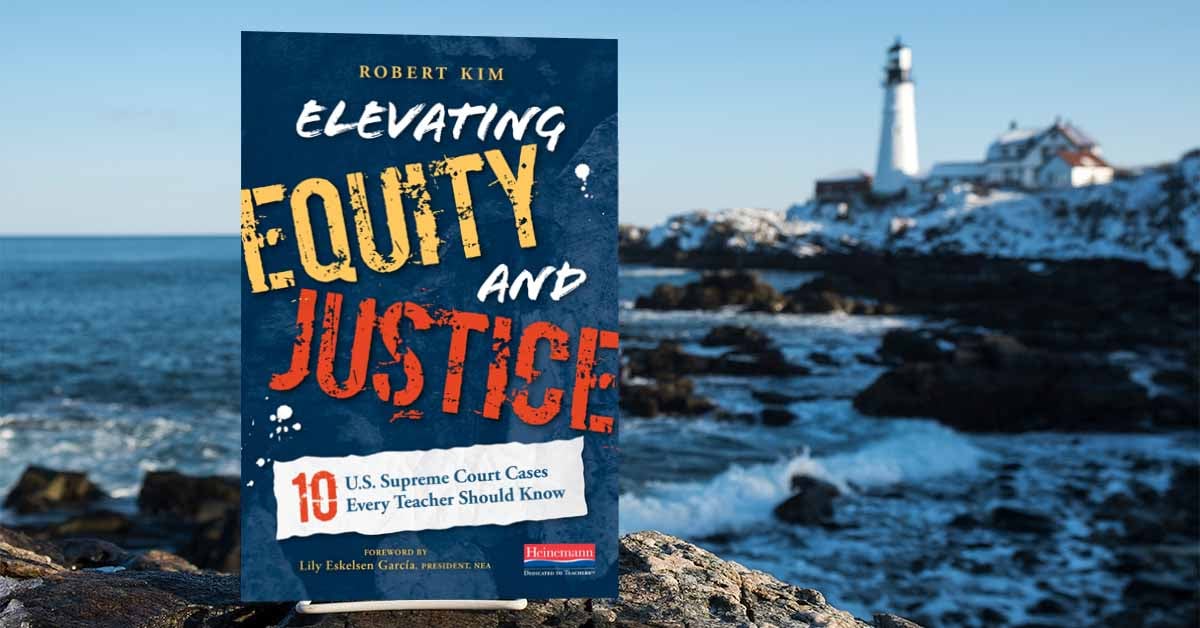 When you think about court cases that have changed education, you probably think of the big ones, like Brown v. Board of Education. But what about the others?

Recently, during a conversation at NCTE we spoke with Robert Kim about some of the lesser known, but just an impactful, Supreme Court cases that continue to shape our education system. Bob is an education policy expert and former civil rights lawyer, and most recently the author of Elevating Equity and Justice: 10 U.S. Supreme Court Cases Every Teacher Should Know.

In this conversation, we focused on Bob's time in Obama administration, and his work around discipline disparity that leads to the school to prison pipeline.

Below is a full transcript of this episode.

Bob: One of the roles of the Civil Rights Department at the federal level in the U.S. Department of Education was to look at different ways in which students of color were being unfairly treated, or any student was being unfairly treated based on his or her race. When it comes to education, it turns out that discipline is something in which we know that there is a lot of unfairness. At first, it may seem like, "Well why is that a civil rights issue? Isn't discipline something that is just the province of every school, every teacher, or a principal?" There's an infraction of behavior, and then the school's discipline. How is that a civil rights issue?

But then you pan out a little bit, and you look at the data across the country, and it turns out that students of color, especially African American boys and girls, are suspended at three to four times the rate of their white peers. We also know that other categories of students, like students with disabilities, because of their perceived behaviors, that they're also suspended at over double the rate of non-disabled students. So what we tried to do in the Obama Administration is, one, capture the data to show across the country that there are these disparities. Two, we would go into civil rights enforcement, sometimes asking districts to explain why their black and brown students were being suspended at disparate rates than white kids, and sometimes would come up with remedies for that.

Three, we also wanted to write guidance that would support school districts in first understanding the issue of disparate treatment in discipline, and also help them to find resources or alternatives to suspension that could be more just and keep more students of color, students with disabilities, in the classroom and in schools. So that was some of the work that we did around school discipline, and we know that also discipline has a direct correlation to increased incarceration among young people. So that's another reason why focusing on discipline was such an important issue.

Brett: In the book, you have a specific case that you reference about due process. Can you connect those dots?

Bob: That's right. There was a case in the '70s called Goss vs. Lopez. What lawyers know is that this is a very famous case that established that there had to be at least some minimal due process for students who were being disciplined. What I didn't realize until I had actually gone back and looked at the case was that this was actually a school-to-prison pipeline case in a way. It involved students of color who were involved in racial protests in the Ohio area in the '70s. There were dozens of students of color who were swept in, in a kind of dragnet, for discipline and suspension because of some protest and unrest that was going on within a particular school or set of schools in the Columbus area.

The case established that you can't just summarily kick out kids of color without any kind of notice to them, or their parents, or without any kind of hearing, or at least a chance for them to explain their side of the story. So it was a due process case that established that there had to be those protections in the disciplinary process, but it actually is also a window into this larger phenomenon of kids of color being suspended at large rates compared to white kids and other more privileged students.

Brett: I'm a teacher listening to this. This is obviously very upsetting. I want to be mindful of this. What can I do in my classroom? What should I be thinking about as the teacher? What should my takeaway be here that I can take back into the classroom?

Bob: I think the first thing is to understand that the law can only do so much. Right? We can establish that patterns of disparate treatment or different treatment for students based on their race is not lawful. But what we really need to do is to understand why discipline is happening at different rates, and whether there's things that we can do to remedy that. I think that for many students of color, they're being written up for things like so-called willful defiance, or for disrespectful behavior. A lot of times, as educators know, there's reasons for that behavior.

What teachers really need and want are the supports and resources for how to go behind that behavior and to understand that maybe the student is experiencing trauma or some kind of hardship that's leading to the behavior. Maybe it's the teacher's perception that a particular student of a different background is acting in a particular way but it's this divide between the teacher's perception of how a student should behave and the student's own background instead of norms for themselves that is not necessarily coming across as dialogue, but is coming across as disrespect or as willful defiance.

One of the things that I hope comes out from reading a case like Goss vs. Lopez is that student discipline issues are a major civil rights issue, and that if we think about discipline and the way that kids are first suspended in school, and then in many cases even arrested in school or referred to a law enforcement agency due to their infraction in school, you can really see how suspensions of black and brown kids can lead to the so-called school-to-prison pipeline. I sometimes think of school suspensions as like the new stop and frisk. If we think about stop and frisk as police behavior where you find a more innocuous reason to stop a person of color on the street, and then that could lead to finding some reason to arrest that person, and then lead them into the criminal justice system.

It's the same thing with school suspensions. It's the first step toward incarceration, detention of youth, and so it's almost like school suspensions are the new stop and frisk brought inside the schoolhouse gate. So I think understanding that is one step forward, and it could lead to a new consciousness or reckoning in school systems that ... Look, maybe the suspensions and the disciplinary practices are okay, they are sound, and they're not unjust in some way. Nobody's suggesting that teachers shouldn't have the ability, or the school shouldn't have the ability to discipline students. But what we do want to do is use it as an opportunity to examine the practices.

All of those are possible reasons for behavior, student behavior, and I think what teachers are really craving is the opportunity to examine those things, and to have the supports and resources to come up with both solutions in the classroom, but also alternatives to harsh punitive practices like suspensions and expulsions.

Learn more about Elevating Equity and Justice on Heinemann.com 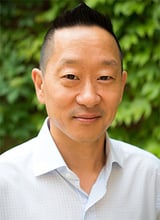 Podcast: Why and How to Choose Professional Learning

ON THE PODCAST: Cultivating Student Agency

What happens when students have the freedom to know themselves as learners, and lean into their agency?
Jun 9, 2022 3:45:00 AM