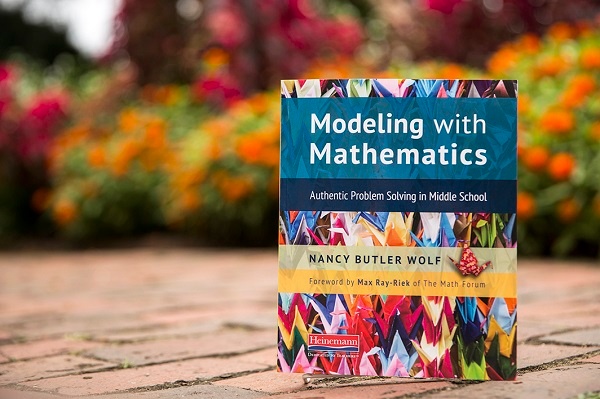 In her new book, Modeling with Mathematics, Nancy Butler Wolf provides clear, friendly guidance for teachers to use authentic modeling projects in their classrooms. She provides detailed examples and hands-on activities that support students in developing key problem-solving skills and becoming engaged mathematicians.

In today's post, which is adapted from the book, Nancy talks about how shifting instruction to include more mathematical modeling develops autonomy in our students.

Any teacher who has been in a traditional math classroom has experienced something like this: We give some background information, hand out the task, and ask students to read and discuss it. Within 5.2 seconds (certainly less time than it takes to read the task), at least one student will say, “I don’t get it. What are we supposed to do?” Students in the traditional math classroom have become accustomed to practicing endless exercises surrounding a given concept, and then, perhaps, solving a couple of word problems using the same algorithm or strategy. A rich modeling problem will present these learners with some challenges: Which strategy are we using here? What do we do first? What are we trying to find? When students are used to step-by-step instructions and specific rules to follow, they have a difficult time stepping out on their own. As we help students transition from the traditional math classroom, where they are learning math, to a richer environment where they spend more time doing math, we are encouraging them to develop mathematical autonomy.

Too many math teachers are used to a classroom where there is one right answer and one way of doing the problems. When we begin to investigate modeling activities and nonroutine problems, we begin to realize that there are many approaches to the same problem and, often, many right answers. Incorporating modeling into the classroom challenges the teacher to really understand the problem, to encourage and support students as they clarify their justifications and explanations, and to also be a thinker and problem solver when interpreting and assessing student work and justifications.

When it became apparent there was more than one way to view this problem, and that all ideas were respected and considered, the room exploded with suggestions.

In my years of designing and implementing problem-solving opportunities and modeling activities, I am continually astounded at the variety and creativity of students’ (correct) responses to nonroutine problems. When I began this jour­ney, I would view a problem as having one obvious solution, but then the students would explain their reasoning, and I would learn as much as they would! When I was open to a variety of methods and approaches to a problem and worked hard to understand what the students were trying to tell me, I often discovered new ways of looking at problems. I have some problems I use frequently with groups of students. Even after a decade of use, each time I present them I add to my own knowledge and understanding through students’ novel approaches.

A baby step toward autonomy in a real-life modeling problem can be seen in a pattern activity such as the Block Tower problem. In this problem, students are given the following visual and are asked to re-create it with color tiles and to identify patterns. 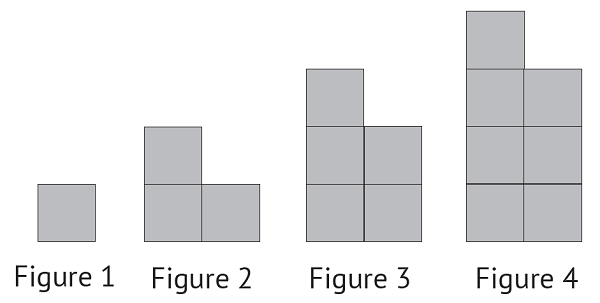 Problems like these can demonstrate to students that there are many ways to view and approach the same problem, and that all students can have an impor­tant contribution to make that can add to other students’ understanding.

I was recently working with a group of students in a middle school special education classroom. These students had a long history of struggle and failure in mathematics, had spent years in “remedial” courses that consisted of rote learning and calculations, and had little confidence in their own abilities. When first presented with the Block Tower problem, many students balked. This was an “intervention” class where the students spent (by the teacher’s description) most of their time working with flash cards, memorizing multiplication charts and fact families and practicing two- and three-digit multiplication and long division. The students had little experience with problem solving and nonrou­tine investigations and even less confidence in their own abilities. While some students started constructing figures with the color tiles provided, most sat quietly and waited for instructions. As I went from group to group, I encour­aged them to construct the figures with the tiles, and then draw them on their papers. With this prompting, the students got to work.

When most students had drawn the first several figures, I asked the class to describe the patterns they found. Initially, only one or two students were brave enough to explain the patterns they saw, but when it became apparent there was more than one way to view this problem, and that all ideas were respected and considered, the room exploded with suggestions. When students under­stood that there were many possible patterns (and then discovered even more when they created tables and pictures), they became confident to try to find and test their own patterns. This activity became a very rich mathematical environment where students felt free to explore new ideas, make mistakes and correct them, and share their discoveries with others.

The Block Tower investigation encouraged students to look for new pat­terns and investigate their own ideas. Even the most reluctant learners became engaged in the investigation when they felt assured that there were no wrong answers. Even when they came up with patterns that did not prove to be true in all circumstances, they were encouraged to use their knowledge to try again.

When students are unaccustomed to nonroutine problem solving opportu­nities, they may have a difficult time with the initial investigation and identifi­cation of the problem situation in an extended modeling problem. In this case, it may be advantageous to begin with smaller activities such as the Block Tower problem in order to encourage student autonomy, promote motivation, and give students experience with problems for which there are many approaches and viewpoints. In this way, they will be more prepared to approach more com­plicated problems with a degree of autonomy.

Click here to read another blog from Nancy about giving students a voice in their learning through authentic and engaging modeling tasks. 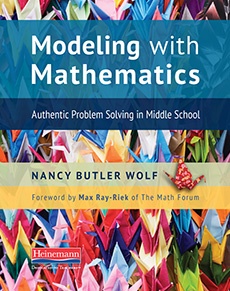 Nancy Butler Wolf is a national math consultant and curriculum developer who has served as a member of NCTM’s Illuminations Writing Group. She has over 30 years of classroom teaching experience and has presented at various conferences on mathematical modeling and algebraic reasoning. Follow her on Twitter @drnanbut.

Modeling with Mathematics: Getting Started