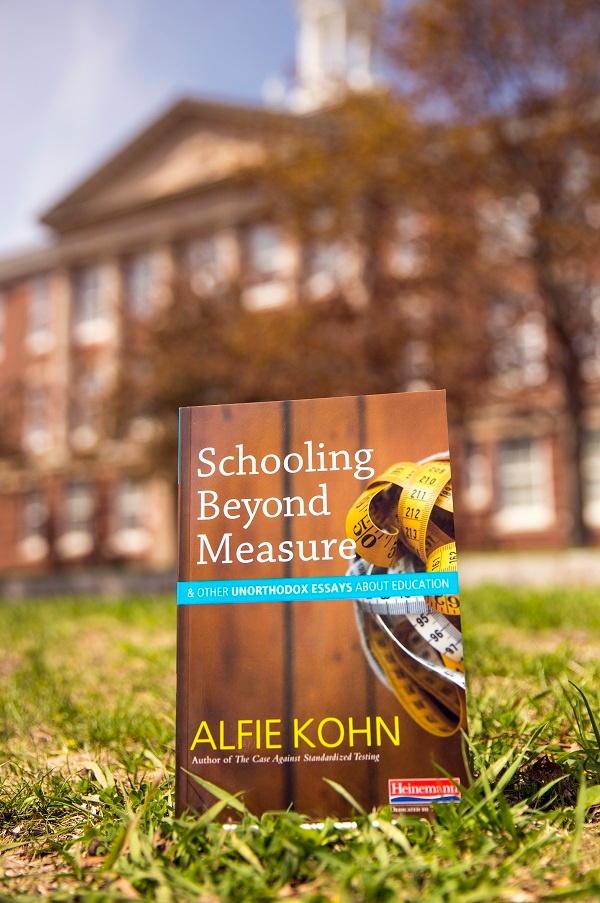 Alfie Kohn writes and speaks widely on human behavior, education, and parenting. The author of thirteen books and scores of articles, he lectures at education conferences and universities as well as to parent groups and corporations. Kohn’s criticisms of competition and rewards have been widely discussed and debated, and he has been described in Time magazine as “perhaps the country’s most outspoken critic of education’s fixation on grades [and] test scores.” Today’s blog is one of the essays in his new book, Schooling Beyond Measure and Other Unorthodox Essays About Education.

Lowering the Temperature on Claims of Summer Learning Loss

The idea of summer learning loss—the implication of which is that it’s risky to give kids a three-month vacation from school because they’ll forget much of what they were taught—has become the media’s favorite seasonally specific education topic. And that’s not just because they’re desperate for something to write about when school’s out. It’s a story we’re all predisposed to embrace because we’re already nervous about time off for children. It’s widely accepted, for example, that kids need to be doing some homework every night during the school year lest they find themselves gravitating to insufficiently constructive activities.

Experts who study creativity like to talk about doing and resting, painting and stepping back from the canvas, thinking about a problem and taking a break during which a new insight may sneak up when we’re not expecting it. (Recreation can mean re-creation.) If, on the other hand, we’re enamored of a factory model, then we’re going to be more focused on productivity than on imagination—and, theologically speaking, more worried about idle hands being the devil’s tools. Busyness becomes an end in its own right. We frown when our kids waste time and feel a little ashamed when we ourselves are guilty of it.

I shouldn’t be surprised, therefore, that when I’ve raised questions about the practice of assigning homework on a regular basis, the most common challenge I’ve faced isn’t related to the putative academic benefits but to the prospect that children will just misspend all that time on Facebook or video games. It’s kind of interesting, when you think about it: No teacher ever admits to assigning busywork, but this defense of homework itself has nothing to do with the value of the assignments; the point is just to keep kids busy.

It’s predictable, then, that we’d be disinclined to let children chill just because it’s hot out. We’re primed and ready to respond when someone claims that all the progress students have made during the school year will be lost forever if they’re allowed to slack off during the summer. It’s a Sisyphean metaphor buried in our DNA: The minute you let up in your efforts to roll that rock toward the summit, well, you know what happens. “L’école d’été pour tous les enfants!”

What does the research say? Is there any truth to the summer loss claim? Yes. But it’s more limited than is generally acknowledged, and it doesn’t point to the solution that’s most commonly endorsed.

First of all, whatever kind of loss does occur, at least in reading skills, is directly related to students’ socioeconomic status. Low-income children are affected disproportionately—to the point that a good part of what is classified as the achievement gap can be explained, statistically speaking, by class-based differences in what happens over the summer. The “summer shortfall…[of] low-SES youth…relative to better-off children contributes to the perpetuation of family advantage and disadvantage across generations.”1 That’s very different from sweeping claims about learning, per se, being something that’s inevitably lost when you take a break.

Second, to the extent that low-income kids are likely to lose ground in reading proficiency, Richard Allington, who specializes in this very issue, points out that summer school (and summer homework assignments) aren’t necessary or even sensible. Rather, he and his colleagues have shown that the key is to ensure “easy and continuing access to self-selected books for summer reading”2—a solution that’s not only a lot cheaper than summer school but a lot less likely to cause kids’ interest in learning to evaporate in a sweltering classroom.

Third, in evaluating the nature and extent of the problem, it’s important to keep in mind that virtually all of the research, like almost all talk about the achievement gap itself, is limited to what shows up on standardized tests. Here’s the question we should be asking: “Is there still a summer loss problem when we use more meaningful assessments, or is it an artifact of exams that we already know to be deeply misleading (and to have bias built into them in various ways)?” The answer is: We just don’t know. For the time being, then, we should refer to the phenomenon as “summer loss on standardized tests.”

One of the flaws of traditional instruction is that it consists of transmitting a bunch of facts and skills to students, which they then promptly forget.

Finally, even within standardized test measures, summer loss mostly applies to “factual and procedural knowledge” such as “math computation and spelling skills,” according to the 1996 meta-analysis that’s still the most widely cited source on the topic.3 This echoes what we know about the whole idea of “time on task,” which turns out to have a much less significant relationship to learning outcomes when those outcomes are intellectually ambitious. More time reliably leads to higher achievement mostly when the task involves very little thinking.

As progressive educators have been pointing out for a long time, one of the flaws of traditional instruction is that it consists of transmitting a bunch of facts and skills to students, which they then promptly forget. Summer loss thus should be seen not as a sad but inescapable truth about education but as one more indictment of traditional education, with its reliance on lectures, textbooks, worksheets, grades, tests, and homework—all employed in the service of making students cram bits of knowledge into their short-term memories. (And how absurd to think that the solution to this predictable forgetting is to give students more of the same!)

By the time September rolls around, kids may indeed be unable to recall what they were told in April: the distance between the earth and the moon, or the definition of a predicate, or the approved steps for doing long division. But they’re much less likely to forget how to set up an experiment to test their own hypothesis (if they had the chance to do science last spring), or how to write sentences that elicit a strong reaction from a reader (if they were invited to play with prose with that goal in mind), or what it means to divide one number into another (if they were allowed to burrow into the heart of mathematical principles rather than being turned into carbon-based calculators). 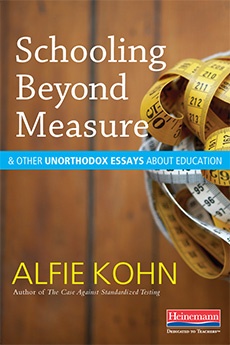