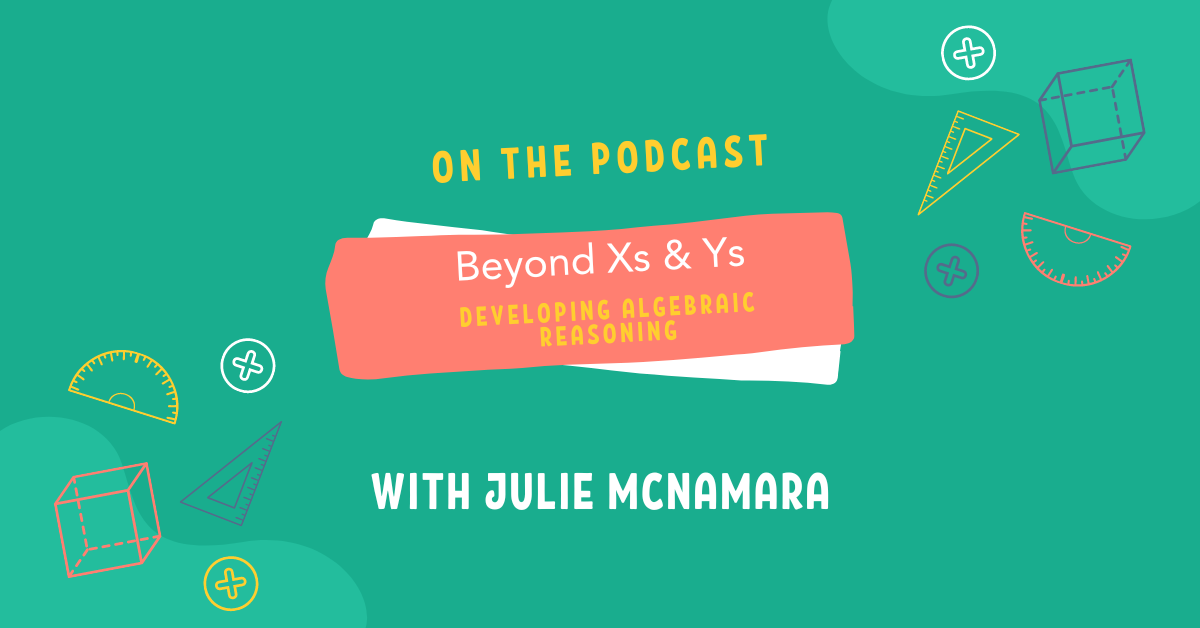 On this episode of The Heinemann Podcast we are joined by Julie McNamara. She is an associate professor of mathematics education at California State University, East Bay, in Hayward California. She also provides professional development and classroom coaching to teachers in the San Francisco Bay Area.

This short conversation was recorded back in September, and Julie talks about how students develop algebraic reasoning skills in their younger years.

A transcript of this episode will be available soon.

Steph: I'd love to start off with just learning a little bit more about you, your background and how you came to do the work you do.

Julie: Yeah. I started out as a classroom teacher. I had a very common experience with mathematics as a school kid, where I thought I was really good at math. I thought it was great, it was so fun. And then at some point I hit a wall and it got hard and I just decided that it wasn't for me, which is very common, especially for women. And so it just didn't occur to me that this would be my life's work until I became a classroom teacher. And in my pre-service program I was exposed to a completely different way of thinking about mathematics and realized that not only was I actually capable, that math was pretty cool and fun. And then that solidified when I went into the classroom and I was able to bring what I had learned in my program and sort of my new attitude to my students. And I got to see them blossoming and again, seeing that they were capable and that math was pretty cool.

Steph: So we're here right now at the annual NCTM Conference in Los Angeles and you have a very interesting presentation supporting the development of algebraic reasoning. And you say that students start to develop these reasoning skills long before algebra is formally introduced. So can you say a little bit more about that?

Julie: Yeah. We sometimes think of algebra as starting in middle school. If we really look at what students are doing prior to that, they're developing all of these understandings and skills far before that. And one of the hard things with mathematics in particular is that sometimes topics are introduced as brand new, when in fact what can be more beneficial is for teachers and kids to tap into what have they learned before that can really support them here? What have they done in the past that we're building on? So it's not like it's a brand new idea, it's an idea that's developing from something they've learned already.

Steph: And why is it important to you start developing those algebraic reasoning skills in the earlier grades? How do we know that kids are really ready to go there?

Julie: Well, it's not so much about are they ready because they're doing it. They are doing it. And it's more for me about teachers recognizing that that's what they're doing. So my approach for this talk in particular is to look at it from two different directions, this developing of reasoning. One is to validate and acknowledge and give emphasis to the amazing work that happens in the early grades and as kids go through elementary school, and really understand that that's building these strong foundations, so to help teachers understand that what they're doing is so essential. And then for teachers in the middle school and even high school to understand that there were things kids were doing earlier that they can draw on.

Often, and I just had this experience in my math methods class on Monday, I will just share it, experience, students were doing a number talk and these are all folks who are going to teach middle and high school and they're all in classrooms now. And one of the number talks was a fraction division. And one of my pre-service teachers showed a bar model or tape diagram that that's how she solved the problem. And the other teacher candidates had never seen that before. It was a brand new representation for them.

Well, that's really great for middle school and even high school teachers to know that this is this wonderful representation that can be used in multiple ways, multiple levels, and you can build on that. Students have hopefully experienced that in elementary school and as middle school and possibly even high school teachers, you can use that same representation and even just tap into kids and say, remember when you used this model, maybe when you were adding or multiplying? We're going to use it today for this division problem.

Steph: Yeah. So it sounds like there are some practices that teachers are already implementing that are supporting this type of reasoning without maybe even realizing it.

Julie: Absolutely. Some of this came to me when I was prepping a PD session for kindergarten teachers and we were doing measurement activities. And so I brought in a bin of stuffed animals because we were going to talk about all the measurable attributes and then compare our stuffies and who is tallest and who is shortest and who's are the same. And then when I looked at the standards and it talked about, you can measure things in the primary grades, measure two objects against each other, and then measure two objects by using a third object. You don't necessarily line them all up, you can use this other object.

And it dawned on me, these are exactly the same ideas that we're using when we're looking at the properties of equality and inequality, which are essential in algebra. And if we just have kids compare things and then we put those labels on if A equals B and B equals C, A equals C. Well, if A is my alligator and B is your bear and C is your stuffed cat, then we've got it and we can compare them. And again, giving those teachers at the higher levels ideas, not that they're going to bring in stuffed animals, but that they can provide some really concrete ways that kids have been experiencing some of these ideas in earlier grades.

Steph: I love that. And what are some additional practices that teachers could bring into their practice if they want to build this type of reasoning?

Julie: Yeah. Well, one that we see a lot in the middle grades and elementary school is something like using arrays and area models when we're introducing multiplication. And then as we even get further along in thinking about an open area model and how can we break numbers apart and kind of model a partial products of strategy, which is basically the same math as the standard algorithm. I always try to make sure my teacher candidates understand that. And then building from that, when we look at multiplying binomials, we're using what they're calling a box method. Well, it's the same math. We're still using this rectangular space, laying out the rows and columns and then multiplying. So just helping, again, helping teachers understand that kids have seen this before, they have done this before. Let's build on that and then as things get more complex.

Steph: And so in addition to all the work you're already doing, you also have two books out which folks can find at Heinemann called Beyond Invert and Multiply, and Beyond Pizza and Pies. What can readers find in these books?

Julie: Well, one of the things that is a real challenge for teachers and kids and most adults in the United States at least is understanding fractions. Generally, that's because I believe we have gone from having kids split up area models like pizzas and pies and cakes and things like that, which is all really important, but then we expect them to go directly from there to computation. So now I'm trying to multiply a third of a cookie by two fifths of a cake, and that doesn't make any sense, right?

One of the things we really want kids to do is develop this understanding of fractions as numbers and numbers that sometimes operate a little bit differently than whole numbers. Although the mathematics is the same, but it looks kind of different. When you multiply two fractions together, you're not going to get necessarily a bigger number, things and division with fractions. Wait, why is my final answer larger than the number I started with? That doesn't make any sense.

So there are those places, but if we think about fractions as numbers and develop that understanding, and if teachers know again, that's where this is going, it can make such a difference for students and that's what the books are really about. The first book Beyond Pizzas and Pies is about foundational understandings, and then the second book is really about computation and understanding how do we make sense of computation? Again, building on what they've done in the past with whole numbers and then applying that to fractions. 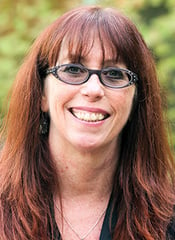 Julie McNamara is an Associate Professor of Mathematics Education at California State University, East Bay, in Hayward, California. She also provides professional development and classroom coaching to teachers in the San Francisco Bay Area. Before receiving a PhD in mathematics education from the University of California, Berkeley, she was a classroom teacher in local public schools.