The Reading Revolution: How One Community Fought for Book Access and Won
END_OF_DOCUMENT_TOKEN_TO_BE_REPLACED

The Reading Revolution: How One Community Fought for Book Access and Won 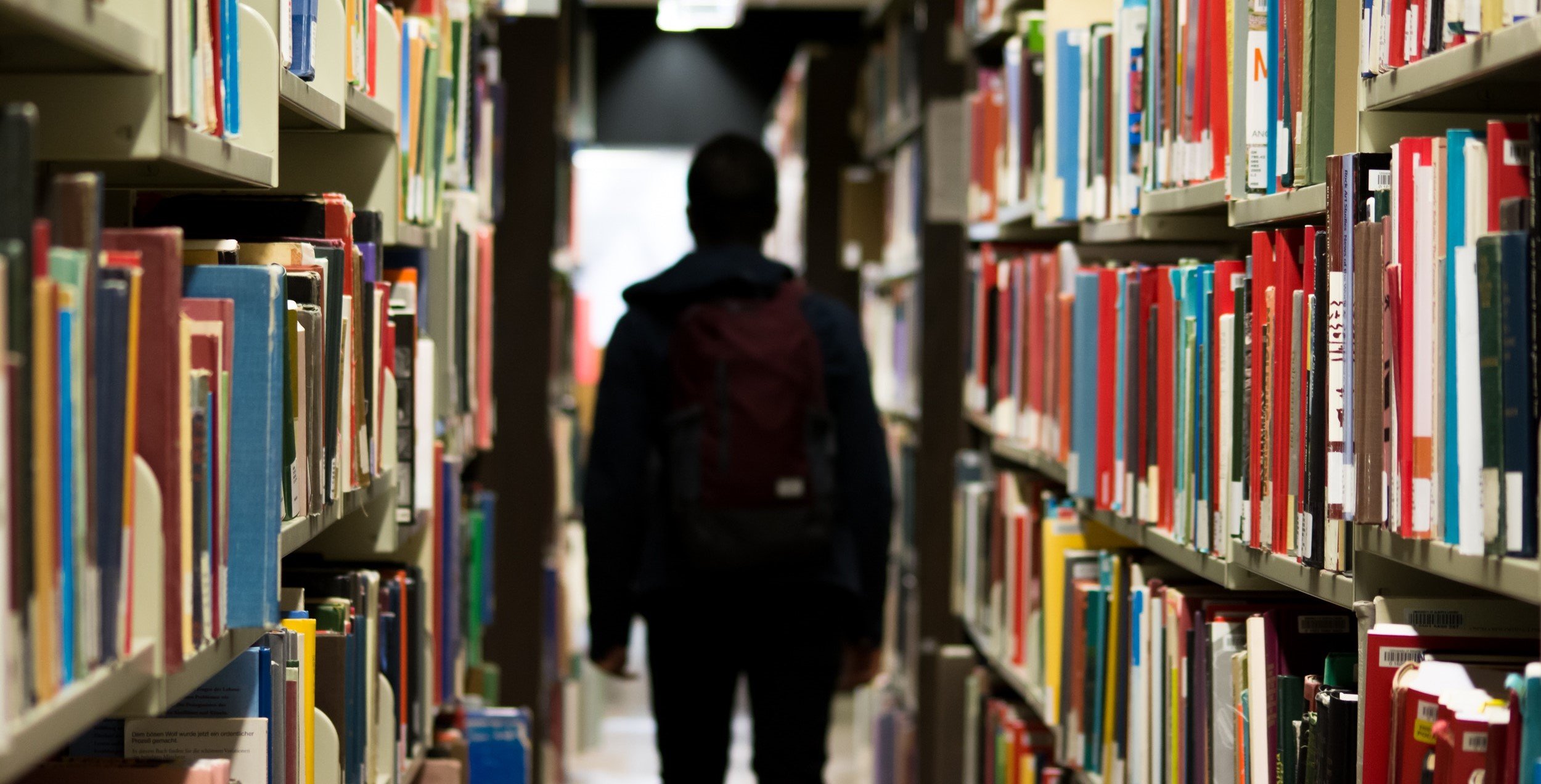 Photo by Banter Snaps on Unsplash

One of the most troubling things I considered (when deciding whether to take a new job as librarian after my district decided to reopen the library) was whether I was going to have a job at the end of the year. For the sake of full transparency, there is no guarantee I will still have this job next year. I entered the position knowing full well that librarians across the district—especially secondary librarians—are retiring and not being replaced. Libraries in middle and high schools across the country are quietly being closed, the books often donated, moved to other buildings, or just left in place with no one to circulate them. For example, in the article “Disappearing School Libraries—Why?” author Adam Wood notes that “if [any school] space can’t be directly and demonstrably linked to pre-established assessment-oriented learning activities it is now seen as an opportunity cost—get rid of it, use the space elsewhere.” That is exactly what happened in our school when what is now the library was turned into the math center and chosen to house the controversial and ultimately unsuccessful Teach to One math program.

I am one of a handful of secondary librarians in the largest urban school district in Colorado, serving 90,235 students, only 36 percent of whom are proficient in reading. I work in a neighborhood called Montbello, a suburb of Denver proper that has historically been home to a predominantly African American population. In recent years, our Latinx population has increased dramatically. Currently, the five schools housed in my building have a student population that is 70 percent Latinx and 30 percent African American.

For the last eight years, our schools, which operate with a shared-campus model, haven’t had a functional library or full-time librarian. Eight years ago, we had a library but only a part-time librarian. Five years ago, we had a para-librarian who was not staffed full-time, which means she wasn’t paid a full-time wage. She waited tables to make extra money. When she left, deciding she could make more money elsewhere, she wasn’t replaced, leaving no one in the building who knew how to check books out to children. Great library programming—such as co-teaching, information literacy, makerspaces, read-alouds of the best new titles, and much more—came to a standstill. We did have support from district library services, with the regional director doing her best to have a mobile library in the trunk of her car that allowed her to come and read aloud to kids. But this was a poor substitute for what we should have had, and she was one woman serving over a dozen schools without libraries.

Over the years, the “library” space came to be used for professional development, math labs, anything but literacy programming, and collection development slowed down significantly. District library services ordered some books for our shelves, but the amount of funds allocated for a library and librarian were not equal to those that exist when the library is staffed full-time by someone who knows the students and puts time into developing an awareness of the latest titles students want to read.

Then somehow word got through to the community that none of the almost two thousand students in the building had access to a school library. Through hard work, many meetings, and advocacy from several school board members, we got our library back. But there is no guarantee it will remain. The five schools in my building have one year to learn how to share the space, the collection, and me.

Our story is not unusual. Though our district has a complicated relationship with library services, my general understanding is that schools can opt into having a library and librarian, or not. Once they make the choice not to have a library or librarian, they can reallocate the money toward other things that on the surface seem more “modern” or “relevant,” such as e-book databases and one-to-one technology programming. Opting out of library services frees up money to feed the ever-present and insatiably hungry beast—test prep curriculum and online modules such as Khan Academy SAT test prep. In many school districts labeled as “urban” or serving “underserved” communities, the pressure to get students to perform to standards set with suburban students in mind is virtually insurmountable. Many adults do not really know what librarians do. They don’t make the connection between students who are passionate readers and enhanced literacy skills. Many people still think the bulk of a librarian’s job is to move books past a scanner.

Since becoming a librarian, I have been educated about so many details that go unnoticed by those outside of librarianship. I have also come to understand the important role teacher-librarians can play in turning around school environments in which a child’s love for reading has been eliminated or allowed to fall dormant.

I began Project LIT Montbello (a local affiliate of the grassroots organization known as #ProjectLIT) in school year 2017–2018 with just forty students signed up and twenty regular participants. This year, we have one hundred participants. Such is the power of returning the right to read to students that have had it taken from them.

I am blessed to have wonderful colleagues and coaches, helping me learn the ropes of librarianship, and as a result of grant writing and their mentorship, our library has received over $40,000 in a six-month time period. We will be able to fill library and classroom shelves with materials that reflect our student population, which is beautifully linguistically, ethnically, and culturally diverse.

With the support of several important community partnerships, we have received donated books to give children so that the blessing of a home library (which so many upper-middle-class families take for granted) will be a part of my students’ lives too. Many of them tell me how excited they are to have shelves at home with books they, and their younger siblings sometimes, love to read again and again. Thanks to these same community partnerships, we will be receiving virtual (and some in-person) visits from authors Angie Thomas, Jason Reynolds, Brendan Kiely, and Laurie Halse Anderson this year. There is nothing quite like having a live encounter with an author to rekindle a child’s interest in books—even one who has fallen out of love with reading.

And so, it is with so much hope that I embark on this journey, knowing not where the road will take me. I know that as hard-fought-for as our library has been, there are so many schools in the same situation, and, even worse, many children for whom there seems to be no one left willing to fight. It is my hope that for every person or group lobbying to remove libraries from schools, there will be a parent or community member willing to go to board meetings, ask the difficult questions about funding, and find out the truth about where secondary libraries in their district have gone. Let me assure you, our library didn’t disappear in the night and one person didn’t make the decision alone. There were lots of meetings held and many people who had to agree to the decision. Perhaps these people didn’t quite realize what can happen in just a few years.

A few weeks ago, an eleventh grader came to me elated because she found a book on the shelf that spoke to her identity. In fact, she was so focused on the book she walked out without checking it out. I called her back in and reminded her of the protocol for borrowing books, to which she replied, “Miss. I’m sorry. I was just so excited. I haven’t checked a book out since fifth grade.” This should never have happened, and yet, it is happening all across America. It is up to us to find out where and who is being affected by the choices to close libraries and the refusal to hire new librarians when those who have faithfully served communities for decades retire. If there is a library and a full-time teacher-librarian on staff in a secondary school near you, consider yourself, and your children, some of the lucky ones, but don’t stop there. Find out if just a few miles down the road someone has quietly determined that other children don’t need a school library. Then show up and ask the state representatives, school board members, and superintendents what they plan to do about it. Do not let them off the hook with an easy answer. 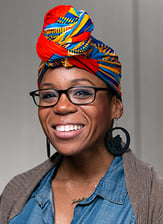 Julia E. Torres strives to empower students living and learning in historically marginalized or disenfranchised communities. Currently, she is a language arts teacher/librarian within Denver Public schools. Julia works to make her library a place for students to seek answers to questions that intrigue and excite them and to help reignite their love of reading through the development of rich, culturally and linguistically diverse reading lives and identities. She has served as a Regional Affiliate President for the National Council of Teachers of English (NCTE) and is the current NCTE Secondary Representative-at-Large. Additionally, Julia serves her colleagues as part of the Culturally Responsive Teaching leadership cohort within Denver Public Schools.