Are Our Teacher-Student Relationships Strong Enough? 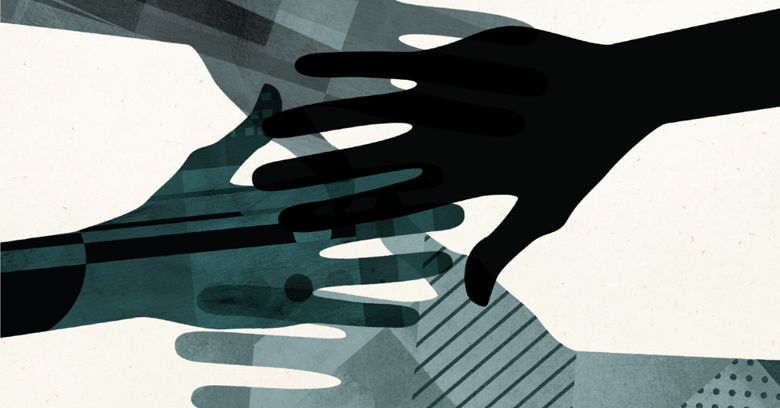 We sometimes fail to pause and consider how students’ behaviors affect us, both in how we feel and how we respond. Take a moment to consider the following questions.

1. How do you feel when students are resistant, defiant, or disruptive?

2. How often are your most difficult relationships with students who do not perform well academically? What might that mean?

3. What are some of the ways you have responded? What has felt constructive and what has felt less successful?

Sometimes we choose to protect our egos in experiences like these by dismissing a student as a troublemaker. And although we might think our teaching would be easier or our classroom would run more smoothly if certain students were not in our classroom, perhaps that student is telling us something important about the teacher we need to be.

As Carla Shalaby asks in her brilliant work Troublemakers: Lessons in Freedom from Young Children at School (2017), are these students the canaries in the coal mine, letting us know that our classroom and behaviors do not make all students feel as safe and supported as they could be?

“This Student Gets in the Way of My Teaching”

Consider this story from Tanya’s classroom:

I was warned about David before the school year even started. Teachers told me he was intelligent, but aggressive and disruptive. Despite their warnings, I began the school year confident that David and I would have a good relationship. At least once during both school breakfast and lunch, I made sure we had regular positive conversations. But David started to fulfill his past teachers’ predictions, interrupting class discussions by demeaning his peers, me, and the content. During independent work time, he would walk around the room and intentionally distract students who were on task. In our conversations, David showed that he understood why his behaviors were wrong but had little to no interest in improving.

My confidence soon became frustration. Assigning him classroom jobs turned into an opportunity to disrupt the class and draw attention to himself. Positive rewards for good behavior would only work for a short period of time, no more than two days, and he would be back to the same old behavior with me more frustrated than before. Negative consequences did not work either. Keeping him in for recess only made his behavior worse after recess. He wanted to be able to do as he pleased in my classroom regardless of the rules and he would often walk out when he did not get his way. Several times, he got physical with me and was removed from class. I had to call his father several times before we finally met in person.

We discussed the fact that David’s reading level was two years behind grade level. I told him about my concerns regarding David’s behavior, and although he was receptive, there was no change. I later learned that David did not live with or like his father, and his mother worked long hours and was not always available to work with him. Other students were vocal about their preference of him not being in class. And to be honest, so was I. The other students deserved to learn, and David’s behavior was not fair to them. Every day with David felt like we lived the same day again without either of us learning how to make things better. I felt I was doing everything right until David would push things too far. He would yet again insult another student, I would find myself yelling to interrupt it, and then we would be standing, facing one another, as I would tell him he had to leave. David was constantly in detention and was suspended several times for his behavior.

Self-Assess Your Relationship with Your Students

Are our teacher-student relationships strong enough? Consider the questions below. Then take a moment to reflect on students from your current class list. Put a check by each student’s name when the answer to the question is yes.

We know that part of the problem with stories like Tanya’s is that we could not answer yes to most of these questions for those students.

Consider the students about whom you answered yes to three or fewer questions. Choose one student to focus on. Take a moment to identify and describe what the challenges are in your relationship as Tanya did in her example. There is no shame in difficulty. It is what we do in response to difficulty that matters.

Reflection is an essential practice to relationship-building in the classroom. We cannot always be our best selves in the present moment. Reflection helps us prepare for a better future with students.

This blog has been adapted from No More Teaching Without Positive Relationships by Jaleel R. Howard, Tanya Milner-McCall, Tyrone C. Howard. Learn more at Heinemann.com

Tanya Milner-McCall is a twenty-nine-year veteran classroom teacher in Carrollton, Georgia. She is certified in Early Childhood Education and Middle Grades Education, and she holds a Gifted Endorsement. Tanya has taught several grades, including fourth (12 years), fifth (15 years), and sixth (2 years). She and several of her team members were Instructional Excellence recipients in 2012. Tanya also received a Golden Apple Award as an honor teacher in 2017, given by an honor graduate whose life she impacted more than any of his other teachers.

Tyrone C. Howard is a Professor of Education in the School of Education at UCLA. He is also the Director of the UCLA Black Male Institute and the UCLA Pritzker Center for Strengthening Children and Families. A former classroom teacher in Compton, California, his current research interests center on race, equity, access, and improved school outcomes for marginalized youth. Find Tyrone on Twitter at @TyroneCHoward.

Topics: Not This But That, Tyrone C. Howard, No More Teaching Without Positive Relationships, Jaleel R. Howard, Tanya Milner-McCall

What is "Out of Touch" Teaching? (And How to Combat it)

The Replenishing Gift of Literacy Coaching

The Obstacles And Solutions To Literacy Coaching

A Look Ahead at The Fall 2020 Professional Books!