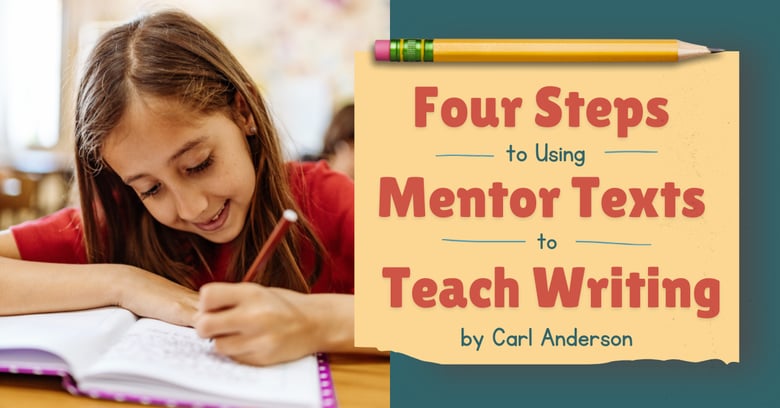 How do you use mentor texts to teach writing well?

First, know what you can teach with mentor texts.
Mentor texts are great tools for teaching two kinds of lessons:

Experienced writers are in the habit of noticing what other writers do, a special kind of reading we call reading like a writer (Smith, 1983; Ray, 1999). When they compose, they envision how their writing could go by drawing upon all they’ve learned from this reading. When students are learning how to write, studying mentor texts likewise helps them envision how they can use new craft techniques and conventions, and make these moves part of their writing repertoires.

Third, learn to draw on mentor texts to talk descriptively about craft techniques and conventions.

Traditionally, teachers have talked about writing prescriptively. That is, they’ve told students how to write in ways that are too general to be of use, by saying, for example, “Be sure to draw in your reader with a good lead,” or “Be sure to use commas correctly.”

When you use mentor texts in your teaching, you have at your fingertips concrete examples of craft techniques and conventions to refer to during your mini-lessons, small group lessons and writing conferences in order to describe precisely the writing moves you want students to try. And you can show them exactly what you mean!

Let’s say you want to teach students to define words in their nonfiction writing that may be unfamiliar to readers. Instead of just telling them to do so, show them an example from a mentor text that demonstrates exactly how an author defines terms. For example, let’s say you show them this excerpt from a feature article about Kenyan animals that I wrote:

Hyenas are carnivorous. That means they are meat eaters.

During the lesson, as you show students this example, you can say something like this:

Notice in this video of a small-group lesson that I did with fourth graders how I used the feature article Surprising Saturn by Liz Hyuck to teach students to define words in their own feature articles – and showed them how Hyuck does it. I described the writing technique mentioned above, as well as two other techniques. As you watch the first few minutes of the lesson, notice how I use the mentor text to teach the students descriptively – and invite them to describe some of the techniques, as well.

To teach with mentor texts, you need to feel comfortable describing what writers do when they use craft moves or conventions, and this may seem daunting at first. That’s not surprising, since you probably didn’t get much experience with reading like a writer in school yourself! You also may feel unsure when you teach a new craft technique for the first time, even if you’re confident describing craft techniques and conventions you’ve taught before.

To describe a craft move or convention precisely, try these strategies:

As you teach the craft move or convention again and again, you’ll find you get better and better at describing it! You’ll also get better by discussing mentor texts with colleagues, and hearing how they talk about them.

Notice in the video of a mini-lesson I did with primary students how I used the mentor text Jabari Jumps by Gaia Cornwall to teach them to weave together character actions, thoughts and dialogue as they write a narrative scene – and showed them how Cornwall does it. As you watch the lesson, you’ll see that each of the teaching moves are annotated for you:

As you integrate these teaching moves into your classroom practice, they may feel clunky at first. Over time, the moves will feel more natural, and teaching with mentor texts will become a powerful and effective way to strengthen your students’ writing. 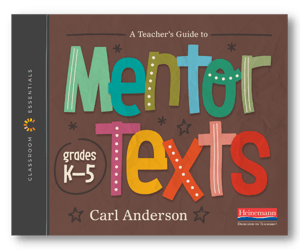