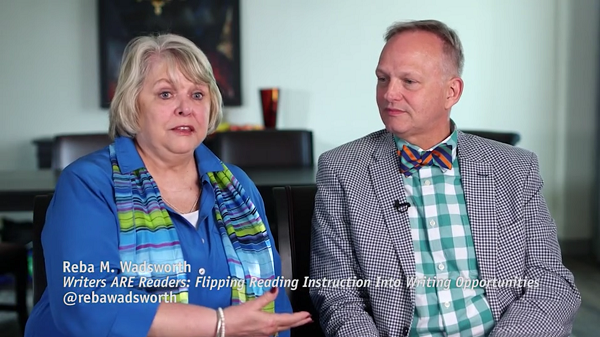 October is National Bullying Prevention Month. In today's blog, Reba Wadsworth continues the conversation her coauthor Lester Laminack started in the last post, and discusses the preparation needed to write a book like Bullying Hurts.

Researching to write Bullying Hurts took us on a painful journey as we encountered fact after fact that revealed senseless tragedy and pain. Each day, as new revelations were uncovered, Lester and I would have hours of conversation sharing our newest findings, and we developed a fear for our young people growing up in a world where bullying has become so much a part of the accepted American culture. We knew from our years of work in classrooms that, in reality, bullying takes place every day, but what we came to face was beyond our understanding at the depth and results a joke or an act of bullying could cause in the emotional stability of another. This knowledge soon became a reality for us as we spent those months writing, and later working with teachers, to establish and implement plans to address bullying in the classroom.

In preparing for this blog post I did a quick internet research to check the pulse of what was currently happening in the field. Sadly, I found little had changed and that within an average year there were still over 4,000 young people in our country seeking relief from the taunting and teasing of others to choose instead to end their lives (CDC). In another study from Britain I found that over half of the suicides committed in that country were directly tied to bullying. But the one fact that shook my educator's heart came from an ABC report that revealed thirty percent of ALL students in our schools were either a victim of bullying or were the aggressor themselves. The internet can make your own research current and easy, and hopefully will stir the campaign for each of us to become an agent of change!

Educators are this world’s best hope of a brighter future

You are busy educators who have new curriculum decisions and demands placed on you each year, and so the questions arise: How do you find time to put on new lenses that look beyond the curriculum and instruction for depression in any of the children in a classroom where twenty or more children are sitting with a vast array of needs? How do you find the time to listen in with an empathic ear to detect depressed talk that deals with death or suicide? When do you include in your active thinking the comments a child could make saying that the world would be better off without them in it? But the reality is: how can we not?

We know that working as an educator in today’s classrooms has never been so supremely important. Educators are this world’s best hope of a brighter future with citizens who are mentally and emotionally healthy. Therefore, in today’s classrooms we must seek to understand the cycle of bullying by knowing how a child becomes a bully or the target of one. If we don’t understand the vicious cycle and intervene not only do the bully and the victim suffer but the culture of society will be affected as well.