Bridging The Divide Between Creative Writing And Literary Analysis
END_OF_DOCUMENT_TOKEN_TO_BE_REPLACED

Bridging The Divide Between Creative Writing And Literary Analysis 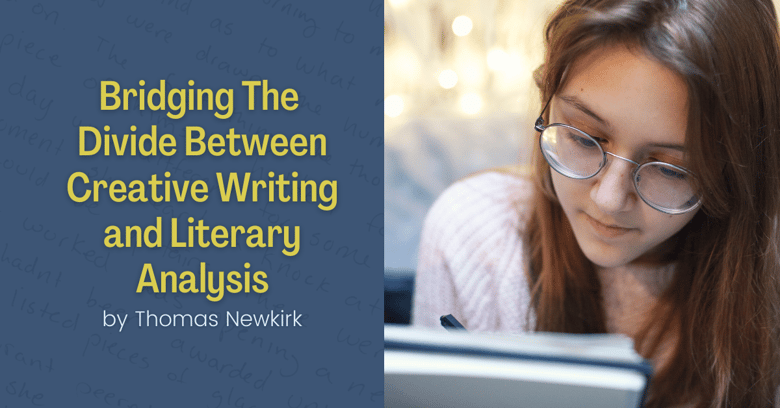 The following has been excerpted and edited for length from Tom Newkirk’s book, Writing Unbound.

Ninth grader Josie began her own novel as a kind of protest against the way the directors of the TV series The Hundred ended season 5:

They majorly screwed up the plot and the characters in my opinion and it didn’t feel true to who they were. so you know, “i’m going to finish the season for you.

And so, she joins the great subculture of fan fiction, posting her revised version of The Hundred on the mega website Wattpad.

It occurred to me that when Josie says the ending of The Hundred was “majorly screwed up,” not “true” to the way the plot and characters have evolved in the series, she was performing an act of literary criticism. And that the attraction of fan fiction, or at least one of them, is operating from a deep understanding of characters, to the point where you can imagine them in other settings, and in other relationships. It also occurred to me that we can poach this technique to enhance the reading of novels in class—bridging the divide between creative writing and literary analysis.

Here is how it can work.

In any novel there is a scene or part of the story that is implied but not told—there is a backstory, there are imaginary sequels, what happens after the novel is done. For example, in the 2013 Baz Luhrmann film version of F. Scott Fitzgerald’s The Great Gatsby we start with Nick Carraway in a psychiatric hospital, recovering from the events of the story. There are also scenes that we get glimpses of in the novel, which a screenwriter might have to expand on.

One such scene takes place after a catastrophic day in New York, with the excruciating confrontation between Daisy and Tom in the sweltering hotel room and the accident on the way back that kills Tom’s mistress, Myrtle Wilson. At the end of the day, Gatsby has positioned himself outside the Buchanan mansion, essentially stalking Daisy, where he surprised Carraway. Gatsby asks him to go up to the kitchen window and see if Daisy is all right. Here is Carraway’s account:

Daisy and Tom were sitting opposite each other at the kitchen table with a plate of cold fried chicken between them and two bottles of ale. he was talking intently across the table at her and in his earnestness his hand had fallen upon and covered her own. once in a while she looked up at him and nodded in agreement. they weren’t happy, and neither of them had touched the chicken or the ale and yet they weren’t unhappy either. there was an unmistakable air of natural intimacy about the picture and anybody would have said they were conspiring together. (1995, 152–53)

We are left to infer what was said—because Carraway can’t hear the conversation. But what was said? Did Daisy admit that she was driving the car that killed Myrtle Wilson? How does she explain the fact that Gatsby was sure she would leave Tom for him? What is she agreeing to? And why is she agreeing? To answer any of these questions, the screenwriter–student needs a sense of this relationship—and writing the missing dialogue is an act of character analysis. How do these deeply flawed characters handle this difficult moment?

My friend Marty Brandt posed this challenge to his seniors—and began by inventing a letter, dated July 5, 1924, that Fitzgerald’s editor, the legendary Maxwell Perkins, might have sent to Fitzgerald and that ends with a request:

Finally, there is one scene in the book that bothers me. It’s the one after the accident that kills Myrtle, where Nick observes Daisy and Tom “conspiring together.” I found myself wanting to know what they’re saying. I suggest that you revise that scene: as you establish its setting, make sure the window’s open—it’s a hot night, after all—add a few lines of dialogue (up to a dozen, at the most), and then share Nick’s response to it. Give my love to Zelda and stay clear of Ernest. He doesn’t have your best interest at heart.

Here is his assignment: For your final, you are to rewrite the scene as if you were F. Scott Fitzgerald. Make sure to do the following:

Marty shared with me the work of one of his students who fully embraced this assignment (writing six pages!). Here are two paragraphs:

“After all,” he laughed, and the sound was bitter and confident and humorless to my ear, “That man has nothing on me, don’t you think Daisy?” He gave her no time to respond smirking away as he cocked his head to the side in thought. “Thinking he could come and whisk you away after all we’ve been through, from Chicago to Kapiolani. And he thought he could pull the blinds on everyone—well not this guy!”

Quickly, my eyes widened at the smugness of his words. It felt intrusive to listen to this private conversation between the two, stuck in a corner trying to peer through a small window. I felt ashamed and a little guilty, and yet I hesitated to step away from the window. I felt like I was in a soap opera, albeit a poorly done one with characters I couldn’t give sympathy to, and it felt it was my service to keep watching.

Marty commented “Ha!” by this last sentence that so wonderfully captures Nick’s conflicted feelings of disdain and fascination—and his need to be of “service” to Gatsby.

It is hardly typical or representative—but it does show the upper limits of what can happen when we invite fiction writing into the curriculum. These kinds of activities can be playful, ungraded, unrevised, and light—and best of all, tie in with the reading curriculum. 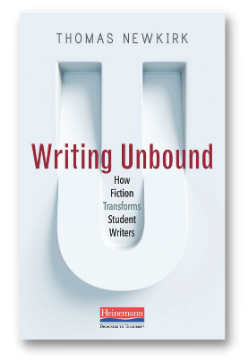 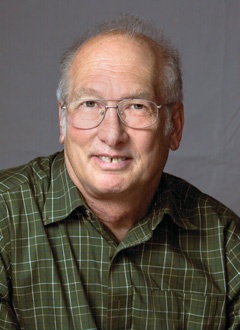 Thomas Newkirk is the author of numerous Heinemann titles, including Embarrassment, Minds Made for Stories, The Art of Slow Reading, The Performance of Self in Student Writing (winner of the NCTE's David H. Russell Award), and Misreading Masculinity. For almost three decades, Tom taught writing at the University of New Hampshire where he founded the New Hampshire Literacy Institutes, a summer program for teachers. In addition to working as a teacher, writer, and editor, he has served as the chair of his local school board. Follow Tom on Twitter @Tom_Newkirk. 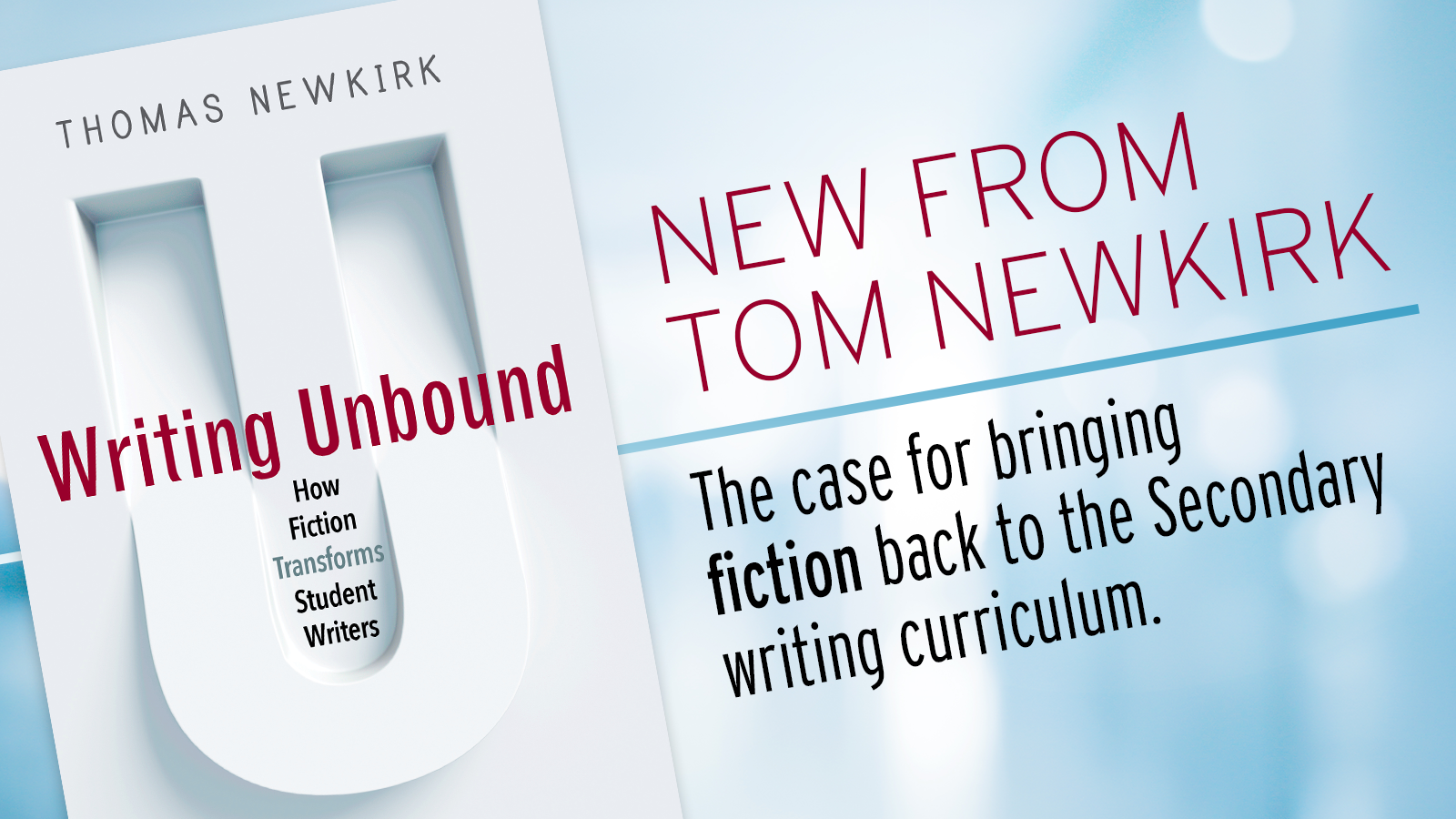 All About the Complete Comprehension: Fiction Expansion Pack