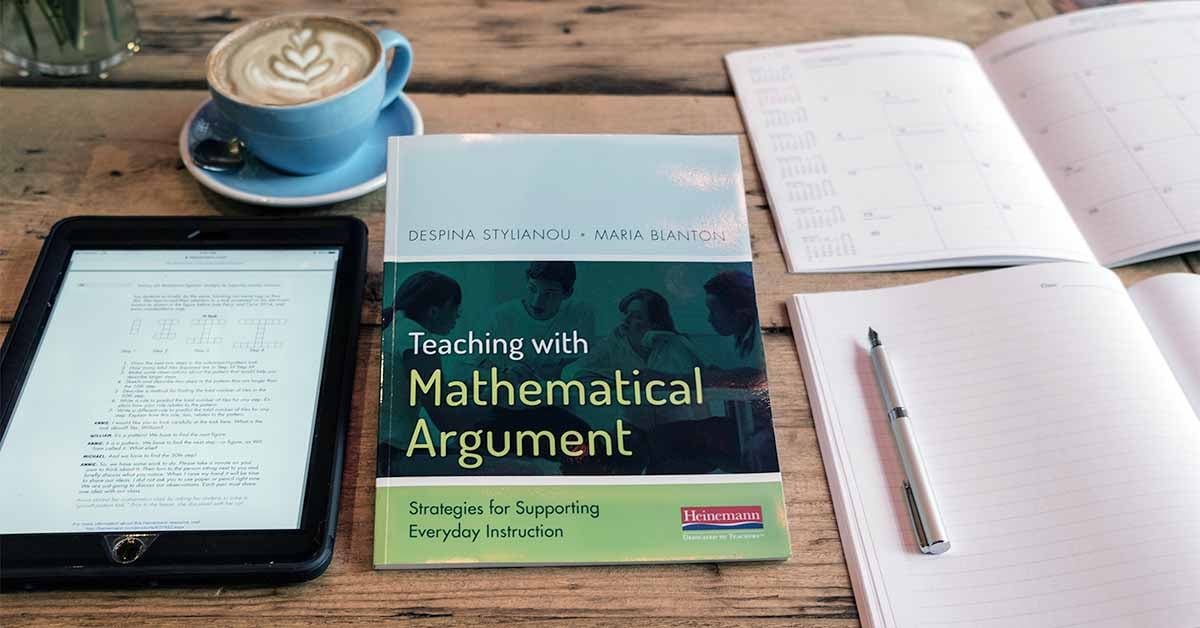 Our experience suggests that when these mistakes happen, they often offer an important opportunity in instruction. We should treat these moments of incorrect reasoning as teachable moments, as learning opportunities for both the students and the teacher. We can use these to learn to listen to each other’s arguments and build on others’ reasoning. Piaget in the early twentieth century taught us that disequilibrium—a state of uncertainty and, perhaps, incorrect thinking—is what sparks new learning. Staples and Colonis (2007) characterize mistakes and wrong answers as “catalysts” for discussions rather than dead ends in a path of reasoning. They note that mistakes “help the student and the class extend the idea that had been presented and continue to develop a viable solution collaboratively” (259). In argumentation, opportunities for extending a discussion can be paramount in our instruction. Rarely does an argument fully develop out of a few well-organized thoughts and statements. Rather, an argument is often the result of several extensions, clarifications, and elaborations of a few seed ideas. Also, Boaler (2016), quoting findings from research in neurology and cognitive psychology, argues that mistakes and the struggle that naturally accompanies them invite the brain to create new connections and grow. Thus, mistakes should be not merely accepted but welcomed. After all, restating and reusing known facts flawlessly does not necessarily promote learning.

The teacher’s attitude toward flaws in students’ arguments sets the stage and tone for the classroom. We need to ensure that students feel socially supported in their attempts to contribute, even when they make mistakes. We can use these opportunities to convey to students that making errors is part of the argumentation process, and we should use them to expand our understanding. We want to leave no doubt in the minds of students that mistakes are part of the process, even for accomplished mathematicians. In fact, mathematicians find that sharing confusions with colleagues is a helpful part of the process of building arguments. Staples (2008) encourages us to frame mistakes as “desirable contributions” (52).

“These are the moments I’m looking for at the beginning of the year,” says
Wendy Rodriguez, a seventh-grade teacher. “I make a big deal about those
flawed arguments, how they allow us to examine our understandings and
reveal possible holes in our reasoning and misunderstandings. With the first
opportunity, when I see a flawed argument, I thank the student, I celebrate the
moment! Students probably think I’m crazy, but from that moment on there
will be no teasing, and students are more likely to come forward with their
thoughts and arguments because they have support, not contempt.”

Wendy knows that the development of rich argumentation skills requires her to respect and capitalize on what the students have to offer in the moment, which might include flawed reasoning. She attended to faulty reasoning as an opportunity to model asking questions, explore misconceptions, and build opportunities for argumentation.

Learn more about Teaching with Mathematical Argument on heinemann.com

Despina A. Stylianou is a Professor of Mathematics Education at The City College of New York. She is also the Director of Mathematics in the City, a center for K–8 professional development focused on mathematics education. Her research interests lie in the area of mathematical cognition; her work explores the mathematical skills, sensibilities, and habits of mind, and actions that are critical to doing, learning, and using mathematics proficiently.

Maria Blanton is a Senior Scientist at TERC in Cambridge, Massachusetts. Prior to joining TERC, she was a Professor of Mathematics Education in the STEM Education Department at the University of Massachusetts, Dartmouth. Her work focuses on understanding issues of teacher and student learning associated with algebraic thinking in the elementary grades.