SMP #7: Look For and Make Use Of Structure
END_OF_DOCUMENT_TOKEN_TO_BE_REPLACED

SMP #7: Look For and Make Use Of Structure

Children naturally seek and make use of structure. It is one of the reasons why young children may say “foots” or “policemans,” which they have never heard from adults, instead of feet or policemen, which they do hear. They induce a structure for plurals from the vast quantity of words they learn and make use of that structure even where it does not apply. 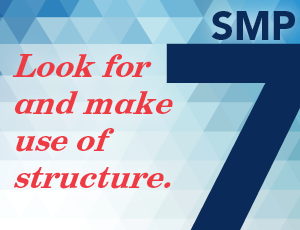 Mathematics has far more consistent structure than our language, but too often it is taught in ways that don’t make that structure easily apparent. If, for example, students’ first encounter with the addition of same-denominator fractions drew on their well-established spoken structure for adding the counts of things—two sheep plus three sheep makes five sheep, two hundred plus three hundred makes five hundred, and two wugs plus three wugs makes five wugs (no matter what a wug might be)—then they would already be sure that two eighths plus three eighths makes five eighths. Instead, they often first encounter the addition of fractions in writing, as 2/8 + 3/8, and they therefore invoke a different pattern they’ve learned—add everything in sight—resulting in the incorrect and nonsensical 5/16. Kindergartners who have no real idea how big “hundred” or “thousand” are (though they’ve heard the words) are completely comfortable, amused, and proud to add such big numbers as “two thousand plus two thousand” when the numbers are spoken, even though children a year older might have had no idea how to do “2000 + 3000” presented on paper.

SMP 7 refers to students recognizing that “7 × 8 equals the well-remembered 7 × 5 + 7 × 3.” The written symbols 5 × 7 + 3 × 7 = 8 × 7 are very compact, but the meaning they condense into just eleven characters is something that students understood well even before they learned multiplication. Before they have any idea what a collection of sevens is, they know that five of them plus three of them equals eight of them. It’s just five wugs plus three wugs again.

“Standard arithmetic” can be taught with or without attention to pattern. The Common Core acknowledges that students do need to know arithmetic facts, but random-order fact drills rely on memory alone, where patterned practice can develop a sense for structure as well. Learning to add 9 to anything—not just to single digit numbers—by thinking of it as adding 10 and subtracting 1 can develop just as fast recall of the facts as random-order practice, but it also allows students quickly to generalize and add 19 or 29 to anything mentally. The structure is a general one, not just a set of memorized facts, so students can use it to add 8 or 18 or 38, or 21 or 41, to anything, too. With a bit of adjustment, they can use the same thinking to subtract mentally. This is, of course, exactly the way we hope students will mentally perform 350 – 99.

In elementary school, attention to structure also includes the ability to defer evaluation for certain kinds of tasks. For example, when presented with 7 + 5 __ 7 + 4 and asked to fill in <, =, or > to compare the two expressions, second graders are often drawn—and may even be explicitly told—to perform the calculations first. But this is a situation in which we want the students’ attention on the structure (♣ + 5 __ ♣ + 4 or even

+ 4) rather than on the arithmetic. Without any reference to symbols “standing for” numbers, which might well be distracting or even confusing to second graders, they readily see that

+ 4 if the same number is under each hand. This same skill of deferring evaluation—putting off calculation until one sees the overall structure—helps students notice that they don’t have to find common denominators for 1¾ – ⅓ + 3 + ¼ – ⅔ but can simply rearrange the terms to make such a trivial computation that they can do it in their heads.

A very significant part of SMP 7 is the shifting of perspective to see the big picture—an overview, as the standard says, or some complex construction as a single object. 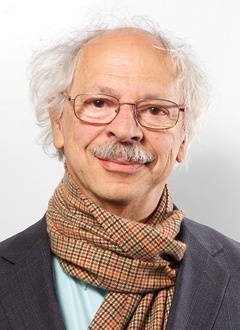 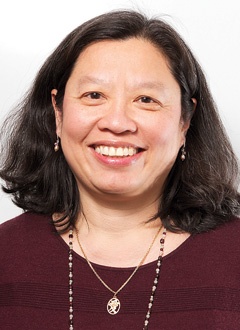 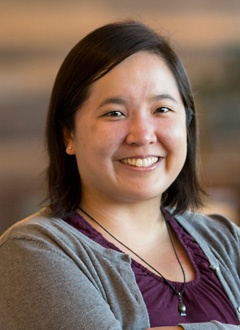 Paul Goldenberg, June Mark, and Jane Kang work in the Learning and Teaching Division at Education Development Center (EDC) in Waltham, Massachusetts. EDC is a non-profit organization that designs, implements, and evaluates programs to improve education, health, and economic opportunity worldwide. They are coauthors of the upcoming book, Making Sense of Algebra, and the research-based Transition to Algebra program. Follow EDC on Twitter @EDCtweets.

Next week, Max Ray examines SMP #8: Look for and express regularity in repeated reasoning. Click here to see the entire SMP series lineup and sign up for email alerts when each new blog is posted.