Inviting Students to See Themselves in Their Writing and Reading
END_OF_DOCUMENT_TOKEN_TO_BE_REPLACED

Inviting Students to See Themselves in Their Writing and Reading 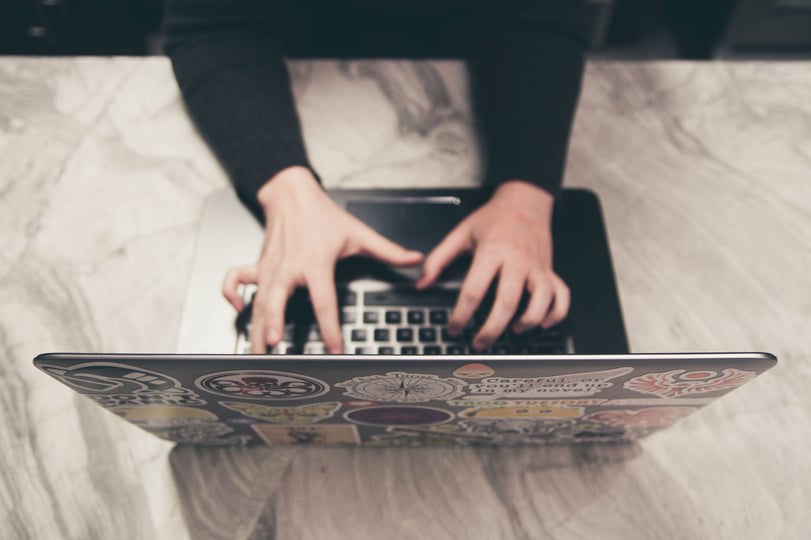 Every year, I work with dozens of students on their college essays. It’s exhausting but gratifying work, and the experience never fails to remind me how lucky I am to work with young people, especially at a time when they are on the cusp of becoming who they are. It is an honor and a responsibility I welcome.

I’ve had years of experience working with kids on their college essays, but this fall, I had a conversation with one student that surprised me. The bell had just rung, and as kids quickly packed up their things, Katie stopped me on her way out to pitch an idea she had for her essay. She wanted to write about her identity as a Korean American. Looking back, she realized, she spent much of middle school acting out in response to Asian American stereotypes. Asian Americans aren’t supposed to be good at sports—so she joined a soccer team and focused her energies there. On the other hand, Asian Americans are supposed to be quiet and submissive—so she went out of her way to be outgoing and friendly. Asian Americans are supposed to be smart and good at math—so she didn’t take her academics seriously (and now, with college approaching, she regretted that decision).

“Can I write about that?” Katie asked.

“Of course you can write about it,” I replied, warmly. “I think it’s wonderful and important that you do.”

But the next day, Katie returned to me, still unsure. “I just don’t know,” she wondered. “People I’ve talked to say that you should avoid talking about these things.”

She hesitated for a moment. “Race,” she replied, “You shouldn’t talk about race in your college essay.”

Here is the first essay question on the Common Application (used for admission to more than seven hundred colleges and universities):

Some students have a background, identity, interest, or talent that is so meaningful they believe their application would be incomplete without it. If this sounds like you, then please share your story.

As I spoke with Katie, she told me about the racism her father and aunt experienced, particularly when they first moved to the United States, how her father had been called a chink, how her aunt had been harassed simply for walking down the street. And then she shared her own struggles to come to terms with her identity—how she lied to her friends and told them she was going to her grandmother’s house instead of to her violin lessons.

I asked Katie who told her she shouldn’t write about race. Was it other teachers? No. Was it her guidance counselor? No.

I see. After a moment, I asked, “And are these friends also people of color?”

I don’t pretend to know all the reasons her friends would discourage Katie from writing about race. My guess is that her friends meant well. They care for her, and somewhere in their own experience, they learned that writing—or perhaps even talking—about race was “inappropriate.” I doubt anyone explicitly told them it was wrong. Even if her friends were students of color, they might have reacted the same way. But I wonder how many times in school students like Katie have been invited to think deeply about identity, to think critically about race, and to consider the ways in which those two intersect with other aspects of their experience. We send students messages about what’s worth (and not worth) writing about through our silences as much as our writing prompts.

I wonder: in what ways are certain topics treated as taboo in our classrooms and why? How often do we avoid talking and writing about race because we fear what others might say? If we avoid controversial issues like race, or gender, or class, or any number of social issues, how will our students learn how to have civic (and civil) discussion of such issues? And how will they know the pieces of themselves that matter most—the “background, identity, interest, or talent that is so meaningful they believe their application would be incomplete without it”—are valued and valuable?

Katie did eventually write about coming to terms with what being Korean American meant for her growing up and what it means for her moving forward. I think—or at least I hope—that writing about it was a powerful experience for her. When we write, we not only share what we know, we discover and clarify what we might become. Writing helps us to make sense of the world and who we are in it.

When we treat certain topics, especially those regarding issues such as race, gender, and religion, as taboo, we censor. And censorship silences—and silences can be deafening. I know because I’ve had those same silences in my own life.

As I wrote in a previous blog post on the need for inclusive practices, I have recently begun to reflect more critically and deeply about my own racial identity—and, more importantly, on the experiences I’ve had that informed it. In school, I was rarely, if ever, exposed to books written by people of color—and at home, the books I read were just as white.

Whenever my brother and I came home with a good report card, my mom allowed us each one small reward. I always chose books, but not just any books—the Sweet Valley High books by Francine Pascal. If you aren’t familiar with the series, the books follow sixteen-year-old twins, Elizabeth and Jessica Wakefield as they deal with what you’d expect of most tween and teen novels: friendship, romance, gossip, and sibling rivalry. I remember that Elizabeth was the “good” twin who was responsible, got good grades, and had a steady boyfriend named Todd. Jessica, on the other hand, was the “bad girl” of the pair, often getting in trouble with boys and hanging out with the wrong crowd.

Most of the other details have faded from my memory, perhaps thankfully so. But I always looked forward to the description of the twins in the beginning of each book. I remember reading and rereading the descriptions of the twins, which always fascinated me, like this one:

Dressed in a bright blue, skin-hugging minidress and matching tights, Jessica was an eye-catching sight. The outfit accented her long, shapely legs and brought out the blue in her sparkling aquamarine eyes. Across the room, Elizabeth, in her stylish but more casual wheat-colored pants and tan, striped shirt, also eyed her twin with admiration. Blessed with the same all-American blond good looks, the sisters appeared as alike as identical twins possibly could, but Elizabeth sometimes envied her sister’s more dramatic flair.

Though I cringe rereading these words now, I cannot overstate how influential these books were to my middle school self. As all who have survived those years know, middle school is hard. Fitting in was an excruciating process—especially when you were one of three students of color in the school (and one of the others was your brother). We contort ourselves in impossible ways to fit in, any way we can.

At the time, I read about Jessica and Elizabeth Wakefield because I enjoyed their sibling rivalry, their romantic dramas. But looking back, I realize I was also reading their lives as a mentor text for my own. I was studying them—learning from them what it meant to be a middle -class, suburban, white teenage girl. As the daughter of first generation immigrants, I didn’t have the same experiences as my peers, and I always felt like I was straddling two worlds.  I studied the Sweet Valley High books to learn how to fit in.

My mom eventually packed up and gave away all those dog-eared and weathered copies of my books. But a few years ago, I found a small set at a used bookstore. I bought two copies, the third title in the series, called Playing with Fire, and a “special edition” version called Winter Carnival. I keep both books in my classroom, and every year, I share them with my students.

The minute my ninth graders see the cover, their eyes widen and they break out in nervous laughter (for me, I hope, rather than at me). But I keep them close, and I share them for two reasons: 1) as evidence of the types of books I used to read, so I never judge students by what they choose; and 2) as a humbling reminder that kids choose books they need, that the books they choose for themselves are ones that meet some emotional, intellectual, or cultural need. Kids read what they need, and we should honor that.

I needed those Sweet Valley High books as a way to navigate the world around me, just as many of our students use other books to do the same. The series may not have been literary—and I’m fairly sure the teachers at my parochial school would not have approved—but I needed them.

And yet I wonder how my experience would have been different had I had books that could be not just windows into the world around me but also mirrors. What if I had books with characters who weren’t blue-eyed and blond, but characters who looked and felt a little more like me? What if I had characters like June from Amy Tan’s The Joy Luck Club, Dimple Shah from Sandhya Menon’s When Dimple Met Rishi, or Desi Lee from Maureen Goo’s I Believe in a Thing Called Love, or even Starr Jackson from Angie Thomas’s The Hate U Give when I was growing up? Jessica and Elizabeth Wakefield may have taught me how to assimilate, how to fit in. But June, Dimple, Desi, Starr, and countless others—they could have taught me how to be me.

Katie didn’t realize her racial identity was something worth writing about, and I didn’t know it could be something worth reading about either. I read those Sweet Valley High books to fill the gaps on my bookshelves, to find voices that would make up for the silences in my experiences.

Coincidentally, just the other day, I had another student tell me she really wanted to write about her intersectional identities, one of which was her identity as the daughter of Russian immigrants. “It’s so much a part of who I am,” she explained, “that I don’t know how not to write about it.” Yet, like Katie, she was hesitant. When I asked her why, she shared that her mother was worried how an admissions officer might react, and given the current political climate, it’s perhaps understandable.

But we kept coming back to that essay prompt—

Some students have a background, identity, interest, or talent that is so meaningful they believe their application would be incomplete without it. If this sounds like you, then please share your story.

“I think you need to write about this,” I encouraged her, “It’s your story.” She smiled, and then as she walked out the door, I called out after her, “And I can’t wait to read it.” 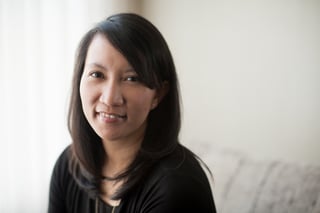 Tricia Ebarvia has spent the last 15 years as a classroom educator with a student-driven approach to teaching reading and writing. Through her career, Tricia has applied the philosophy of the teacher-as-researcher while applying best practices to “cultivate independent learners” through independent reading and student choice. “For better or worse, “well enough” doesn’t satisfy me. I approach each school year, each course, each unit with fresh eyes.” Tricia teaches at Conestoga High School in Berwyn, PA, and is a Heinemann Fellow in the 2016-2018 cohort. Follow her on twitter @triciaebarvia