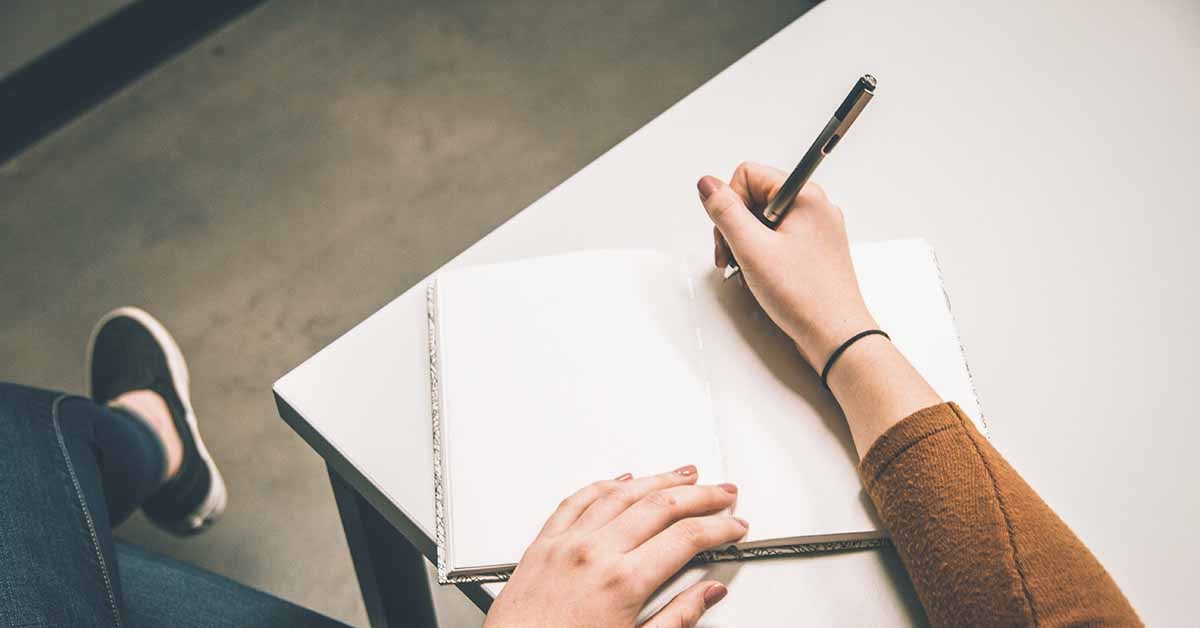 In second grade I was easily the best reader in my school. And while that may sound hyperbolic, I had the ice cream scoops to prove it—paper ice cream scoops, posted in our elementary school cafeteria on a giant bulletin board displaying a row of construction-paper cones across the bottom, one for every student in our school reading competition. The premise was simple: for each book you finished, you snagged a scoop of ice cream. Rarely in my life has a challenge so perfectly suited me. Until then I was devastatingly terrible at every sport my parents threw me into—soccer, flag football, basketball, t-ball—but now, for the first time, I was participating in an activity in which books were the ball you dribbled with. Chapters were the yard markers. Construction- paper ice cream was the trophy.

I began reading at a voracious rate—Encyclopedia Brown, Choose Your Own Adventure, Hatchet, Trumpet of the Swan—and the scoops piled up. I read, and read, and read some more until the librarian ran out of vertical room on the board. She did the only logical thing she could think to do and made a sharp turn left. And she continued turning left at each corner of the bulletin board until my ice cream scoops had made their way around to my cone again. By Christmas I had crushed the competition. It was a literary bloodbath.

I don’t remember what I won—probably a bookmark. But the point is, I read like a beast that year, and, as a direct result—to get the attention of a girl in my class named Madison Palmer—I started writing and illustrating my own children’s books. My teacher, Mrs. Clark, had a class library in the room filled with books I had already read. So in an effort to become one of the greats, I asked Mrs. Clark if I could write books and put them on the shelves. She said yes, and off I went, crayons and paper in hand, to begin writing my own stories.

The noble act of putting pen to paper and painting with words derived from one’s own imagination has been a constant in my life ever since. But as I’ve grown as an educator, I’ve found myself becoming increasingly curious about the role creativity plays in the life of a reader. Reading is, I believe, a fundamentally creative act unlike any other interaction with art. Stories only survive if readers work in concert with the author to give them life. Unlike painting or music, a novel or poem only truly becomes art when the reader engages with it; reading is a wholly unique artistic experience.

In Maxine Greene’s Variations on a Blue Guitar, she quotes the Belgian literary critic Georges Poulet as saying:

Books are objects. On a table, on bookshelves, in store windows, they wait for someone to come and deliver them from their materiality, from their immobility

. . . . Made of paper and ink, they lie where they are put, until the moment someone shows an interest in them. They wait. Are they aware that an act of man might suddenly transform their existence? They appear to be lit up with hope. (1969, pp. 53–68)

Lit up with hope. Probably not how most teenagers would refer to the books they are reading in English class, which is why it saddens me so much when I see a classroom of bored teenagers staring blandly at their iPads as the teacher (me) tries desperately to explain why the Porter’s scene in Macbeth is so gosh-darn funny. Creativity drained from the active engagement of reading, the teacher plods ahead toward the inevitable conclusion of the play, which is not when Macduff kills the mad king, mind you, but rather the analytic essay in which students who feigned interest for four weeks will passively integrate their quotes with middling efficiency. This is what Kelly Gallagher refers to as “Hell on Earth”: the 4-by-4 classroom mentality to which we as ELA teachers remain beholden.

When I student taught with the remarkable Sara Spachman at Curie Metro High School, in Chicago, we introduced close reading and analysis to our freshman IB students using a short story by Daniel Lyons entitled, “The Birthday Cake.” In the story, the protagonist, an elderly Italian woman named Lucia, is compared ever so gracefully to a cart filled with rotten fruit. As I was explaining the leaps one might make to associate the fruit cart with Lucia, a student stopped me and asked where I “learned to read like that.” I remember shrugging the question off and telling her something completely bogus, like “college” or “my teachers.” But on the long ride home on the L Train that day, I thought about her question. Where had I learned how to make connotative connections as I read?

I think back to those moments in second grade, binding my own books together for Madison Palmer. I think about the song lyrics I wrote in high school, the short fiction I wrote in college, and the children’s books I write now. I’ve realized that my own engagement with the art of writing has enhanced my understanding of the craft and thus my close reading skills. Problem was, I wasn’t spending a lot of time teaching my underclassmen how to write poetry and short stories. I left that to my senior-heavy Creative Writing curriculum. At the end of each semester, students would often thank me for helping them remember what it was like to love to write. I beamed at what a great job I was doing and earnestly pinned their thank-you cards to the side of my cubicle. I wasn’t making the connection that while the pats on the back from the seniors were nice, I was still forcing my underclassmen to complete the same activities that led my seniors to fall out of love with reading and writing. Just because they had me for a teacher when they were about to graduate didn’t make up for that fact.

As a creative person I know that the cultivation of my own creativity has meant more to me than any class I’ve ever taken. Who would I be if not for that second grade teacher who let me bind my books, or Mr. Hopkins, my high school band director? How might my life have been if I, like so many of my students today, had been forced to choose between playing saxophone and taking Spanish? Who would I be if I had shuffled off to school each and every day without a single outlet for my own authentic voice?

Such is the very definition of the creative desert: a daily schedule that many of our students face without a single fine arts class. “It’s grueling,” one of my sophomores, Rida, told me during a recent interview. “In all my classes I don’t use any part of my creative writing or anything. It’s just mainly facts and facts and facts.”

It is Rida’s creative desert that has brought me to the Heinemann Fellowship, a cohort of amazing educators spread across the country whose desire to better the profession is only matched by their gigantic hearts. Since those early days with Mrs. Spachman through the recent three days I spent meeting with the other Fellows in Portsmouth, I have been working on making my class a joyful oasis during my students’ day. The English classroom should not be a dreadful place to visit, and students should not hate joyful activities such as reading and writing. Something is sucking the life out of the curriculum we all treasure, and I believe we can do better. It is this belief that became the basis of my research question:

In what ways might a shift away from whole-class novels to a focus on music, art, poetry, and storytelling in the ELA classroom enable student self-expression and develop critical inquiry into the work of others.

Of course I want my students to read and write well. I want them to pursue lofty goals befitting young scholars. But I also want them to play. I want them to illustrate. I want them to wade into their own prose and verse. I want them wielding a pair of scissors as they cut into a text to make a collage. I want crayons and glitter and baskets of puppies—more specifically, baskets of pit bull puppies each holding a copy of The Hate U Give (seriously, I can’t seem to buy enough copies of that book).

I believe a more pointed focus on creativity in the ELA classroom can truly help students with their own critical analysis. For students to own their interpretations of literature they must see their own creativity as valuable and worth the time and effort it takes to engage with it. That creative curiosity should be the driving factor in a student’s own research into the text; it can lead that student to her or his own inquiry-based conclusions about the text and therefore enhance overall engagement. It isn’t a far leap to believe that the ownership students have, both of their own creative work and the work of others, will lead them to their own thoughtful work and align with both Common Core State Standards and district assessments. Growth will occur because the students themselves have grown as creative individuals. Their writing, their reading, their discussion, and even the quality of their education will certainly improve.

In my fourth period English 2 Honors class, sixty-nine percent of my students have no outlet during the day for their creativity. No band, no art, no graphic design, no choir. For some of course, that’s by choice. But for Rida, who confessed to writing poetry in her spare time and who has shown up for every one of my slam poetry meetings this year, her demanding schedule does not allow her to do that work during the school day. And, for a girl like Rida who will most certainly take a more advanced class her senior year instead of Creative Writing, the entire makeup of her high school experience could be lost in the creative desert. If she isn’t finding a creative outlet in her English class, where in the world is she going to find it?

I hear so often that there isn’t enough time in the school year to make room for the creative stuff. As if writing an essay or memorizing plot points is what helped English teachers fall in love with their content area. There is a better way than teaching to district assessments and high-stakes college entrance exams. In my Heinemann research, I want to push the idea that though we may have to teach a type of formulaic writing, we don’t have to abandon the work that truly matters to our students. I’m asking that we give up our desire to hold on to a sacrosanct collection of novels that we have been teaching since the mid-80s. I’m asking that we allow students to be more creative in the classroom through the books they are reading and the assignments they are completing. I’m asking that we take back our classrooms but only to then hand them over to our kids. If they are truly to succeed in a world beyond the windowless walls of our public education system, we need to let them create. 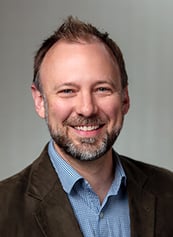 Brian J. Melton started his career in radio, journalism, and public relations. He integrates the experiences from his first career into his current role as an English and Creative Writing teacher at Glenbard North High School in Carol Stream, IL. He also advises a slam poetry team, who in 2017 performed at the Louder Than A Bomb youth competition. Brian believes in the power of conversation and self-reflection and infuses these values into his practice as an educator and leader. You can follow him on Twitter @Beezy_Melt