Empathy as A Radical Act
END_OF_DOCUMENT_TOKEN_TO_BE_REPLACED

Empathy as A Radical Act 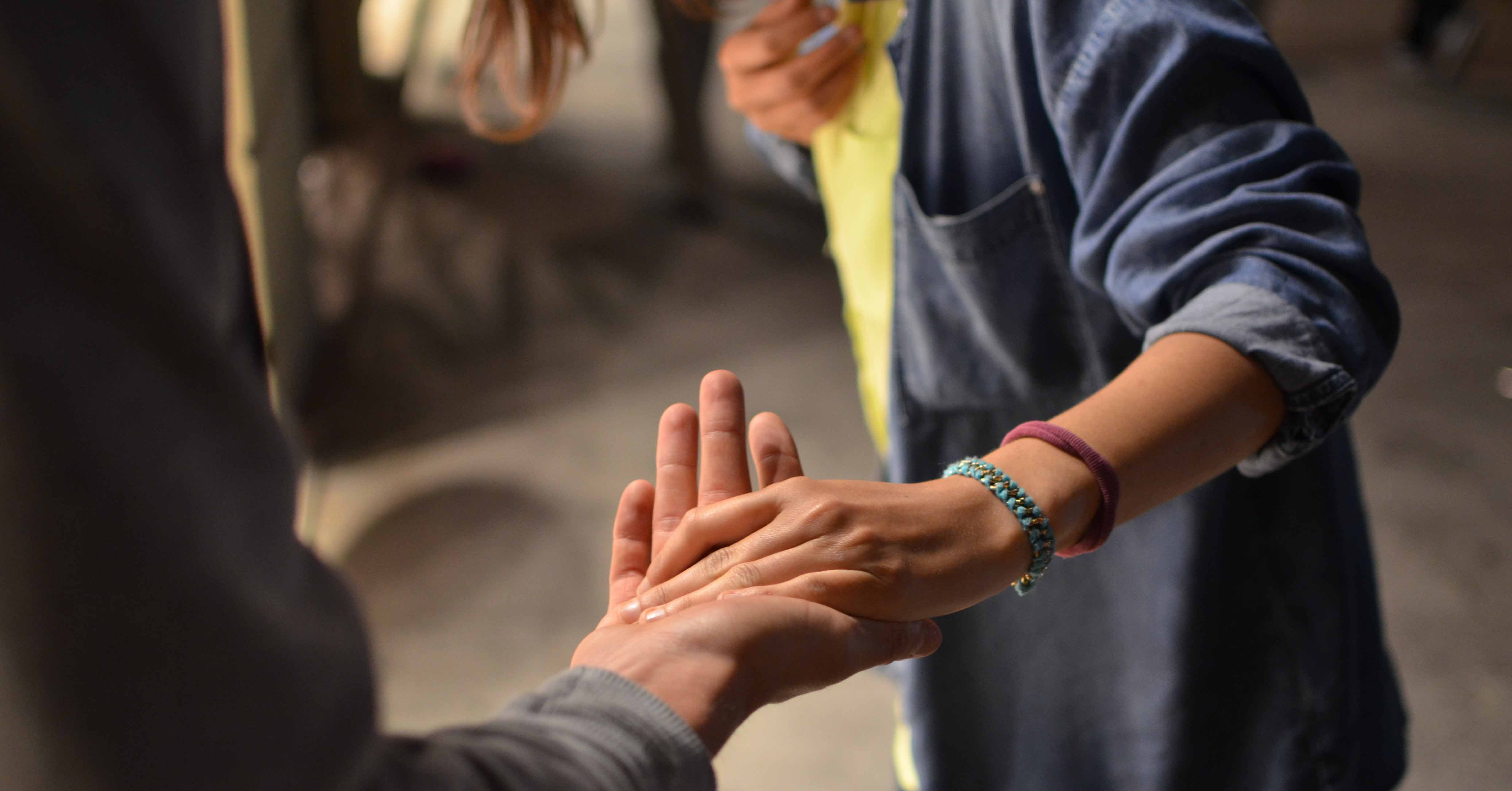 I first came across the term radical empathy at one of those required workshops that educators need to take to maintain their teaching licenses. I signed up way too late and needed to hurry and submit a certificate to the state showing I completed my required hours of “dignity” training. I was sitting in a too-hard plastic chair, elbow leaning on a too-small desk, in a too-damp college lecture hall, on a rainy Saturday morning with my fellow procrastinators. Scrolling through my phone, hungry and checked out, I was counting the minutes until I could grab my certificate and sprint out of there.

But amid my stomach growls and the white noise of the presentation, the Staten Island–heavy voice of the presenter broke through, as she showed a slide of a little girl sitting on top of a woman’s shoulders holding up a sign that read, “Radical Empathy.” I was intrigued by the phrase. Empathy as a radical act? The idea resonated with me. I immediately turned to my favorite professor, Dr. Google, to learn more. I came across a podcast featuring Pulitzer Prize–winning author Isabel Wilkerson, who spoke of the need for “radical empathy.”

Wilkerson says, “Empathy is not pity or sympathy in which you are—pity, you’re looking down on someone and feeling sorry for them. Sympathy, you may be looking across at someone and feeling bad for them. Empathy means getting inside of them, and understanding their reality, and looking at their situation and saying not, ‘What would I do if I were in their position?’ but, ‘What are they doing? Why are they doing what they’re doing from the perspective of what they have endured?’ And that is an additional step. There are multiple steps that a person has to take to really be open to that.”

Oftentimes in adult life, disagreements, usually stemming from a difference of opinion or worldview, lead to reluctance to care about a person who is different. This concept of the “other” has become so pervasive. To care about a stranger these days is seemingly so far-fetched it seems radical. As I sat in that workshop, I thought about the type of teacher I wished to be that year and the impact I wanted to leave on my students. I envisioned them growing as people conscious and considerate of the fact that they share this world with many different types of people. I decided to take on the radical act of teaching empathy to my students.

I wondered about the steps that Wilkerson spoke of. Why should this work even take place in my classroom? What are the steps one would have to take to be open to being radically empathetic? How could I outline those steps for my students?

I’m going to be honest with you. Though I left that workshop with the best intentions, the first few months of school came and went, and I was still not a fan of my new second-grade class.

I know, I know. Teachers aren’t supposed to say such things.  But it’s true! They were noisy. They were messy. They weren’t very kind to each other. They were wary of me and I was even more wary of them.

I had spent two glorious years looping with my previous class. My former students and I had a chemistry that just clicked. My teaching style and their learning style matched up so perfectly. After two years together, the students, their families, and I had a very strong bond, and I sent them off to third grade with much love and high hopes.

My new students and I seemed to lack the same synergy.

I’ve been a teacher for twelve years, so I pulled out every trick I knew to whip this class into shape. I tried incentives. We had Dojo, Kerplunk, Go Noodle, stickers, pencils, treasure boxes. I tried bribes. I tried Teacher-with-the-Mean-Face. I tried Teacher-with-the-Nice-Voice. We moved desks. I sang songs. We had meeting after meeting. Yet, the class was as noisy as ever. The kids constantly bickered with each other. I dreaded reports from art and gym. I was exhausted.

One afternoon during dismissal, a mom of one of my quieter students approached me. She wasn’t rude or angry, but she looked me sternly in the eyes. I braced for a complaint, but she asked quite earnestly, “So tell me something. Are you going to stay?”

I was perplexed. “Stay? Stay where?”

“Are you going to stay in this school?”

I stammered, “Well, I’ve been a teacher here for three years now and I don’t have any plans on leaving. Why do you ask?”

“Last year, my child had three teachers. I just wanted to know if you planned on staying or going.”

Immediately humbled, I nodded silently. It was at this time that I realized the first person learning about empathy would be myself. The behaviors, the wariness, the lack of support from families. My students had a singular way of thinking about school shaped by their experiences. I kept reacting to what was going on in my classroom, but I never took the step to ask why. What have they endured?

Children arrive in our classrooms full of emotions. Newborn babies come into the world knowing when they are hungry or ill or loved or pleased. We coax them into expressive language to help us, as adults, better understand them so that we can assure them we see their emotions and we understand and can provide what they need. Somewhere along the way we stop providing this assurance because the emotions become more complex. It’s easy when the needs are just hunger and clean diapers. It’s a lot harder when we must soothe anxieties about isolation, questions regarding identity, and fears of not being enough. It’s easy to dismiss kids as noisy, difficult, or unruly and quite another thing to challenge yourself as a teacher to look deeper at the fears that are hiding beneath. If I was going to teach empathy, I had to model being empathetic.

When I think back to Audre Lorde’s poem “Questionnaire to Oneself,” I hover over the first line “What are the words you do not have yet?” and focus on the word yet.  I believe a large part of our work as educators is to equip children with the words they do not yet have to express the feelings that are already there. My little people couldn’t tell me “I don’t trust you,” so they just didn’t listen to me. They didn’t know how to say, “I’m afraid you’ll leave,” so they pushed me away. They wanted reassurance, so they tested the limits. I wanted to be able to give my students the words to express their emotions and then have them, in turn, examine and understand the emotions of others. “The key is to give our strivers access to the full force of language: reading, writing, speaking, and listening” (Harvey, Ward 2018, 21). I decided to make literacy my tool to tackle empathy.

My first act of empathy was explicitly labeling our classroom as a space where listening occurs. We discussed how listening was different than hearing because when you’re listening you’re hearing the other person with a “willingness to change.”

We began this practice by establishing classroom meetings twice a day: once in the morning for greeting each other with kindness,  the second in the afternoon for free expression. We collaborated in establishing protocols for listening to each other that went beyond just waiting for a turn to raise their hand. At the beginning, I opened each meeting with a read-aloud. I chose the books based off problems in the class that I wanted to highlight. But as we began having more discussions, I listened more deeply to what my students were saying and used that to guide my book choices. What I heard was that immigration fears were a major concern as one student in our class had to return to his home country. I then invited (figuratively) author Yuyi Morales to join the conversation with her book Dreamers. Listening more also caused me to speak less and let some of our books give the words the student didn’t yet have. Later, Crown and I Love My Hair entered the circle as some of my young ladies were being teased in the cafeteria about their natural hair. It was a joy for all when Saadia Faruqi joined the circle with the Yasmin series and our Muslim girls found a place to highlight their stories.

Listening with empathy also pushed me to be more willing to change. One thing the students stressed during our meetings was that they didn’t have enough safe places outside school to hang out with their friends. They wished they had more time to talk with each other. Together, we formed classroom teams and collaborations. We made agreements that they can stay in these groups as long as they’re working on the assignments given. I spent lots of time restructuring my lessons around this group work and implementing more partner work and interactive time. The result was less time spent waiting for students to settle down or having to raise my voice to speak on top of them and more time in productive partnerships.

If you walk into my classroom today, you’ll most likely see my students huddled together scattered around my classroom. It will probably be messy and they still talk way too loudly. But productivity will be apparent, and you will see them making an effort to get along. There will also be something else in the air. Something hard to put your finger on and difficult to name. Visitors in my classroom often leave with comments like “Wow! you have such a good energy with them” or “They listen so well!” But neither of those statements get the full picture. My classroom finally become a space where kids listen to what others need, where they practice asking “why” before reacting. My classroom has become a space full of learners who have begun to understand that our room is a place where they can feel safe, loved, and able to thrive being themselves. What you feel, my friends, is joy. 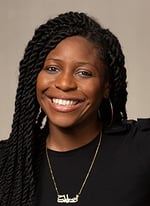 Islah Tauheed is a courageous advocate for teachers. She works toward change by creating safe spaces where people can let their guard down, express their true selves, and receive honest feedback. She is currently a 2nd Grade teacher at Linden Tree Elementary School in Bronx, NY, where she integrates a variety of curriculums and projects, including STEM, that reflect the diverse background of students in the school community. Izzie also holds a Master of Arts in Deaf Education.

Welcome to Water for Teachers, A Heinemann podcast focused on engaging with the hearts and humanity of th...
Mar 4, 2021 3:45:00 AM

Water for Teachers: Fear and Rebellion with guest Linda Aldebot