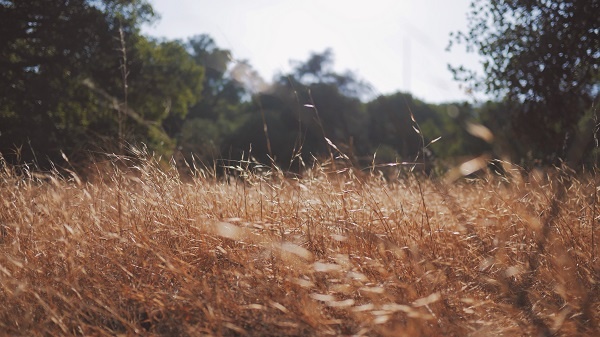 Tighten those laces and march toward the battlefield. Meet it head on, that is exactly what firefighters, doctors, and teachers do too—every day.

By Colleen Cruz, adapted from The Unstoppable Writing Teacher.

Lately I have been thinking a lot about how hard it is to be a teacher right now. Perhaps the hardest it’s ever been. And I started to think of other hard times in history.

It all brought to mind the patriarch of my family, my Uncle Louis. He’s a 91-year-old World War II veteran. He enlisted in the Marines right after Pearl Harbor. He was with the Marines’ Second Division. One hundred eighty highly trained, very effective soldiers in his division, who didn’t lose a soldier until Okinawa.

My uncle’s last battle was in Okinawa. The bloodiest battle in the South Pacific theatre. He lost his leg when a bomb landed in the ditch he and his fellow soldiers were holed up in. The guy next to him made a tourniquet for my uncle’s leg with his belt, and lost his pants in the process. My uncle remembered laughing and then passed out.

When my uncle woke up in the military hospital, he found out that he was losing his leg and that out of the 180 soldiers he was with, only six had survived. The soldier who had saved my uncle’s life with his belt wasn’t one of the six.

My uncle went on to marry, raise five children, run a successful beauty salon, and sing chorus in the San Diego Opera.

My uncle has lived a full life. About two years ago I got word that he had been invited to go on an Honor Flight. (Consider watching a trailer for a documentary about the program. It is worth the few minutes it will take to watch it. Trust me.)

For those who don’t know, it’s an organization that pays for World War II veterans to travel, all expenses paid, to Washington, DC to see their memorial. The one that took 65 years to be built. Now, because so many of the veterans are dying, it’s a race against time.

My partner, my older son, and I met my dad and Uncle Louis at the memorial. We toured all the great DC sites. My uncle was stoic through it all. A dapper man wearing a blazer and carrying a cane, he eventually tired and needed to sit in a wheelchair, which my father and I took turns pushing the rest of the day.

It was truly an incredible sight to see these gentlemen pile out of the bus after it pulled up to the memorial, met by honor guards and waving crowds. As we waited for my uncle to emerge from the bus, we stood behind some bikers wearing Vietnam Vet leather jackets, applauding and cheering. I heard one of them say, as an old man in a walker shuffled by, his military cap nested on his silver hair, “These guys are the real deal. There is no one tougher than these guys.”

"That's the first tear I shed for that war."

Toward the end of the monument tour, I asked my uncle if there was anything he definitely wanted to see before the buses moved on to Arlington National Cemetery. He said he wanted to see the Lincoln Memorial. We raced toward it, my dad hobbling along with a cane, my partner pushing a stroller, me pushing my uncle’s wheelchair. When we got up to the statue, somehow my Uncle and I got separated from our group. But, since we only had minutes to spare, I raced him over to Lincoln. I stood behind my uncle and watched as his head turned upward. Then I felt his hand grab mine. He placed it against his cheek. I felt wetness. I heard his voice rasp, “Do you feel that?”

“That’s the first tear I shed for that war. I just couldn’t do it. I could not do it. It was a hell of a thing. I was blown to bits. But I lived. They didn’t. And they were the better men.”

I stayed silent. I didn’t know what to say.

“They deserved to be here. I don’t. But I am still so grateful that I am here.”

My uncle was one of those soldiers who tightened his bootlaces and headed straight toward the battlefield.

Let me be clear. I am not at all suggesting that teachers are in fact soldiers. I know that there are very strong opinions on both sides of the fence and everywhere in between about soldiers and the military in particular. But, I do believe that teachers and soldiers and firefighters and doctors and anyone else with an occupation that requires trouble in order to fill it, have something in common. All of us in these sorts of professions go against what most typical people would do when they see trouble—avoid it.

Instead, we grab our gear and run toward it. When I hear, “Tighten those laces and head toward the battlefield,” I envisioned that teacher looking over her class list right before the school year starts and smiling because she is already imagining all the challenges her students will bring to her and how she can’t wait to face them head on. I thought of a colleague who walked into the principal’s office to thank the principal for placing a particularly high-needs kid in his class because he knew he could help the student.

In the introduction of this book, I asked you to consider yourself akin to firefighters, doctors, soldiers, like my uncle the World War II soldier—who, when they hear of trouble, don’t turn and run away like any sane individual would do. But rather, they tighten their laces and march toward where the trouble is.

He knew where he was needed. He tightened his laces and went.

Throughout this book I have presented troubles teachers have shared with me throughout my years as an educator, from their classrooms, in workshops, via letters, and through social media. I have done my best to offer you the wisest tips, suggestions, and strategies I know for the problems I have heard the most. Some of them will work. Some of them won’t. Some of your biggest troubles won’t even have been mentioned in this book. But I want you to know that it doesn’t really matter. That going through this book, whether just skimming the chapters you wanted to read or in a study group or with a partner, was important work. What you did there, in your mind, with your colleagues, envisioning the battlefield, planning for it, was just a dress rehearsal of what you’ll do countless times throughout this school year and the next. You, like so many educators before you, and so many who will come after you, are knowingly signing up yet again for another year of joy and laughter, frustration and disappointment, amazing stories and growth, tears and countless battlefields to march into.

And just like those young people from seventy years ago enlisted to the service of our country, knowing the dangers, expecting the risks, but believing the conflict in front of them was too important to turn away from, you too have volunteered for service of another kind. It’s a different sort of battlefield, with different sorts of conflicts to face. But it is fraught with struggle, problems, and a distinct advantage in having just a little bit of a pessimistic streak so that you aren’t caught unawares.

In a quiet moment after the Lincoln Memorial, I asked my Uncle Louis if he ever regretted going to war, or enlisting in the Marines. He had lost his friends, his fiancée, his livelihood, his leg.

He said, never once. He knew where he was needed. He tightened his laces and went. His only regret was that he didn’t do more.

Then he turned to me and said, in his raspy voice, “But, teachers, ah, are heroes too. Teachers are the ones that make sure this all”—he gestured to the grand monuments around us—“keeps rolling along.”

If I were in charge of the universe, I would make it that there was a memorial for teachers built in Washington, DC. One that honored all that you do and all those who came before you did. All the battles waged, some lost, many won. All the lives saved as we were up to our necks in the muck of it all.

And I would send you on an honor flight. I wouldn’t wait until sixty-five years from now. I would do it very soon. I would do it every year in perpetuity. Teachers would receive all expenses-paid trips to their nation’s capital to view their very own monument. You would be greeted at the airport by a choir of singers, a marching band, flags, and an honor guard of students, past and present, holding handmade signs, waving pom poms and tossing flowers, thanking you for all you have done, for all those you have taught to love learning, to discover their own story, to hone their craft so that their writing is worthy of their hearts. I would send you on an Honor Flight to thank you for all that you have done and continue to do as you gear up for the battlefields that still need to be marched toward. ♦

Colleen Cruz is the author of The Unstoppable Writing Teacher.

Create a Classroom Culture That Values Learning from Mistakes Over Compliance